According to unofficial data, Nvidia will buy Arm before the end of the month

Arm only negotiates with Nvidia

An exclusive publication from the British Evening Standard claims negotiations to sell Arm is nearing completion. At the same time, negotiations are going on only between Arm and Nvidia, that is, all other companies that have appeared in the recent news on this topic as potential buyers have remained on the sidelines.

The Evening Standard sources said the takeover, which could cost Nvidia more than $ 50 billion, should be completed by the end of the summer.

Arm was first listed for sale by its current owner, the Japanese company Softbank, back in April, when the investment bank Goldman Sachs was hired to gauge prospective buyers’ sentiments.

In April, Goldman Sachs approached Apple, which refused to buy. The bank then tried to create a consortium that would include Qualcomm, Samsung, and Nvidia. However, the only interested buyer was Nvidia.

The seller expects to receive about $ 52 billion. This is notably more than the $ 32 billion paid when buying Arm in 2016 .

The deal could be subject to conditions from the British government, which in 2016 insisted on maintaining Arm’s UK headquarters and increasing staff. It is unclear if these requirements will remain binding on the new owner.

The sale could also cause tensions in trade negotiations between the UK and Japan. Britain hopes to strike a quick deal with Japan before leaving the European Union for good next year. 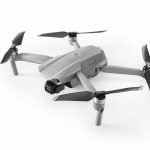