The Chinese company AGM, known for its dust and water-resistant phones with a rugged case, has introduced the AGM X5 smartphone to the home market. AGM X5 becomes the world’s first rugged 5G smartphone… The AGM X5 features an Armor-style body design and 6-sided shock protection. With the IP68 certification, the X5 will operate normally even when submerged in water to a maximum depth of 1.5 meters. The IP68 rating also makes it resistant to dust and dirt ingress.

AGM X5 is also certified according to the highest protection class IP69Kwhich guarantees no penetration of liquid supplied under high pressure. Also, the smartphone has a military-grade MIL-STD-810G rating, which guarantees high reliability of the device. As for the build, the AGM X5 has a metal frame with plastic protection, and its back is also made of metal made using an injection molding process. The device is 11.8 mm thick and weighs 274 grams.

AGM X5 is equipped with a 6.5-inch LCD teardrop notch display providing Full HD + resolution (1080 x 2340 pixels) and an aspect ratio of 19.5: 9. The smartphone is preinstalled with Android 10 with the XOS 5.0 add-on. The Chinese brand claims that the new OS offers 48 percent more features than its previous generation, and it has no ads at all. 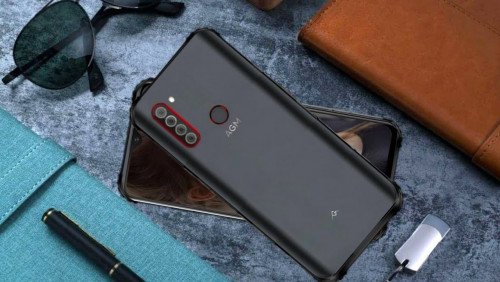 For taking selfies, AGM X5 is equipped with a 16-megapixel camera… The vertical quad camera on the back consists of a 48MP primary sensor, an 8MP wide-angle lens, a 4cm macro lens, and an infrared depth sensor. The smartphone has a fingerprint scanner on the back and supports face unlock.

AGM X5 is based on a chipset Unisoc T7510 5G… The phone comes with 8GB of RAM, 256GB of internal storage, a 5600mAh battery with 18W fast charging support. In terms of connectivity, it supports dual SIM, Wi-Fi, Bluetooth, and NFC technology, as well as USB-C and a 3.5mm audio jack.