Galaxy S10 owners were delighted to know that the update comes out in the first week of January… Everything seemed to be going well at first, but it looks like there are some serious bugs left that Samsung needs to take care of fixing. This is why the company has withdrawn One UI 3.0 update for Galaxy S10… 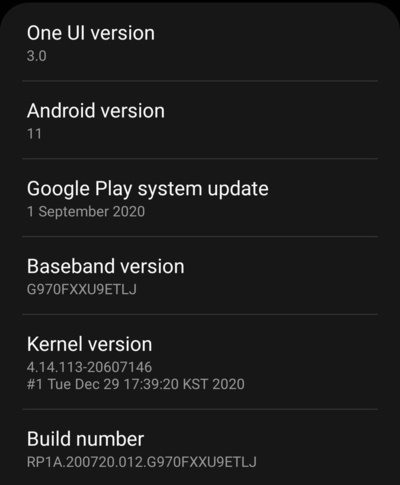 Presently One UI 3.0 update from Android 11 is no longer available for Galaxy S10 series… This applies to both updates over the air and updates installed via SmartSwitch. Samsung has not yet confirmed why it had to withdraw the update.

Some insiders suggest that there are certain errors in the firmware that need to be eliminated. Users complain about camera blur and device heating. There may also be unreported bugs that did not initially prevent Samsung from rolling out the update. It’s unclear at this point when Samsung plans to resume pushing the update for the Galaxy S10. We will closely follow the course of events and, as soon as we know something definite, we will inform our readers.