Best Cheap Samsung Smartphones You Can Buy in 2020

Samsung is best known for its flagship Galaxy S and Galaxy Note families, but this manufacturer offers phones at almost every price point alongside its expensive flagship models. We’ve already checked out some of the best Samsung phones. Perhaps you’re looking for cheaper options? Nothing to worry about, there are plenty of excellent and cheap Samsung phones out there, and there are plenty to choose from.

And we will keep updating this list as new low-cost Samsung phones with decent specs emerge.

You can see a trend in the segment of cheap Samsung phones – the higher the number in the name, the more powerful and expensive the device is. By following this rule, the Galaxy A51 will be the most advanced and expensive option on the list. You can play games all day thanks large battery 4000mAh and take high-quality photos using the main quad-camera (48, 12, 5, and 5 MP). Its large 6.5-inch Full HD + display underlines its impressive design, while inside, you will find 4GB of RAM, 128GB storage, and an Exynos 9611 chipset… There is also a 32MP front-facing shooter. The device is running Android 10.

There is also the A51 version with 5G support, which you can buy today too. It has 5G support, a larger battery, and extra RAM, but the two versions are nearly identical.

Taking a step down the ladder of cheap Samsung phones, you’ll find the Galaxy A31 there. It outperforms the Galaxy A51 in several ways but is much more affordable. Firstly, the Galaxy A31 is powered by a powerful 5000mAh battery and features a vibrant 6.4-inch Full HD + Super AMOLED display. Under the hood, you’ll find that the Exynos processor has given way to a chipset by MediaTek Helio P65… Samsung has loosened the main camera’s overall setup a bit, lowering the wide-angle lens resolution from 12MP to 8MP, but you still have four photo modules to choose from (48, 8, 5, and 5MP). The memory configuration is still the same – 4GB of RAM + 128GB of storage. The front camera also lost ground from 32 to 20MP. The model comes pre-installed with Android 10 OS.

It may not support 5G, but with a 5000mAh battery, Galaxy M11 is certainly rated for long battery life. The budget device features a 6.4-inch punch-hole Infinity-O display for an 8MP front-facing shooter and a triple rear camera (13, 5, and 2MP) to take decent photos. Inside, you’ll find a Snapdragon 450 chipset, as well as 3 or 4GB of RAM and 32GB of device storage. The Samsung Galaxy M11 runs Android 10 and is one of the newest smartphones on the list, but not the most powerful.

As we move further down Samsung’s line of cheap phones, it becomes more and more difficult to tell the two apart. Fortunately, Galaxy A21 very different from the A31 and A51. It returns the 12MP selfie camera to the perforation, while the fingerprint reader moves to the back of the device. You will still get a quad camera setup (16, 8, 2, and 2 MP), although they sacrifice even more megapixels and are now arranged in a row. The huge 6.5-inch display offers plenty of room, but Full HD + resolution has given way to the HD + option. Under the hood Helio P35 by MediaTekworking with 3GB RAM and 32GB storage. The battery capacity is 4000mAh. Software: Android 10. 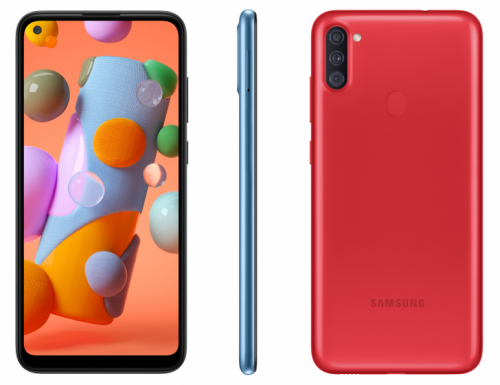 Near the end of our list, the Samsung Galaxy A11 is one of the best cheap devices you can find. It costs less than $ 200, but you still get a large 6.4-inch display and a 4,000mAh long-life battery. You’re not picking up the world’s most powerful device, but the Snapdragon 450 chipset will handle most day-to-day tasks. The Galaxy A11 even has a triple camera (13, 5, and 2 MP) with a depth sensor to let you get creative. There is also an 8MP front-facing camera for selfies. Just don’t overload the 2GB RAM, and make sure you can expand the 32GB storage as needed. Powered by a smartphone running Android 10.

Looking for the cheapest Samsung phone but don’t want an Android Go device? This is where it appears Galaxy A01 with a 5.7 ” HD + screen, running Android 9.0 Pie (update to Android 10) and One UI 2.0. However, you will definitely taste all the delights of using a budget device, including the chipset. Snapdragon 439, 2GB RAM, 16GB storage, micro USB port, 3000mAh battery and 13MP + 2MP dual rear camera. The front camera has a 5 MP resolution. 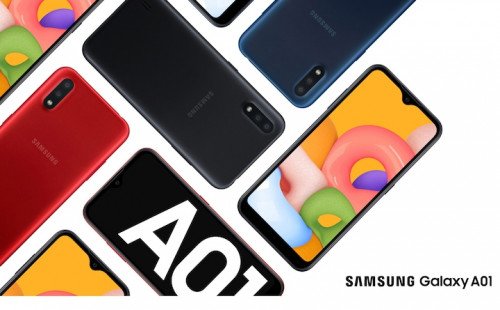 We’ll probably stop there in our search for the best cheap Samsung smartphones. But it’s worth noting that there are many inexpensive devices from other manufacturers. If you want the most bang for your buck, read our reviews of the best cheap Android phones.