Best Smartphones With NFC In 2020: Which One To Choose?

The NFC module in your smartphone allows you to quickly exchange various files with other mobile devices, make payments through services such as Google Pay, and much more. It has become an invaluable tool for the modern smartphone user. Most high-end phones these days have NFC on board, while the same cannot be said for budget and mid-range phones. Surprisingly true, sometimes it can be difficult to find a phone with NFC support and other features you need at a price that matches your budget.

If you’re looking to buy an NFC-enabled smartphone, you’ve come to the right place. Below you will find the best models at different prices:


We’ll be updating this list of the best NFC phones regularly as new devices come out.

New Samsung Galaxy S Series Released in 2020 – this is the base model S20 with the more expensive S20 Plus and S20 Ultra options. Forget the S20 Ultra here, it’s too expensive. Still, the more affordable S20 and S20 Plus offer ultra-powerful and ultra-expensive options that truly define the must-have of a 2020 flagship smartphone. You get the specs typical of the Galaxy S line, including top specs, affordable prices, a luxurious camera, a great screen, powerful batteries (different for each size), and surprisingly good software that’s constantly updated. And yes, the NFC chip too.

Both the S20 and S20 Plus have now dropped in price, including carrier offerings that are helping to make these handsets significantly more affordable. They tick many, many boxes, so you just have to choose whether you want more with the S20 Plus or less enough with the S20 and whether you can do without the full suite of 5G capabilities.

This year, the Galaxy Note 20 series encountered a bug that caused we only recommend the Note 20 Ultra… In a typical year, we would tell you that choosing between the Note 20 Ultra and the more wallet-friendly Note 20 is simple. But the only Note 20 you can get this year is the Ultra, the regular Note 20 just isn’t worth the money. 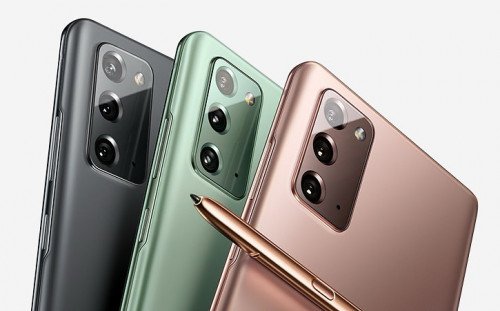 It’s worth knowing, of course, that both the Note 20 and Note 20 Ultra have an NFC chip, and both come with the S Pen, which has more tricks up its sleeve than ever. But even though the Note 20 Ultra is incredibly expensive, it still fully justifies its cost. Ultra has the best specs that will stay great for a long time to come, including the fastest processor Snapdragon 865 Plus (or Exynos 990)… Just keep in mind that neither the Ultra nor the vanilla Note 20 has a headphone jack.

OnePlus 8 Pro built on the latest chipset Snapdragon 865 and got 12 GB of RAM. It also features an in-display fingerprint sensor, a pop-out front camera and, of course, an NFC chip. This smartphone has a curved OLED display with a 120Hz refresh rate and a triple main camera on the back, as well as the fourth camera with colour filters. And finally, the apparatus supports data exchange in 5G networks… 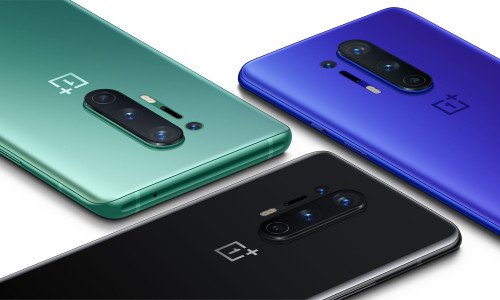 With the OnePlus 8 Pro, we obtain an official certificate for dust and water resistance IP and wireless charging, but the headphone jack is still missing. In fact, it is the best product in almost every way. If we take into account the discounts on the Samsung S20 line, provided by telecom operators and retailers, then in some cases (depending on the parameters that are more important to you than others), the offer can be considered simply excellent. Plus display 8 Pro – this is absolutely the best option…

Interesting that OnePlus 7T is still a great choice for anyone looking for a phone with a sleek curved screen and the best tech of 2019, without any fancy bells and whistles. It hides a chipset under the hood Snapdragon 855 Plus and high-end specifications.

Google’s first budget Pixel phone was the third generation Pixel 3a, but then its successor, the Pixel 4, has appeared on this list. Now Google has outdone itself again in the mid-range segment by pairing the Pixel 4a with the even more powerful Pixel 4a 5G. Although slightly more expensive than its little brother, the processor Snapdragon 765G Is all you need to enjoy 5G speeds. However, we’re actually here to talk about how good both models are. 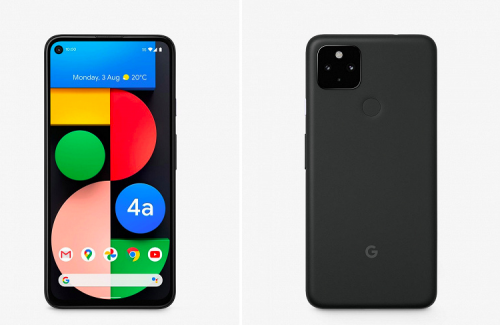 Both Pixel 4a and 4a 5G receive fast updates directly from Google, offer a headphone jack and, of course, an NFC module. The biggest choice you’ll have to make is to decide if you want 5G or not. It lacks features such as a higher refresh rate or waterproofing, but also the price starts from 349 dollars!

The Google Pixel 4a 5G is perfectly balanced, and all pixels should be like that. We’re talking about the Pixel’s perfect balance between a fair price and a real power. Many market analysts believe the Pixel 4a 5G, arguably the best mid-range smartphone ever made…

IN Redmi Note 9 Pro there are four great cameras for the price, there is a headphone jack, and there is NFC for mobile payments. It’s best to ignore the quality of low-light shots, though, as we found the Note 9 Pro to fall behind in this area. Under the hood, you will find powerful Snapdragon 720G chipset and the phone’s RAM starts at 4GB of RAM, although a 6GB version is also available. The Note 9 Pro also has a side-mounted fingerprint reader and can handle two SIM cards at the same time. A definite plus and then that its 5020mAh battery is huge… 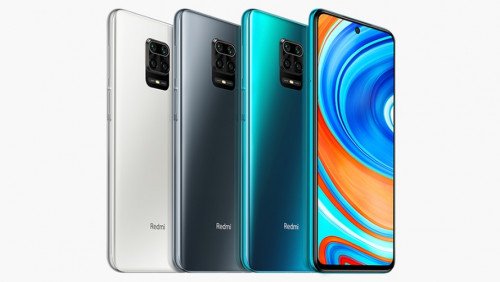 However, there are also some more disadvantages to consider when buying Redmi Note 9 Pro. One of them is the problem with dust getting into the smartphone camera. Some may not like Xiaomi’s MIUI shell either. The large convex camera module can also make adjustments to the model selection process for some users.

Galaxy A51 Is one of the best selling phones in the whole world. It is a huge step up from last year’s A50, which in itself was one of Samsung’s best mid-range phones in the past few years. Because the A51 costs less than $ 300 even without discounts, it offers, among other things, decent specs, great design, crisp display and versatile four-camera main photo module setup. These are all sorts of goodies and goodies, but they can get a little slow if you are using a bunch of productivity apps or playing heavy games at the same time. 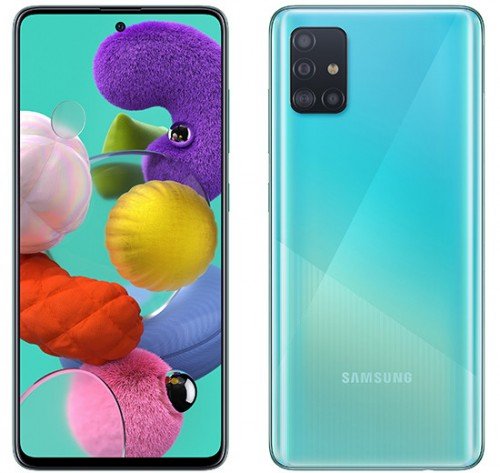 The 6.5-inch display on this smartphone is surprisingly good, while you get a built-in fingerprint scanner and a 4,000mAh battery with it. The model supports expandable storage, has an onboard headphone jack and is equipped with an NFC chip, which, among other things, can be used for payments via Samsung Pay… Of course, this is not a very fast machine and it may have some performance issues if you want to play the latest games. But it can handle the Internet, can be loaded with useful apps with 128GB of storage. And the Galaxy A51 also has a 4000mAh battery – powerful enough to last a long time on a single charge.

Nokia 5.3 – the best phone with NFC less than $ 200which you can get. It is more than affordable, but it still has something to offer users. The phone has a modern design with relatively thin bezels, belongs to the Android One family and comes with a main quad-camera on the back. It even has a headphone jack. 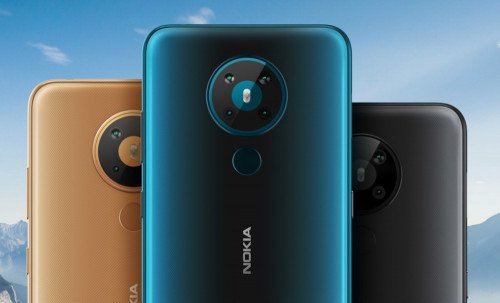 You won’t be overwhelmed by the performance of the Nokia 5.3, and it would be hard to expect it for the price, but the phone is powerful enough to handle common day-to-day tasks like checking email, browsing social media, watching cat videos on Youtube, etc. etc. It is a great buy for both entertainment and urgent problems.

Even though OnePlus has been striving to gain a foothold in the premium category over the past few years, Nord N100 shows that the company is still not ready to leave the budget segment either. An example of this, this version of the Nord is the cheapest device ever produced under the OnePlus brand. 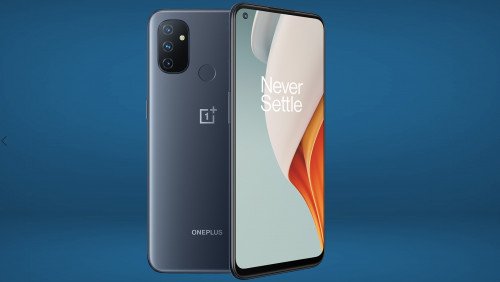 The OnePlus Nord N100 is far from a flashy model, but it’s a great buy if you’re on a budget and want Android 10 software to work. running OxygenOS… You also take into account the triple camera, all-plastic housing and headphone jack and agree with that. But, unfortunately, the OnePlus Nord N100 really lacks leadership qualities. It doesn’t shine in any significant category: the processor is weak, the screen is too fast for the rest of the hardware, and the camera comes with the same problems that the company has been trying unsuccessfully to solve on various models in recent years.

That being said, the battery life of this little device is impressive. OnePlus packs a 5,000mAh battery into the plastic case of the N100. You also there will be an NFC module for contactless payments… And that’s really the reason the model is included in this list.

The NFC-enabled smartphone at the bottom of our list saves money and brings us back to the Nokia lineup. This is one of the most efficient entry-level devices the company has created, which speaks volumes given its legendary history. Apparatus Nokia 3.4 costs less than $ 200but don’t sacrifice screen size or too many features to keep costs down. Here is a triple main camera, a perforated hole for a selfie shooter, and what Nokia calls a two-day battery – battery with a capacity of 4000mAh… HMD’s Nokia 3.4 is also one of the first devices to launch with the Snapdragon 460 platform, which should enable faster processing. 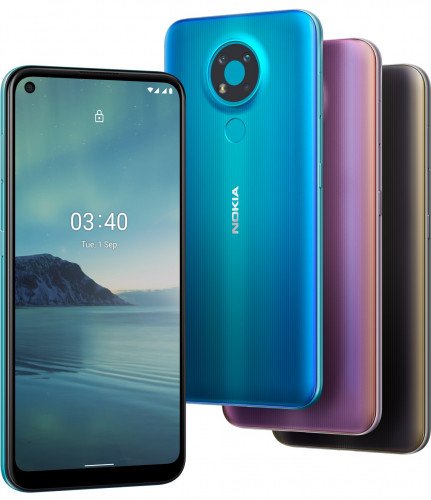 You don’t get high-performance RAM or storage, but that’s not what Nokia 3.4 is anyway. But the textured surface of the case is the colour of charcoal and large 6.39-inch HD + display add a little luxury to a versatile accessible device. As a result, Nokia 3.4 looks almost identical to the more expensive Nokia 5.3.

That’s all in our opinion best affordable smartphones with NFC… Of course, this is not the whole assortment offered today in the markets of different countries of the world, but we did not try to collect all of them. We have fulfilled our goal – to show you the best options for inexpensive smartphones with the NFC module.