Crash Bandicoot: On the Run is a fun runner for mobile phones. Players can run after the old fidget Crash. He will be joined by his sister, Koko, as well as the good medicine man Aku Aku. We have to run around various locations, collect materials, fight bosses and also pump Coco’s base. All this can make unprepared gamers dizzy. That is why we have created a guide with the most delicious tips. Here you will learn about how to grind crystals, what challenges there are in the game, secrets and everything else. Let’s run!

Skins in Crash Bandicoot: On the Run

Before the start of each race, you must choose a skin for Crash or Coco. Each of them provides a unique bonus, such as the Aku Aku mask. In addition, we can get a bonus to the drop of rare materials. Some skins come from the standalone Crash Bandicoot 4: It’s About Time. At the moment we have:

Crystals in Crash Bandicoot: On the Run

You should try to get this premium currency in your favorite way. With its help, we not only discover new and useful skins, but also speed up various developments on the Base.

At the very beginning, we get 80 crystals from Coco. Then you can watch ads, about five stones are given out for viewing. There are also daily tasks for Aku Aku; there are three of them, for them we get trophies and some more crystals. Another option can bring up to 200 stones, but once per season. To do this, you need to join a very active team and fight for the first place. If you enter at least the top 100, you will still receive some crystals, but these are crumbs. And finally, we will mention the “Crystal Races”, but there they practically do not give anything at all.

The last way is to invest your hard-earned money. There are certain “subscriptions” here: a certain number of crystals are given out for them every day. This is a good way to save money, because for the direct purchase of stones they will give several times less, on the other hand, you have to go every day up to a month to get all the crystals.

Coco’s base of operations in Crash Bandicoot: On the Run 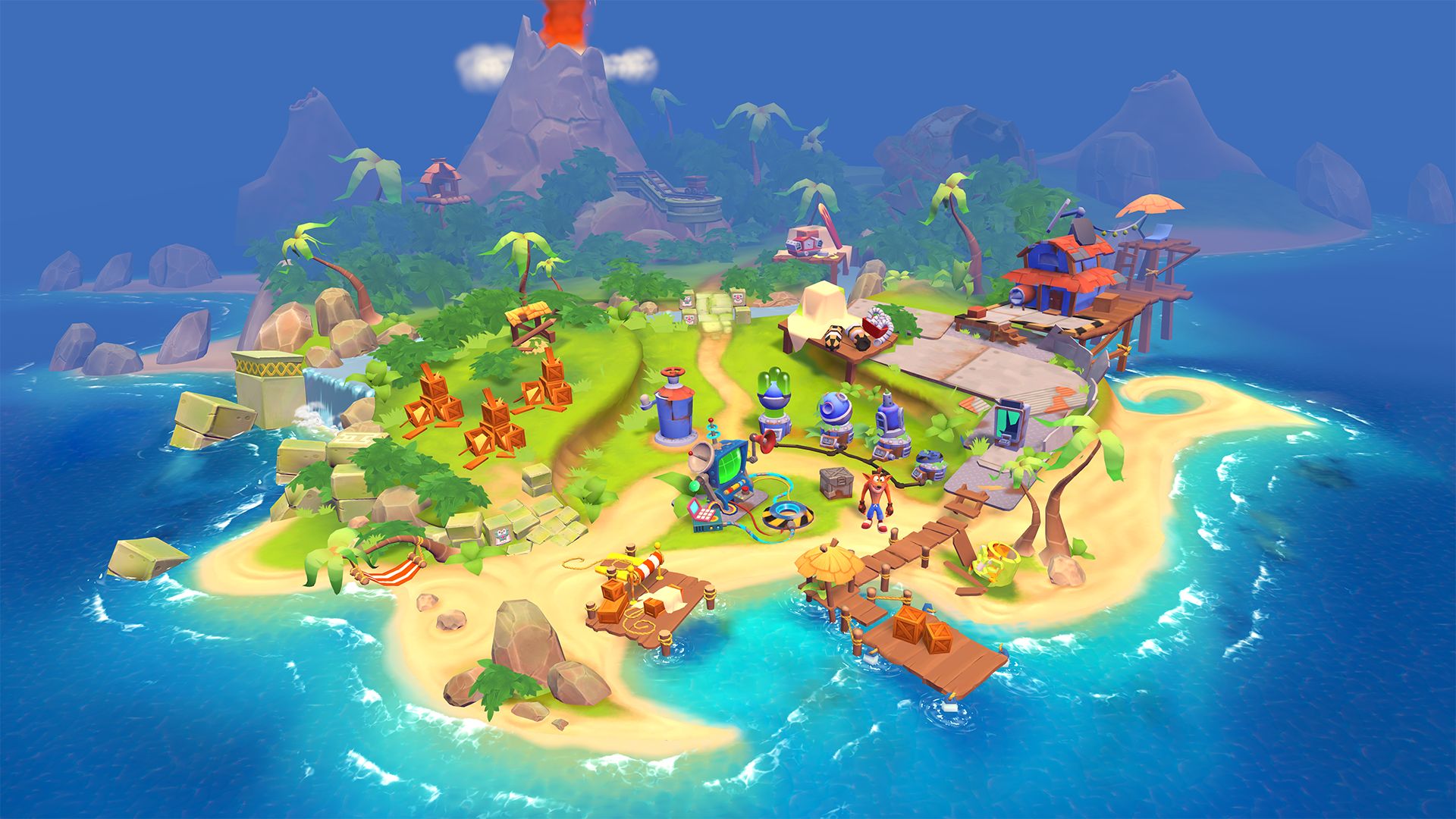 To pay off Neo Cortex and his minions, we need to prepare the ingredients. And the higher their level, the more rare materials will be needed. To create them, as well as for everything else, we go to the Base. There you can choose a mission, view dailies and create items in the Nitro Lab. If you don’t want to wait for a long time, then constantly load it with new orders. To do this, you need to constantly go in, pick up finished items and start production again. I recommend accumulating materials in order to open at least the second cell. Otherwise, your progress will be greatly slowed down.

Challenges in Crash Bandicoot: On the Run

These are kind of mini-missions. They do not open immediately, for this you need to advance a little along the plot. Compared to the usual missions, which are passed by the left toe, here the game will put us to the test. With each death, we will better understand the local mechanics. If you want to tickle your nerves, then the Time Trial is waiting. Well, for social players there are Survival Runs. There we, simultaneously with others, rush along the random map in an attempt to take the first place. In general, at the very beginning On the Run seems to be a typical Temple Run, but over time, the project begins to play with new colors.

Secrets & Tips for Crash Bandicoot: On the Run 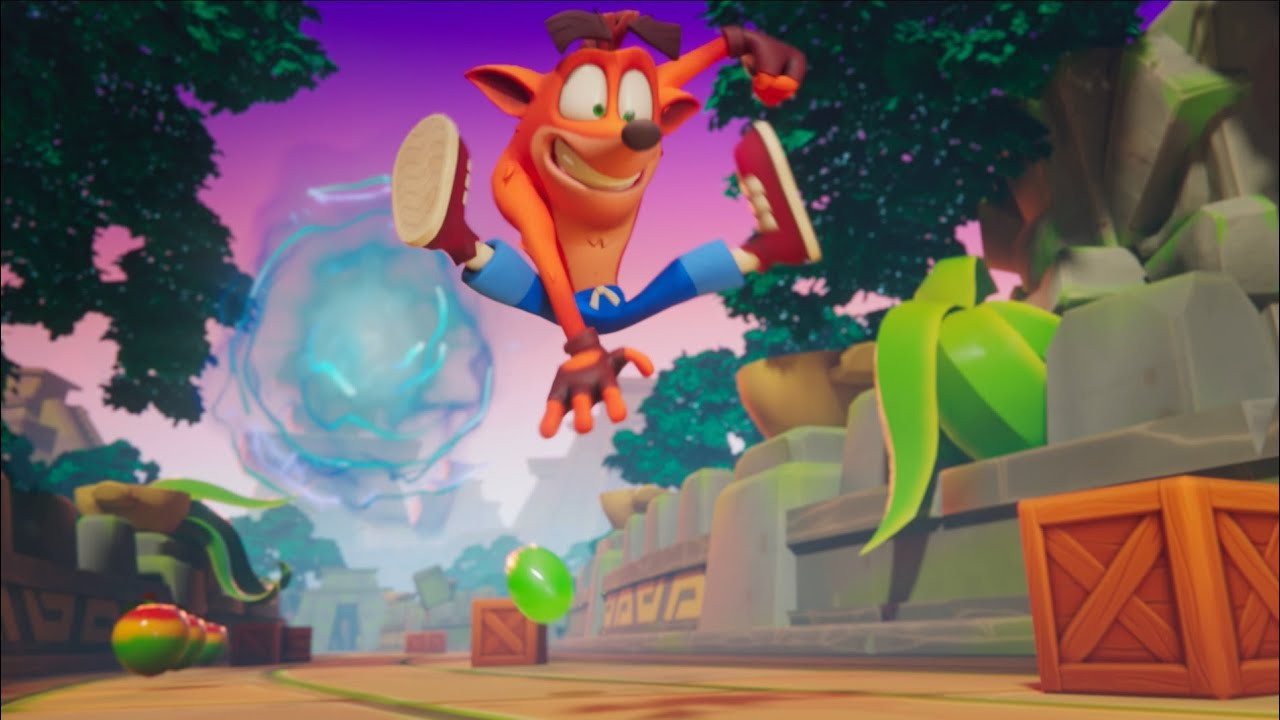 The first thing I would like to advise is to use your time profitably. If you do not want to pour money in, then urgently equip the base and, especially, the Laboratory. Check daily, challenges, and so on. Moving on – Aku Aku masks are very important. It is essentially an indicator of your health; masks are scattered across the levels. If you don’t crash into all the obstacles, then you can collect a third level mask for the boss. In this case, Crash will become invulnerable; you need it, don’t you? At the same time, do not try to break the boxes with your “body”. Due to the external simplicity, it may seem that Crash or Coco will do all the work for us, but this is not the case. You understand this especially when you die on a long race: all the collected resources disappear.

Don’t forget to join the team of other players. Thus, you can not only become part of something larger, but also get a chance for 200 crystals at the end of the season. And finally – shoot accurately at the bosses. I noticed that there is a delay between tap and throw. You cannot miss in the game, but you will get more trophies for an accurate throw. And they, like everything in Crash Bandicoot: On the Run, are worth their weight in gold.