Studio 505 Games released yesterday an interesting adventure called Drawn to Life: Two Realms. This is the sequel to the previous installment, Drawn to Life: The Next Chapter, released back in 2009 on the Nintendo DS. It was ported to iOS in 2014. Fans of the series will be able to meet memorable characters. They and other gamers will have to move between the two worlds to uncover the mysterious Shadow’s secret. The hallmark of the Drawn to Life series is the ability to create your own character. Not to be confused with similar systems in multi-user projects: here, we draw them ourselves. And this applies not only to characters but also to accessories for them and various objects that will be found on the levels. This was done with a stylus on the Nintendo DS, while on touchscreens, it was done with your fingers. Drawn to Life: Two Realms is available on iOS, Android, Nintendo Switch, and PC. This is a premium game and is currently on Steam with a 20% discount. 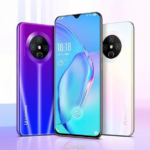 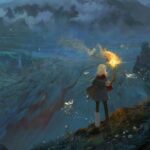