Essays on Empathy: An Overview

Spanish team Deconstructeam released only two commercial games, but which ones – even a few years later, you fondly remember and Gods will be watching, and The red strings club… And in between these releases, the developers attended “game jams” – events where you need to create a game on a given topic in a couple of days. It is from such short entertainments (and not only) that the collection consists Essays on empathy…

Games Deconstructeam are famous not only for interesting stories with exciting dialogues, but also for an incredible atmosphere. In them, everything is thought out to the smallest detail: what kind of music will turn on and when, how long the character will pause before the next line, how gameplay mechanics are intertwined with the narrative. All this, of course, is paid attention to by other developers, but the Spanish team is so deeply immersed in their worlds, as many are unable to do it. 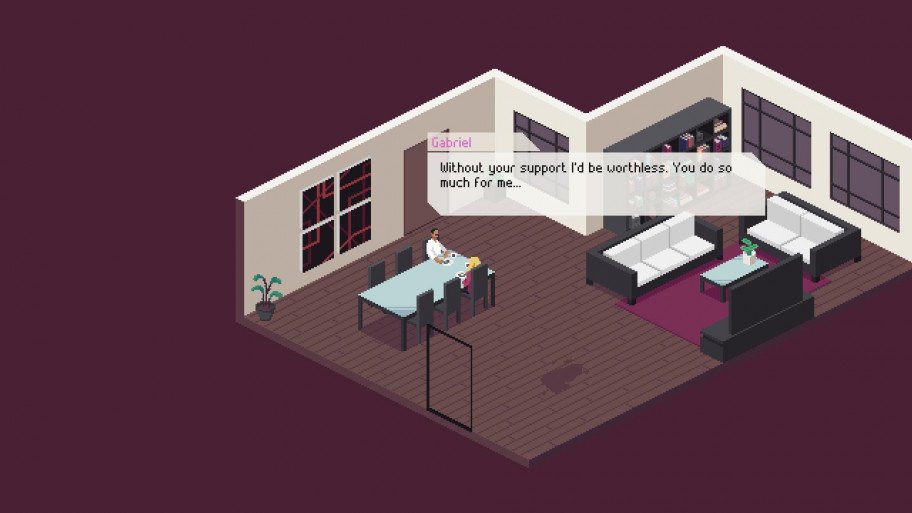 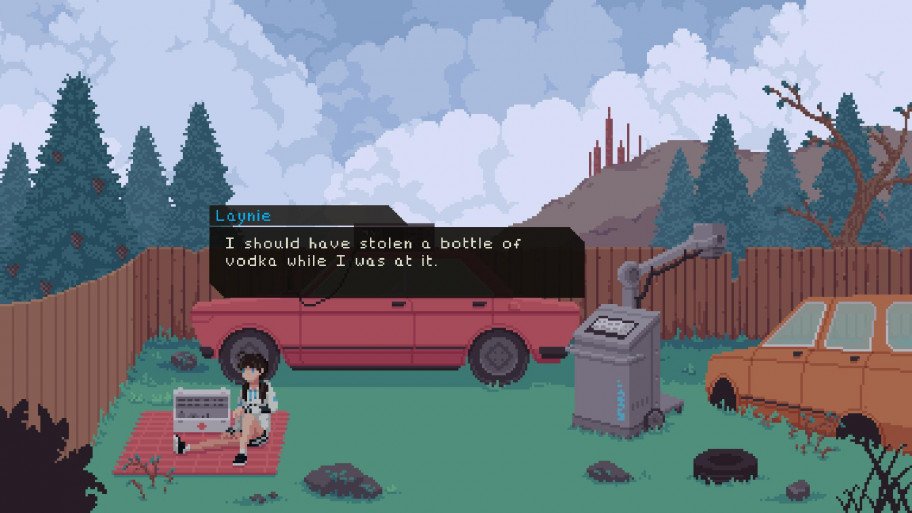 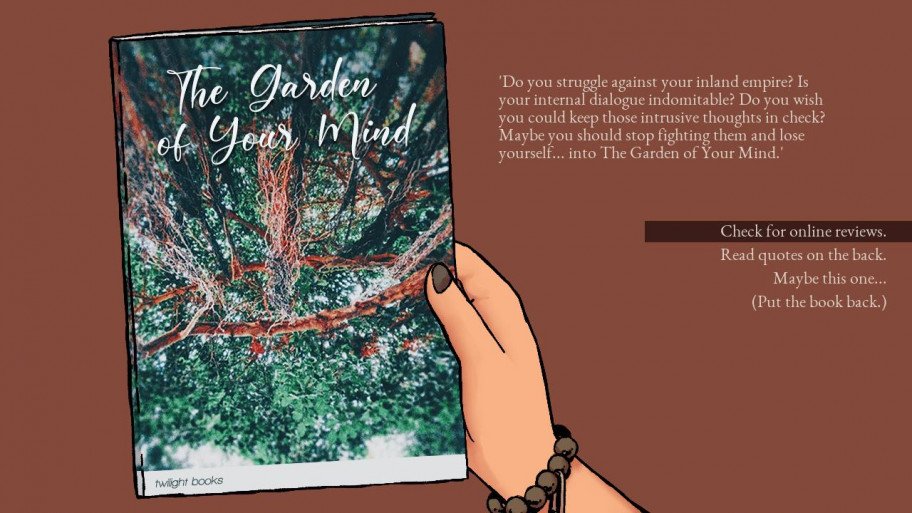 Serious quotes and reviews in The Bookshelf Limbo more than funny, because the game is not very interesting.

The same can be said about Dear Substance of Kin – a dark and very atmospheric adventure where, as a shaman-boiler operator, we fulfill the wishes of the villagers. The authors admit that these were their timid steps towards sandbox games, and the lack of experience is hard to miss – a lot of pointless walking and little time to reveal the story.

The collection also includes Zen and the Art of Transhumanism and Supercontinent Ltd… Both projects inspired developers to create The red strings club and in a slightly modified form were transferred here. The first talks about the android Akara-184 and the creation of personality-changing implants, and the second talks about Brandis making phone calls. IN Supercontinent Ltd there is even a tree of goals in the spirit of the latter Assassin’s creed – you need to carefully study the room and communicate with people on different topics, collecting data. 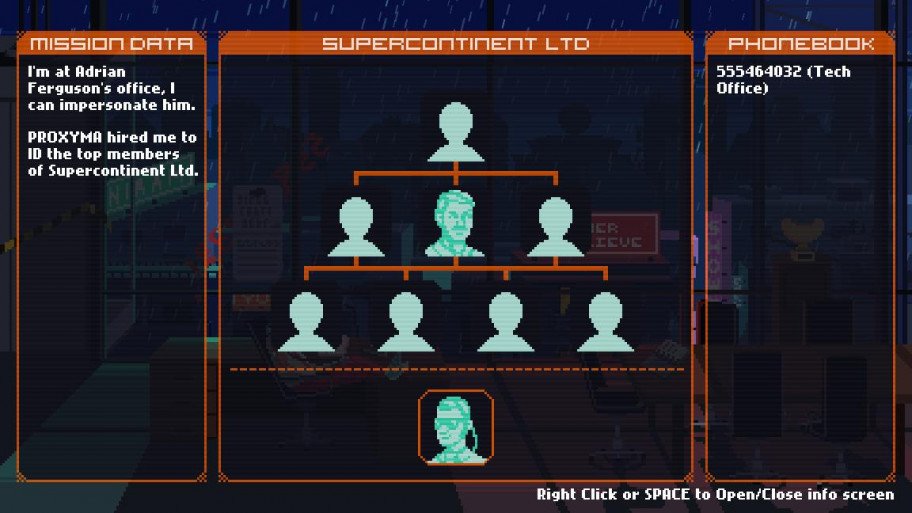 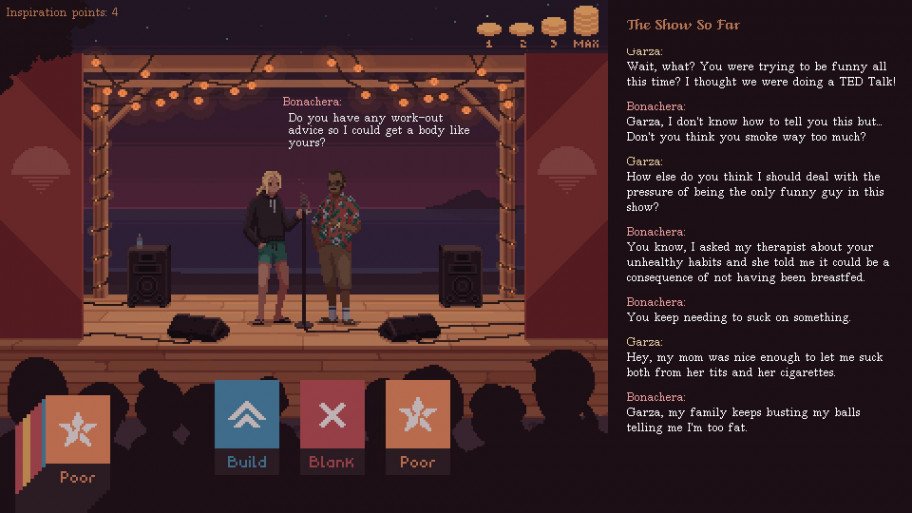 A familiar game, only the interface is slightly different.

In addition, they can “bug”. For example, in Behind Every Great One in the middle of the passage, the heroine flew up to the ceiling, which made it impossible to walk around the apartment and open the doors. I had to go through all over again.

But this made it possible to draw attention to another “trick” of the game – that you do not have time to do on the first day, the husband will talk at the table. The second time, I deliberately dealt with other matters, and his lines changed. It’s a trifle, but it’s still cool that such an insignificant detail was paid attention to in the demo for the “gamejam”.

Of course from Deconstructeam not expected at all. I wanted to see a new full-fledged story game for four hours, which in December will be included in the lists of the best at the end of the year. But the circumstances are such that the studio cannot offer anything better than this collection. Despite the technical imperfection Essays on empathy, you don’t regret the time spent on it – this is an opportunity to see what interesting ideas are hovering in the minds of talented developers, and they are definitely worthy of attention.

Pros: a set of small but interesting games with unusual ideas; nicely designed menu with gallery and videos about each project.

Minuses: games run in windowed mode and can “bug”; a couple of passing projects. 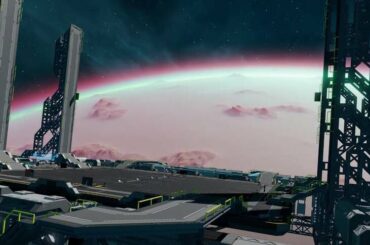