I often say that it is more and more difficult in the classical genres to come up with something fresh and original. And the more pleasant and surprising is the fact that from time to time someone succeeds. For example, Fate of Kai Is one of the most unusual adventures I’ve seen. It unfolds on the comic pages, where we, by our actions, determine what will happen on the next page and whether it will happen in principle.

All locations in Fate of Kai Is 160 pages of coolly drawn comics, divided into seven chapters. It tells the story of a young man named Kai, who, like Alice after a rabbit, ran after an unseen creature and eventually found a strange chest, and he tied to it with chains. Now Kai needs to deliver the chest to the castle on a distant mountain, having experienced many adventures along the way and overcoming many obstacles.

Where sunflowers do not grow in fairy tales!

He visits cities full of strange magical characters, plays cards with giants, fights black monsters, swims across the lake on the back of a horned turtle, looks for a way out of the maze and frees the wicker people from the power of a huge toad that feeds on precious stones. Some adventures here evoke associations with famous stories and fairy tales. 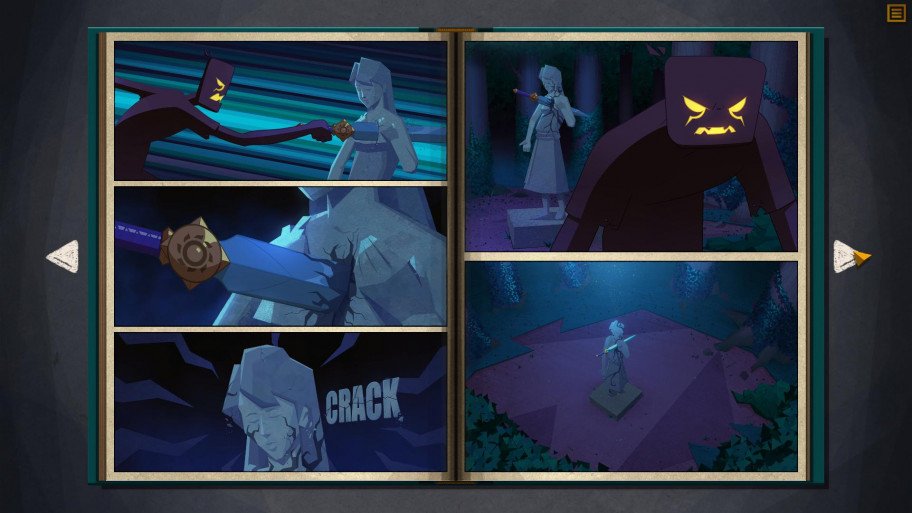 Are there parallels with the legend of the sword in the stone?

But in general, this is, of course, a metaphorical story about adults who remain big children who believe or want to believe in fairy tales, feats and magic – even if they are already elderly office workers. Therefore, the final in Fate of Kai unexpected, interesting and instructive in its own way. 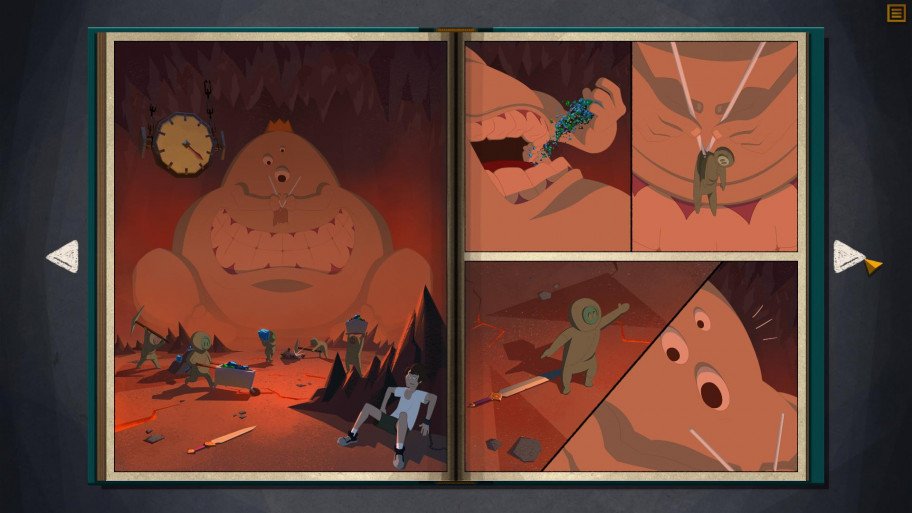 There are many colourful creatures here.

The power of a word

Naturally, we do not just turn the pages of a virtual comic – from time to time, we need to look for solutions, go further, open the door, overcome this or that obstacle, not fall into battle, and so on. Some of the riddles are solved with the usual care and logic of quests. For example, it will turn out to find a way out of the maze or a way to spy on the cards that your opponent will pull out. Or, having found clues, we can figure out which veins with precious stones and at what time to process with a pickaxe so that our shift will be “counted”. 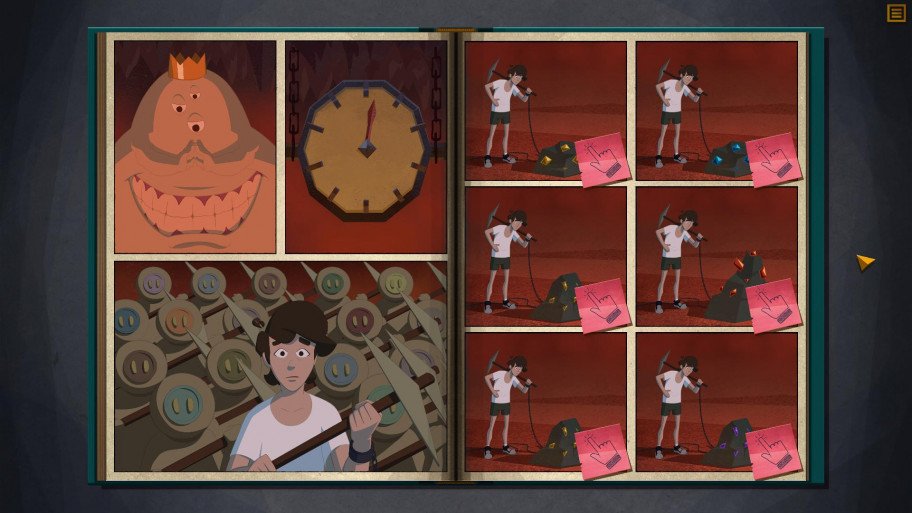 The puzzle with a pickaxe and stones, by the way, for a while – it is one of the most difficult in the game.

But the most interesting thing about Fate of Kai is when we solve problems with the words that are usually written in the clouds above the heads of the characters. Here they can and should be manipulated, removing and rearranging. For example, we take the word “open” in one place and use it to make the hero open the door. But, of course, everything is far from simple – as a rule, you need not just take, but replace a word, having previously found another. Or go forward thanks to “open”, take “look around”, “accept”, or something else and return, otherwise the story will stand up, and the page will not turn over. 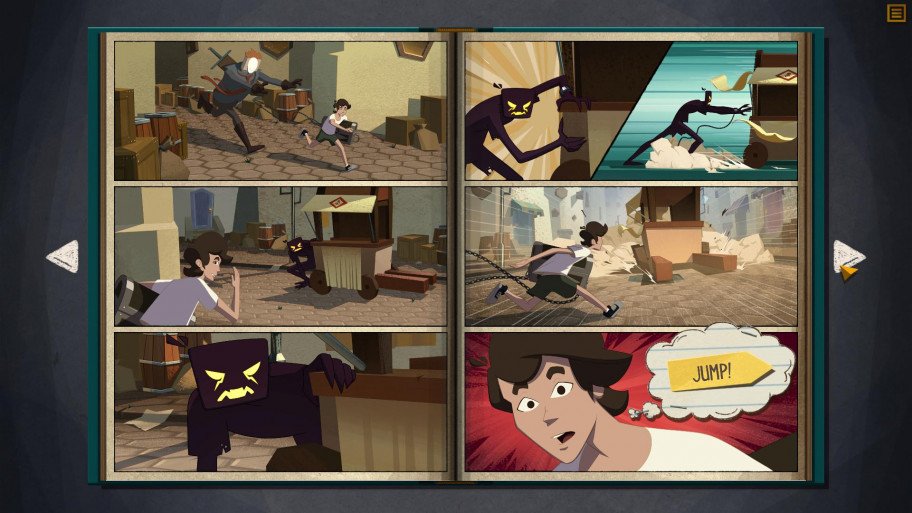 Here you need to insert the word “jump” in time.

Sometimes they demand to go back to the past or the pages of another history by clicking on the corresponding icon, and then take/change the word or, for example, adjust something (put a glass on the edge of the table) so that the situation changes for the better for us. So, among other things, it will turn out to distract the guard on the tower in the past so that he does not notice us in the present.

This is how the transfer takes place inside another story and back.

The situations turned out to be interesting and twisted – many actions lead to different scenarios. Yes, most of them are either bad or dead-end – nothing will budge until we come back with the right word. But all the same, it pleases how many forks the authors have drawn. And in the finale, there is also a choice – either to reconcile and accept the situation or return and change something. 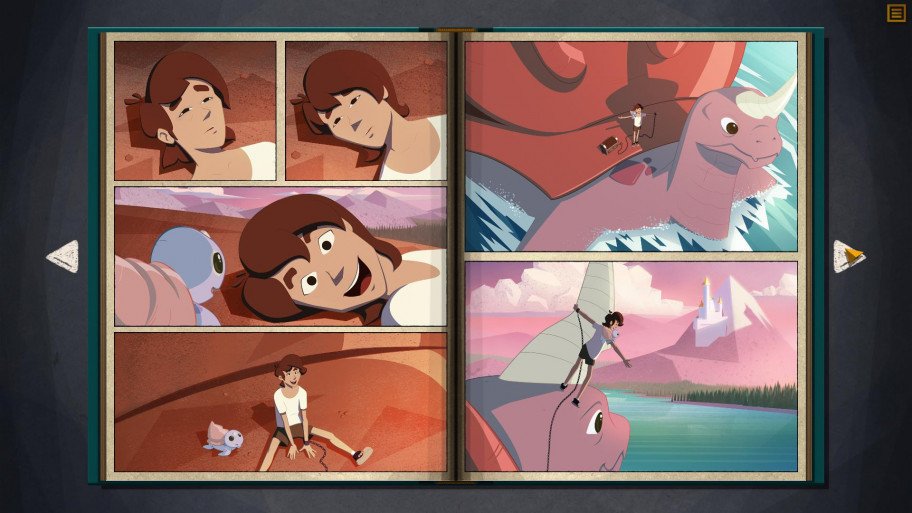 Well, isn’t this a fairy tale?

Lately, there are many games with word rearrangement mechanics – you can also remember Nanotale – Typing Chronicles and Lost Words: Beyond the Page… And every time we get unusual, stylish projects. That’s Fate of Kai leaves a positive impression. Yes, the game is too short, literally for an hour, and is unlikely to become mainstream, but without such projects, development, movement and life in any genre are basically impossible. And you will spend this hour with great pleasure.

Pros: a fascinating fairy tale full of adventures and unusual characters; an original concept that mixes the usual quest exercises and the mechanics of word rearrangement; gorgeous picture and music.

Minuses: the game can be completed an hour literally; it isn’t easy to understand some riddles’ logic.

Legends – the same from the battle pass

Curse of the Dead Gods: Review