Final Fantasy VIII Remastered has been released on iOS and Android, for fans only

Square Enix has recently made Final Fantasy fans happy with Final Fantasy VII: The First Soldier and Final Fantasy VII Ever Crisis being prepared for smartphones. Now Final Fantasy VIII Remastered is out on mobile. This is a reissue of the classic Final Fantasy. What are we being promised? Firstly, these are improved character textures. Unfortunately, the image has not been stretched, so there will be feathers on a black background on the sides. Touch control; the App Store does not list controller support. The difficulty can be customized to suit your needs.

Square Enix has added combat assistance, disable skirmishes with enemies, and triple gameplay speed. The developers point out bugs’ presence, one of them: the character can get stuck in the textures when he sits down or gets out of the vehicle. This most often happens if you leave it near impassable terrain. For historical reference: Final Fantasy VII was released in 1999. 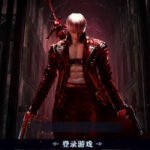