On September 28, a new version of Battle Royale for smartphones called Free Fire MAX was released worldwide. It was in honor of this that we wrote a review for you, where we talked about the fresh features and graphical changes that the updated Free Fire received.

To begin with, the original Free Fire came out in 2017 under the wing of Garena. The game has gained considerable popularity among fans of mobile battle pianos around the world and continues to maintain high online rates to this day. However, the mobile gaming industry is not standing still and developers need to constantly update the functionality of their game, as well as bring up animations and graphics to the modern level.

Garena decided to follow this trend and released a version of Free Fire MAX with updated graphics, effects, revised animations and sounds. If you compare Free Fire MAX with the version released in 2017, you can see the changes with the naked eye. The detailing of maps, weapons, characters and the environment in general is made much better and the picture is really pleasing to the eye. The animations are also smoother and slightly more realistic, which makes the gameplay more responsive. In addition, in the MAX version, many sounds were changed, including weapons and vehicles – now they are more voluminous and have a realistic color, in contrast to the simple performance in the original.

YOU CAN ALSO READ:   The authors of the horror Maid of Sker presented a fresh gameplay trailer for the new shooter Sker Ritual

It is also important to make a reservation that the original Free Fire and Free Fire MAX have the so-called Firelink function, which provides the ability to use an account from the regular version and vice versa, as well as the ability to play with other users regardless of the version of the application.

To all of the above, I would like to add a few words about optimization. In the new version, the game behaves a little more stable, so for this aspect Garena clearly gets a big plus.

Let’s move on to functional changes. The first innovation, which I would like to talk about, is more likely for someone to have an aesthetic value than a functional one. A 3D interface has appeared in the Free Fire MAX lobby, where players can view their character, display their favorite weapons, vehicles and much more on special stands. Thus, it became possible to make yourself a very nice lobby, having skins that you like. Below is a picture with an example of how it all might look.

But what is actually important and, moreover, interesting is the opportunity to create a “Personal Island”. You can arrange your island the way you want: install buildings, flower beds, boxes, various decorations, fountains, arrange vehicles, plant trees and much more. The location itself is not as big as in the “Battle Royale” mode, but creating something unique for playing together with friends or simply uploading the island to the public so that other users can appreciate it – that’s the very thing. In the world of battle pianos, this function is not new, but this functionality allows you to diversify the gameplay. Since the creation of the “Personal Island” is an exclusive mechanic for Free Fire MAX, players of the regular version will not be able to do this. However, users of the original Free Fire can play and even host the pre-made islands.

Otherwise, the developers promise to fully support both versions. There will be several unique updates for the MAX app, mostly related to the personal island and 3D lobby. Other patches and various events will be the same in both games.

Free Fire MAX seemed to us a rather fun battle royale, since there is no faked seriousness in it, but on the contrary, the gameplay borders on fantasy and some features are sometimes both useful and funny. For example: characters have unique skills and passions that radically change the course of battles when used correctly, it is possible to use special shields, treatment of comrades with a medical sniper rifle, a long cable for fast movement from point A to point B, and much more. Probably, it is precisely this dynamics and some kind of “recklessness” that distinguishes Free Fire from other mobile representatives of the genre. Of course, someone might like it when other players like realism better.

YOU CAN ALSO READ:   Mobile MMORPG Ragnarok Origin will be released in English

Did we like the updated Free Fire MAX? Overall, it was surprising how long the gameplay can be (in a good sense of the word). With regards to all the innovations, as well as the updated graphics, then you can only put a plus here, since it is always good when they constantly work on a project and release interesting functions and mechanics – this is something that will not let any game “die”. Again, do not forget that we are talking about mobile battle royals, so the project is considered exclusively in this plane.

As a result, we are dealing with a good game for smartphones of the Battle Royale genre, which now has nice graphics, updated animations, sound effects, new functionality and, importantly, a huge fanbase that forms high online rates. Should you try Free Fire MAX? If you are a fan of this genre or just love to play shooters on your phone, then definitely yes.

Be sure to write in the comments if you play mobile games and, if so, tell us which projects are your favorites. 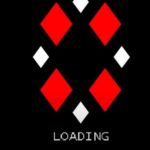