The fantasy survival simulator Frozen Flame, which is in the stage of closed beta testing, from domestic developers received a major update 0.23 called “Up!”. Its main innovation is eight new floating islands. These are relatively safe areas, where oak forests and berry bushes are located, doughs fly peacefully and natives live.

Along with this, the developers have completely updated the skill tree. The Guardian Spirit branch has been replenished with new skills, passive characteristics and two experimental spells. The very appearance of the tree has also changed.

In addition, the patch changed the construction interface, added dialogues with NPCs about interesting places and events, added support for NVIDIA DLSS technology, and also made numerous gameplay and balance changes. You can find a complete list of changes in Russian on the Steam page. 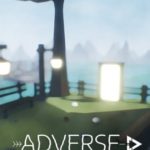