Adventure action Ghost of Tsushima contains 52 trophies, and in this guide we will tell you how to get them all, with tips for passing.

You will receive these trophies as you progress through the storyline of the game.

Ghost of Tsushima Trophies – Side Quests

You will receive these trophies for completing additional stories.

These quests are displayed on the map with blue icons

To get this trophy, you must complete all quests, including those you find while traveling around the world. Note that some quests require you to talk to NPCs in settlements to start, so don’t ignore characters with a conversation icon above their heads.

You will receive these trophies by completing challenges in battles with the Mongols and bandits.

Learn the Perfect Parry technique in the Reflection tree, then parry (L1) at the moment when the enemy is about to strike, and then slash him. After you do it 20 times, get the trophy.

As you level up, your attacks will begin to intimidate opponents, and they will fall to the ground or run away from the battle. Just shoot a running enemy with a bow and get a trophy.

Proceed through the story to get the Sakai Clan Armor. Once you upgrade your armor to the maximum, the showdown streak will increase to 5. Next, go in search of opponents and get five kills in the showdown. I recommend that you do not try to get this trophy in the northern lands – it is better to return to Toyotama, where it is easier to execute enemies in confrontation.

To stun the opponent, use a strong attack (triangle) in conjunction with a stance that matches the type of fighter.

Duels in Ghost of Tsushima are duels against bosses. They are found not only in story quests, but also in secondary quests, in particular, the quest line of Mrs. Masako and Stories of Legendary Heroes.

There are several ways to get the trophy. For example, you can shoot at an opponent going up or down the stairs. Or learn the technique “Clash on the run” from the “Evasion” branch, find an opponent standing on the edge of a cliff, and push him down with a running start.

You will master this stance as you progress through the story. Next, you only need to kill 20 enemies: given that Jin kills three opponents in the Ghost Stance, you will have to use it 7 times to get the trophy. You can use the Ghost armor to accumulate points faster to enter the Ghost stance. 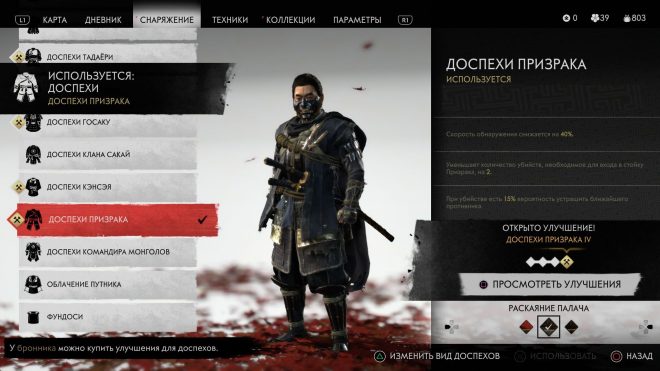 Complete quests and fight opponents to strengthen the legend. Sooner or later you will reach the maximum rank.

To master the stances faster, do not rush to kill enemy commanders in the camps. First quietly sneak up on them and watch their training – this will earn you a point in mastering the combat stance, after which you can kill the commander and get another point.

It is recommended to use the Inari Charm, which gives a significant increase in the amount of collected resources needed to upgrade weapons and armor

These trophies you get for exploring Tsushima

To get this trophy, you will not only have to find charms (you can get them in shrines and as a reward for completing quests), but also follow the foxes, which will lead Jin to the altars – praying at the altars will allow you to open the cells for the charms. 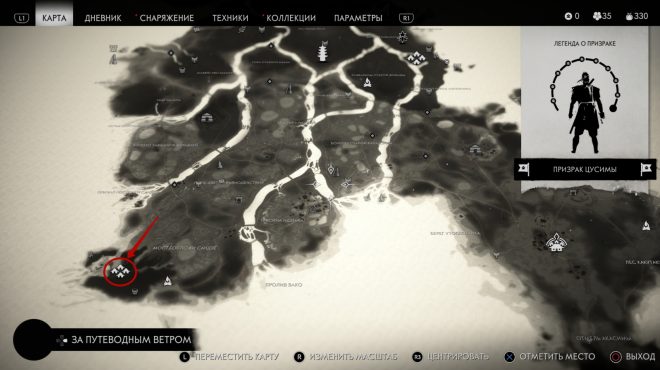 The trick with this trophy is that the altars are not marked on the map. You will have to find them yourself, then bow near each of them by swiping down on the gamepad’s touchpad. You will know that the bow has been counted when you see a unique reaction to it. More details in the video below

This trophy is a reference to the Sly Cooper series by Sucker Punch. To get it, you will need to complete the quest “Invincible Gosaku” from the “Stories of Ancient Heroes” series to get Gosaku’s armor. Then find the Crooked Scythe Headband and Thief’s Robes Mask, and buy Gosaku’s “Ocean Guard” Paint from the merchant in Umugi Bay. After that, it remains only to put it all on the hero.

YOU CAN ALSO READ:   Spider-Man: Miles Morales Guide – How to Find All Postcards

You will receive the Flute Melody “Cry of the Storm” when you find 5 fireflies in the cemeteries (I recommend using the Traveler’s Robe during the search). Then head to Taka’s grave east of Yarikawa Fortress, select that tune from the equipment menu, and play it by swiping left on the touchpad. Of course, you have to progress through the story for Taka to die. 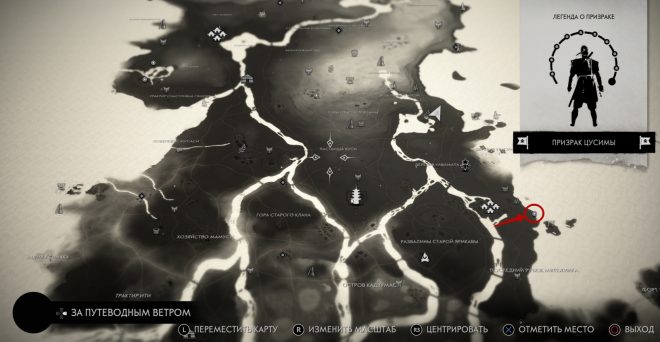 The photo mode is called up by pressing the right button on the D-pad.

You will find entries in settlements and houses as you explore the world. Use Traveler’s Garb

You will find artifacts in the camps and forts of the Mongols. Use Traveler’s Garb 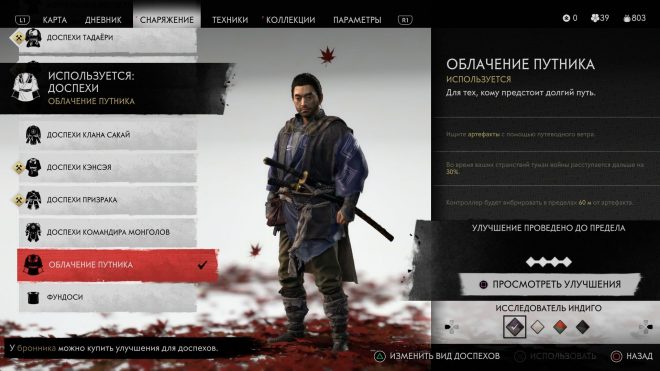 It will be easier to get this trophy after completing the story and liberating the island: you will see the whole map with interesting places marked on it

You will receive these trophies by freeing the areas of Tsushima from the influence of the Mongols.