Honor Band 6 – the first bracelet with a frameless screen

The device will also be released under the Huawei brand, but will be called Huawei Band 5.

Huawei is going through hard times. Perhaps in a few months, the production of smartphones will be stopped due to the lack of necessary components, but so far Huawei continues to show excellent sales.

According to the new information, the Honor brand will soon launch a new fitness tracker called Honor Band 6. The Chinese social network confirms that the device will also be released under the Huawei brand, but will be called Huawei Band 5.

It is also reported that the Honor Band 6 will be the first fitness bracelet with a bezel-less display. Usually, bezelless means screens with very narrow bezels. Probably, the Honor Band 6 screen will also have them, but their width will be smaller than those of competitors’ displays.

Presumably, the Honor Band 6 will be presented along with the flagship line of smartphones Honor V40, the announcement of which is expected in November. 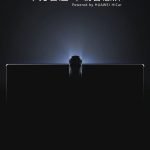