Broken display and need to replace it? Or the factory battery could not withstand the loads, so that only a brand new battery will revive the smartphone? Well, repairing a device is necessary, but do not forget to take into account all the nuances. The quality of the parts affects not only the appearance and usability but also the phone’s performance.

In order not to be unfounded, we will confirm the words with a review. Let’s test how PUBG and Call of Duty: mobile behave on the same device when using different components.

Display replacement and gaming performance – how are these concepts related?

Let’s check in practice whether repairing a smartphone will affect its performance. We take Samsung Galaxy A7 (A720F), we take each display of each type, and experiment.

The most budgetary option for screen repair is to install a copy on a TFT matrix instead of the factory display. For an experimental smartphone, this type of display will cost an average of 2,020 rubles. Plus a thousand or one and a half for the work of a master: total restoration will require 3,500 rubles. Not that much, right? But let’s see what awaits the owner of the device next.

First of all, the screen sticks out noticeably. And it cannot be otherwise since the TFT technology has a complex design. For understanding, let’s briefly analyze the structure of displays of modern smartphones. Several technologies are now popular at once:

Now back to our TFT display. It is quite economical in production. Therefore, at first glance, it is more profitable to choose this particular screen for a smartphone. But due to its large dimensions, the module will inevitably bulge out of the frame: even side flares will become visible.

Imagine, we decided to chop in the evening in Call of Duty, and the phone shines in all directions!

Also, the quality of the “picture” will inevitably fall. Already when you turn on the smartphone for the first time, you can see the difference in colors, contrast, color rendering and other characteristics. Screen image is faded or dull. And what can we say about PPI. Its value will simply be minimized.

But this is not the worst thing. Worst of all is the unreliability of such repairs. The module sticks out, and the frame does not hold it. As a result, the strength of the structure tends to zero. You’ve probably heard of phones whose displays are cracking right before our eyes? Here, just, vivid examples of the operation of such devices “repaired” by craftsmen.

Not ready to face something like this? Then use TFT displays only as a last resort! For example, if you urgently need to throw off any information from the “dead” phone. But playing games or watching movies on TFT is an extremely dubious pleasure.

The next repair option for our Samsung A720F is to purchase an AMOLED display with a touchscreen. The average price of a module will be 2,950 rubles, plus the cost of installation. The total amount of repairs does not exceed 5,000 rubles. What do we get at the output?

The fact is that Samsung has been supplying its products with matrices with Super AMOLED technology for a long time. Although the names are similar, the difference between these types of screens is palpable. We have already said above that the “Super” touchscreen is directly connected to the matrix, eliminating the extra layer of air. And such screens differ in the arrangement of subpixels. As a result, Super AMOLED displays have received the following benefits:

The only downside was the high cost of production. But since the manufacturer installs these screens initially, users have no choice but to pay.

So what happens if you save some money and put a regular AMOLED instead of Super? Of course, such a display is already devoid of TFT problems and is a perfectly acceptable alternative to the original. But the picture quality is not for everyone. Why? Such screens have a defect – unregulated contrast. Orange, red, and green colors are so acidic that it hurts in the eyes. If you are not afraid of the image contrast twisted to the maximum, feel free to opt for Amoled, and you will not be mistaken. 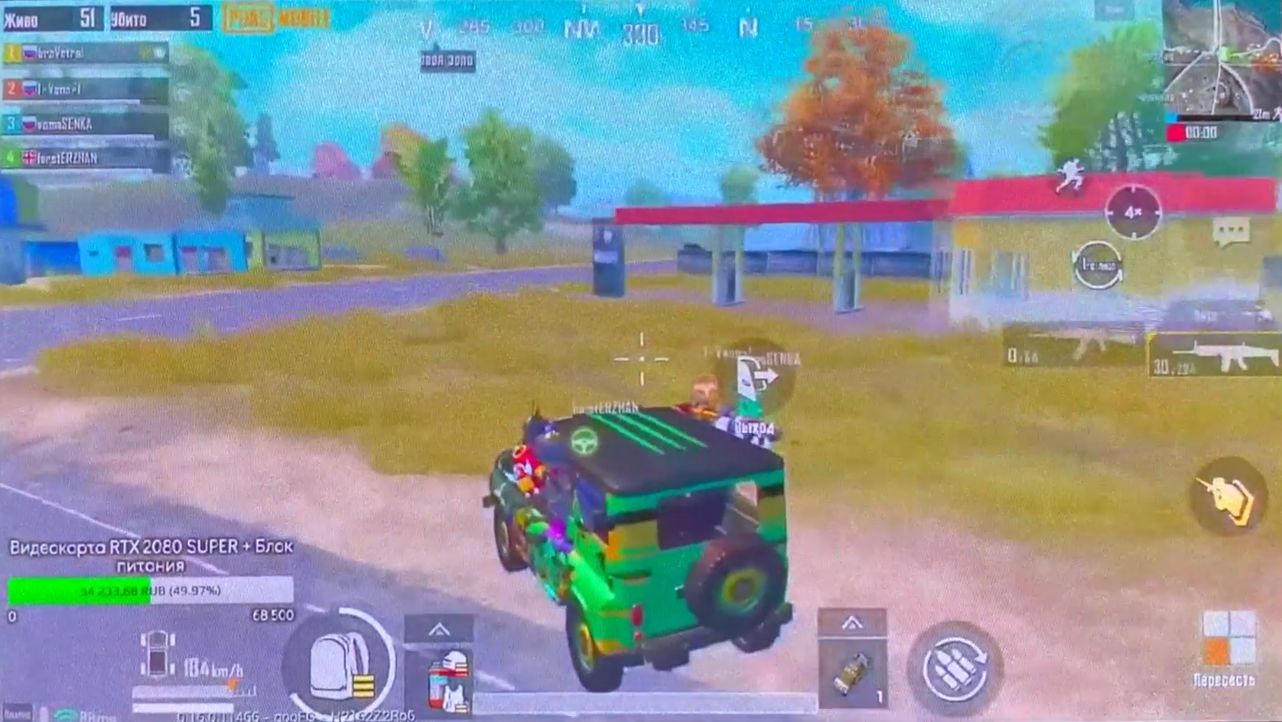 Also, such spare parts often lack oleophobic coating. This is a special coating that protects the screen from fingerprints, dust, dirt, and drops. The lack of such a coating guarantees you a smartphone that is quickly smudged, unpleasantly sticky, and slow to respond. Again, for games where every movement matters, this screen is simply unacceptable.

Thus, on a 5-point scale, AMOLED displays can be estimated at a solid 4. The price of repair is not very high, and you can use the screen. But expect super-HD picture quality or fast response times in games.

Purchase and installation of the original display

Finally, you can buy an original display or a high-quality analog. There is nothing special to talk about.

The cost of the screen is about 7,550 rubles, but for this money, you get a high-quality spare part, with which the use of the smartphone will still be convenient and pleasant. The image on the screen is clear, bright, just like new! It’s nice to use such a phone to cut yourself in CoD or PUBG: the color rendition is correct, and the sensor response is instant. Let’s not forget to note the presence of an oleophobic coating, which is also of no small importance. 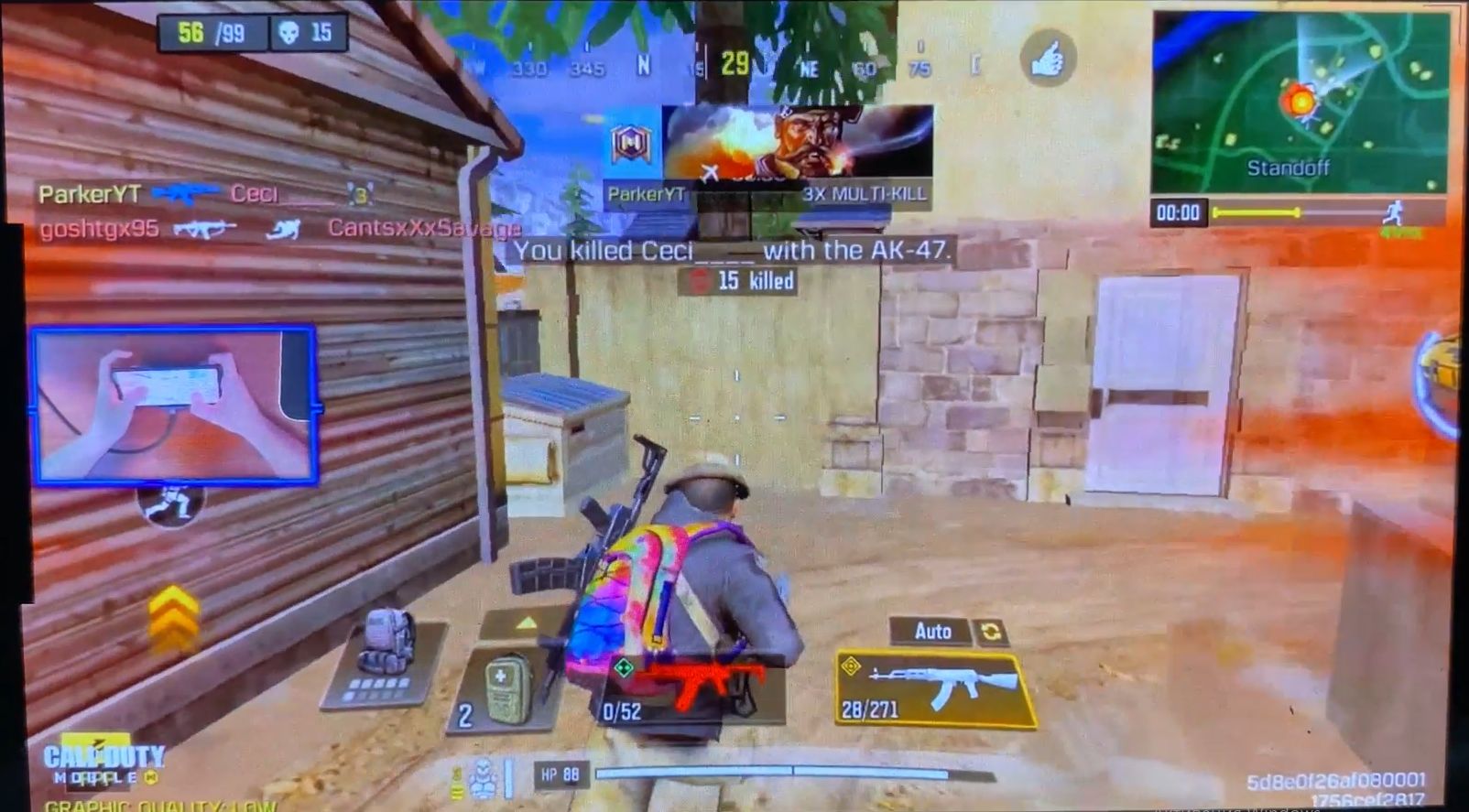 In the end, we get that the installation of the original spare part actually revives the phone: with a good part, the device gets a second life! Yes, the price “bites,” but the cost of installing a new display will remain the same.

You will pay the specialist a “flat” rate regardless of which part you buy. Only because of a poor-quality part, you will have to go to the workshop again: and this will buy components for a new one and pay for the service for the second time.

Choosing a new battery for your smartphone

Replacing the battery is also a prevalent reason to visit service centers. Is the quality of the replacement part important here? And how! See what our experiment showed on the use of batteries of different prices in one smartphone. To remain objective, we tested not Samsung, but Huawei Honor 7A, to which the universal battery HB405979ECW is suitable. Specially selected for the experiment three battery options from different manufacturers.

The budget battery HB405979ECW will cost 460 rubles. But with all the Chinese’s desire to do it cheaply and with high quality, so far, it turns out only cheaply. Such batteries for smartphones cannot be called reliable and generally “stable working” since there is a high percentage of batches’ defects.

For example, you can get a battery that is discharged to zero. In fact, it is serviceable, but without professional equipment it will never start. Another common case is the discrepancy between the declared battery capacity. The manufacturer writes 2,920 mAh on the box, but in fact only 2,000 mAh of them will be “live”.

It also happens that a new battery closes. Yes, what does not happen with such remarks! In games, they also show themselves not from their best side.

Running a game on a smartphone is a serious load, and at such moments the device consumes energy intensively. If the battery is of poor quality, the phone may suddenly lose connection with the power source. Then you are 100% likely to drain the ice rink. It didn’t matter that the display showed an 80% charge. Of course, you can play it safe by connecting the device to the network. But then why bother with a smartphone? Easier to play on the console!

So if you buy a Chinese copy of the battery, it is clearly not with the expectation of a long service life. This option is relevant for urgent repairs, when you need to replace the battery in your smartphone quickly, and there are simply no other options.

The Premium mark speaks for itself. Such components are made using the originals’ technology, and the discrepancy between the declared and actual battery capacity does not exceed 5%. Batteries withstand peak loads; the percentage of scrap is negligible. To guarantee operation, the devices are sold with a charge of 20-40%.

You can buy a premium battery for a Huawei smartphone for 720 rubles. If used correctly, a new part will serve a smartphone from 1.5 to 2 years. It all depends on the device’s mode of operation, but if you are an avid gamer, be prepared for accelerated wear. Long play mode drains battery resources.

In general, we safely recommend this option for purchase and installation, but only if you could not find a Pisen battery for your phone.

After testing this specimen on a 5-point scale, I want to put 10 points deservedly!

The complete set includes everything you need (up to special adhesive tape) and the device’s execution at a height. There are almost no defects, and the declared capacity is always confirmed (the maximum discrepancy is 3%). If you check the battery from Pisen with a tester, the device will write that the original battery is installed.

Price HB405979ECW from Pisen 940 rubles. For this amount, you will receive a reliable battery with which your smartphone will work stably even with constant games running. The absence of unexpected shutdowns and fast, smooth battery charging are guaranteed to you!

It turns out that it is also better not to save on a battery for a smartphone. Moreover, the range of prices between analogs and a quality product rarely exceeds 500 rubles.

Here’s a comprehensive overview of the impact of components on smartphone performance. Savings are important, of course, but remember that the miser pays twice. Sometimes it is more expensive to purchase a useful and reliable thing than to buy a cheap but little-cost analog. Weighted decisions and successful purchases!