As a result, users may face inoperability of banking software.

The US Department of Commerce banned American companies from working with Huawei in May 2019, but at the same time the US government granted the Chinese a so-called Temporary General License (TGL) – it was this license that made it possible to receive Android security updates on Huawei smartphones released before last May. sanctions. Alas, the term of the temporary license expired on August 13, and so far there are no negotiations on its extension. This means that users of older (relatively, of course) Huawei smartphones and tablets can say goodbye to future Android security updates.

In fact, when providing the TGL, the US government thought least of all about users: the license was necessary so that the US telecom companies had time (over a year) to replace Huawei equipment with an alternative. And already security updates came, one might say, at the same time – a pleasant bonus. The equipment has now been replaced, and the US administration has no reason to renew the license. The biggest problem here is that without security updates, smartphones and tablets will not be able to pass SafetyNet certification, which means that banking and payment applications, as well as some games, will stop working for users.

How did Samsung save on the Galaxy Note20? 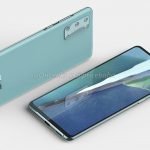