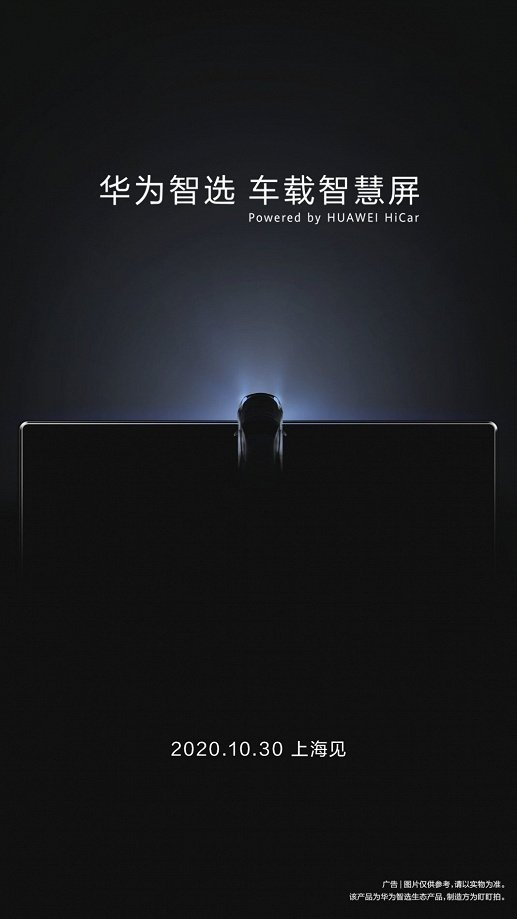 Huawei today officially confirmed that on October 30, the company will unveil a smart screen designed for cars that will run HongMeng OS 2.0. The proprietary Huawei HiCar interface will be installed on top of the operating system.

At the moment, it is known that the device will resemble a tablet, which can be connected to smartphones Huawei and Honor for additional functions, including listening to music, watching videos, navigation, phone calls and so on.

The head of the company said that the company plans to create smart screens for home, office, cars and sports.

During the Huawei Developer Conference 2020 (HDC) this year, the company hosted the HMS for Car Smart Mobility sub-forum and unveiled its new cloud-based solution for smart cars. It was also revealed that the company also works with Volvo and Hongqi.