Unfortunately, Humankind’s 4X strategy won’t be released on schedule. The developers at Amplitude Studios have announced that they are pushing the release date from April 22 to late summer. The release on PC and Google Stadia will take place only on August 17, 2021.

According to representatives of the studio, they analyzed the feedback from beta testers and realized that they needed to make some changes to make the game better. However, this process will take time, so the release date had to be moved several months.

On the Steam page, the developers have posted a long list of things that need improvement, including balance, economy, interface, and more. 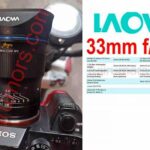