Relevant for the platform: XBOXSX

Nowadays, they are trying to make multiplayer games more and more accessible for those who do not want to sit in a voice chat. The trend is set Apex legends with its ingenious tagging system. IN Knockout City with this, everything is also great – you can make beautiful joint attacks without saying a word, and get great pleasure from the game.

Ball in the face

Knockout City – a game of bouncers, where two teams of three people throw balls at each other. These can be either regular balls or special ones that change in every match. But the most powerful ball is human. By holding down a certain button, you curl up and start rolling on the ground.

If you want, stand still in the hope that you will be raised. If you want – specially roll up to your partners, expressing your willingness to fight, and they will automatically pick you up. Then they will either immediately throw you in the direction of your opponent, or charge you in a couple of seconds, after which you turn into a bomb and fly aimlessly, falling on enemies from above.

A human ball does twice as much damage as a normal ball.

Everything ingenious is simple, and in Knockout City this mechanic works like a clock. In matches, everything happens quickly: each player has only two units of health, there are usually few balls, and whoever managed to pick them up gets an advantage. Therefore, it is important to react quickly to each confrontation – if you understand in time how you can get the most out of a particular situation, the chances of winning will increase significantly.

The player’s possibilities are not limited to this. The balls can be thrown just like that, or you can do somersaults and a turn before that, performing hanging or twisted throws. Sometimes you do this for beauty, sometimes – to get into opponents who ran behind cover and are sure that they are completely safe. With these techniques, the balls will fly in an arc – either fly around some wall to the left or right, or thrown over a fence or bridge.

The main thing is to roll up in time.

Players targeted by opponents (a red frame around the edges of the screen indicates an upcoming attack) have several ways to avoid injury. You can simply dash to the side – it is used both for dodging and for pushing other players in order to knock off their aim or take the ball away. Or you can take a chance and grab a flying ball – if you press the button in time, you won’t get any damage, and you can throw the projectile back.

Thanks to all this, duels each time take place according to a different scenario. And with the ability to deceive your opponent by swinging the ball, but not throwing it, coming up with tactics on the go is even more interesting. Someone has a poor understanding of the mechanics and is becoming a priority goal – you only need to score 10 points in a round, and therefore you try to spend more time on weak links. Someone is very good, and you throw balls with him until someone makes a mistake.

It’s all about the timings.

In one of the matches, I played against a team that caught everything that we threw at it – it seemed that it was impossible to break through the defense of the enemy squad just like that. Then I chose a different strategy – I looked at who someone from my team was focusing on and ran with him. As a result, the opponent caught the first ball, but the next one immediately flew into it. As a result, we won, and Knockout City once again showed that team play is possible even without communication – there would be a desire.

One more match, and sleep

The main thing is that the gameplay feels fresh thanks to the original idea and the lack of alternatives, and the game itself does not get bored after a few hours. Earlier, I already wrote about my impressions of the open beta testing and it seemed like I could have played enough even then, but in the full version I was sitting in the same way and waiting for the next match. Although there are not so many buttons on the gamepad, and the character does not receive new abilities, in Knockout City there is always something to learn. The threshold for entering the game is low, but the difference between a beginner and an experienced fighter is colossal.

Do you need balls at all?

The depth of the gameplay in the main mode is enough so that there is no need for others. They are here: in one there are no ordinary balls and you need to throw only people, in the other, only special balls with unique properties are available, in the third, points are given for collecting diamonds dropped from defeated enemies. But in all these modes, there is a little more chaos than necessary – the same special balls are special for that, they seem more effective when there are few of them and you managed to stumble upon them.

Special thanks to the developers for the timely launch of the rating mode – they did not delay with it, and after five days it was available for players of level 10 and above. Everything is like everywhere else: victories and defeats raise or lower the rating (except for the bronze league, where you don’t lose position if you lose), and at the end of the season, rewards are given depending on the highest rank. The season lasts a little over two months.

No one will survive.

Customization is also good – when you get new hairstyles, costumes, gliders, taunts and victory poses, you immediately change them. However, there is no desire to chase these items – something drops out by chance for raising the level, and thank God. I don’t want to go to the store and check what is sold there for in-game currency. Therefore, the shareware distribution model would hardly work here.

This time Electronic Arts acted smarter than in the case of Rocket arena… On all platforms, the game was made free for ten days, so that those who wish can familiarize themselves and, if necessary, buy the full version. After that, the game will remain free for EA Play subscribers on PC and PS4, as well as for Game Pass subscribers. In addition, both cross-play and cross-progress are supported here – I played on Xbox, then switched to Switch, and all the achievements were carried over. The portable version, by the way, is very decent – you don’t feel any discomfort either because of the graphics or because of the controls. There are two modes on the hybrid console: 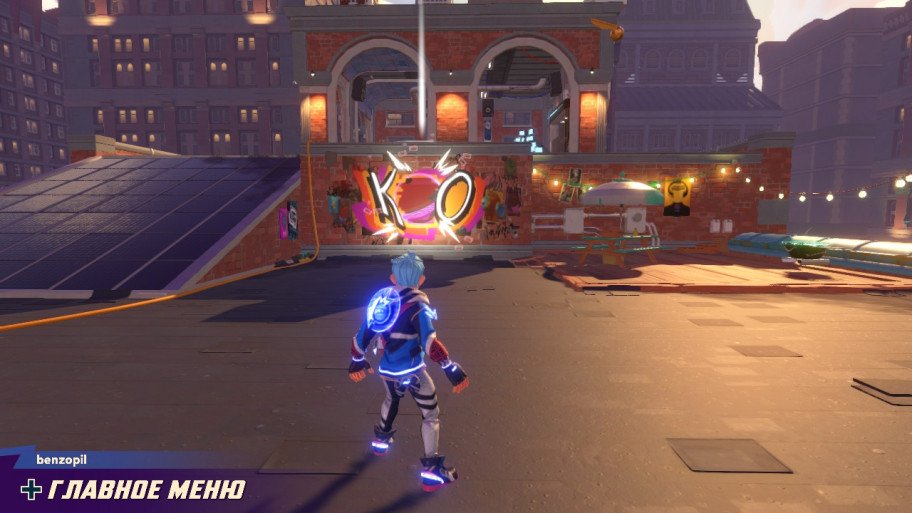 Guided tour of the Windsward location in MMORPG New World