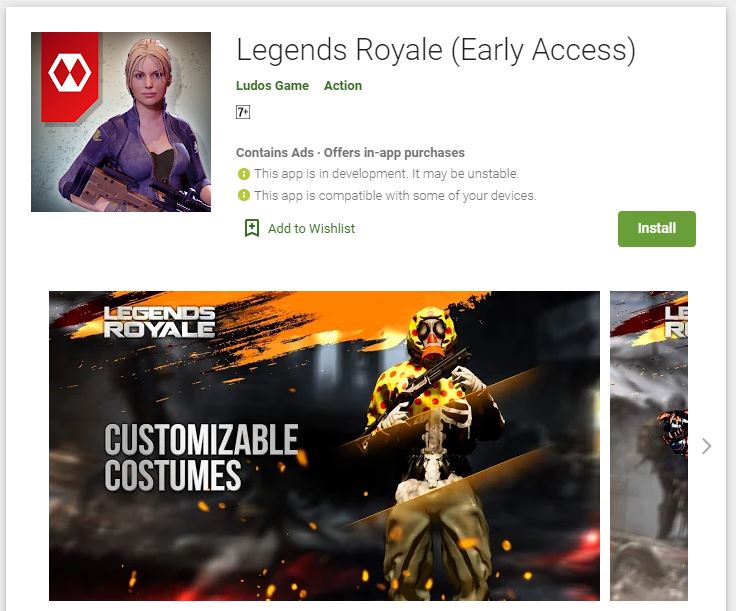 Legends Royale is an Android battle royale that has just entered the Early Access stage. Everything in it is based on the interaction of characters who have unique abilities. The battles are performed in the first person, which increases the level of immersion. The sound effects pumped up a little: apart from the sounds of footsteps and shots, there is nothing, and in moments of complete silence, it even becomes uncomfortable.

The developer promises an arsenal of weapons inspired by real-life models. In practice, you will see something more like Apex Legends. Bullet physics should be realistic too. There are only 5 cards. So far, there are three heroes to choose from: Melony (healer), Z-Suit (attack aircraft), and Corona (sniper). Victory depends on the correct use of their abilities.

One bottle lasts approximately 10 to 20 minutes. Legends Royale will add more heroes in the future. The game is now available in Early Access on Google Play. There is no version information for iOS. This is a shareware project with microtransactions. The official page states that the number of downloads has reached 100+. It is worth noting that one person develops the game.

The first mobile news block in 2021: Tops of the best games, a new game from the authors of Auto Chess | nodonation_mobile

The release of Warhammer 40,000: Lost Crusade – a strategy with a malicious donation