Lenovo will unveil its Legion 2 Pro gaming smartphone today. Images of the new device have already been leaked to the Internet. The company showed official posters on the Chinese microblog Weibo. They show a design that will obviously set the device apart from other smartphones on the market.

The images show that the brand new gamephone comes in two colors and also has game triggers. The company said that the mobile device will be equipped with an improved cooling system and dual battery.

The most unusual thing in appearance is the 64MP main camera module. It will be located in the center of the rear panel, which looks quite fresh and new. In addition to two lenses and a flash, it will feature a glowing company logo and a cooling fan. The 44MP front camera will slide out from the side frame in the center. 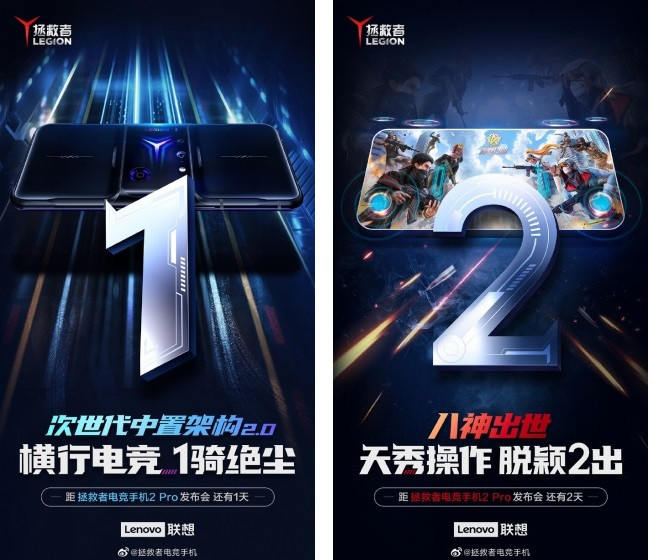 As you know, the device will have a 6.92-inch display with an AMOLED screen and a high refresh rate of 144Hz. The smartphone will run on the latest chipset from Qualcomm – Snapdragon 888. Under the cover there is a 5000mAh battery with charging up to 90W.

Drag Battle 2 – drag racing from Russian developers, there is an entry for the alpha test

The release of NBA Ball Stars on smartphones took place, basketball is now even more arcade