Xiaomi’s MIUI 12 has been around for quite some time, but some issues still need to be addressed. Users report issues that break the functionality of third-party launchers such as Nova, Lawnchair, and others after the MIUI 12 update.

It’s been over five months since MIUI 12 was released, but issues like this are still present in the latest custom skin from Xiaomi. There is now another post on Reddit in which the user stated that the Nova launcher settings on his device went wrong after receiving the MIUI 12 update… 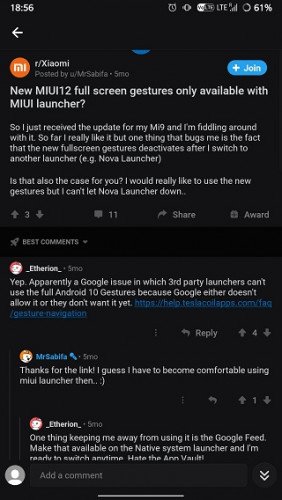 While this latest report does not indicate if gesture navigation is broken, it clearly states that the notification bar and several other Nova settings are affected. 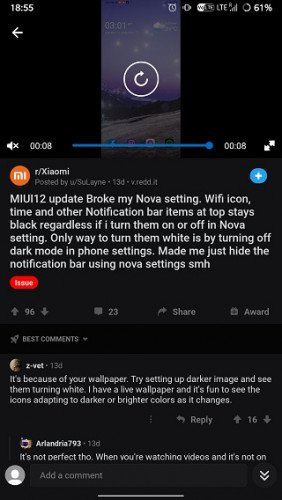 It should be noted that devices Samsung with One UI 2.0 and 2.1 also had similar issues, but the OEM has already solved them with the One UI 2.5 update. As for Xiaomi, the company prefers not to get involved in this matter even though users have been waiting to solve the problem since the last custom skin was released. 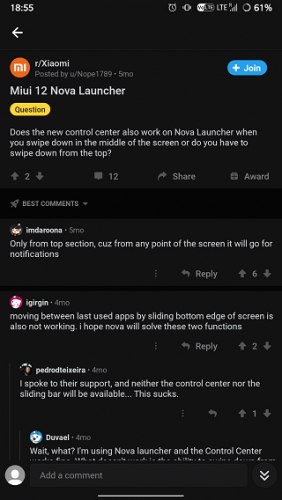 Also, users have even tried to get support from third-party launchers, but they can’t seem to solve them.

This clearly indicates that Xiaomi’s problem is somewhat similar to Samsung’s problem, and the company may have to address them in future MIUI builds.

However, everything written above is based on our assumptions. No official statements or confirmations from the company have appeared.