Lost Words: Beyond the Page: Review

Developers often hit below the belt and, as they say, put pressure on pity when they make heroes of children who have lost loved ones, who went in search of a sister or brother, trying to reconcile divorcing parents or save them from alcoholism. We have seen a lot of such games, but not all of them support the next sentimental story with originality, freshness in its presentation and the gameplay itself. Of the good, you can, for example, remember Among the Sleep and Contrast… Now you can add an adventure platformer to this list. Lost Words: Beyond the Page, written by Rihanna Pratchett (Rhianna Pratchett), who is arguably the best screenplay of her career.

I want to write, let them teach me!

Attitude to Rihanna Pratchett, daughter of the famous Terry Pratchett (Terry Pratchett), many are ambiguous. She is known for her scripts for Mirror’s Edge, Tomb raider, Rise of the Tomb Raider, Overlord, Heavenly Sword,
Thief, but if Rihanna’s colleagues nominate her for various awards, including BAFTA, then the players themselves always find something to find fault with – either flat villains, then feminism will be found, then they will be reproached for Russophobia.

And from this point of view to Lost Words: Beyond the Page there should be least of all claims – this is a very personal story about a girl (written off, apparently, from Rihanna herself) who wanted to become a writer. Izzy (this is the name of the girl) tells her diary about this desire, as well as about her life, about her parents and about her beloved grandmother – it is on its pages that we will spend half a game. 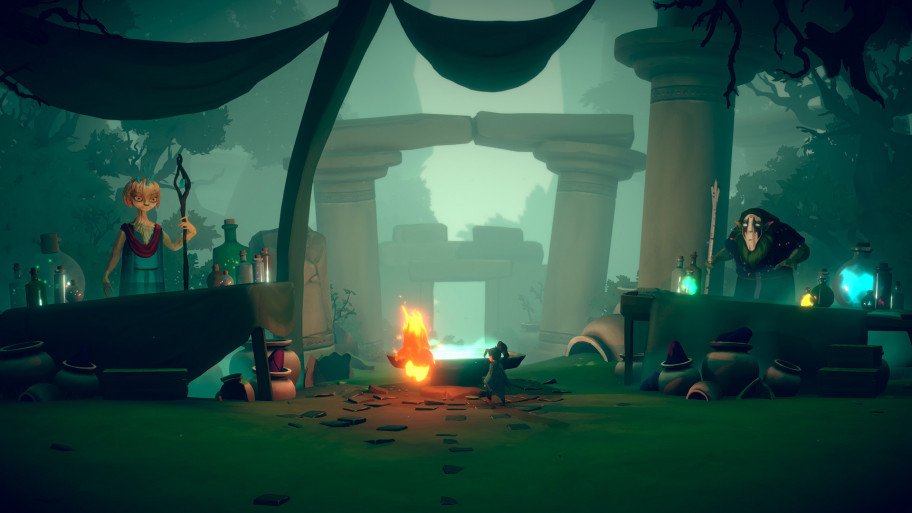 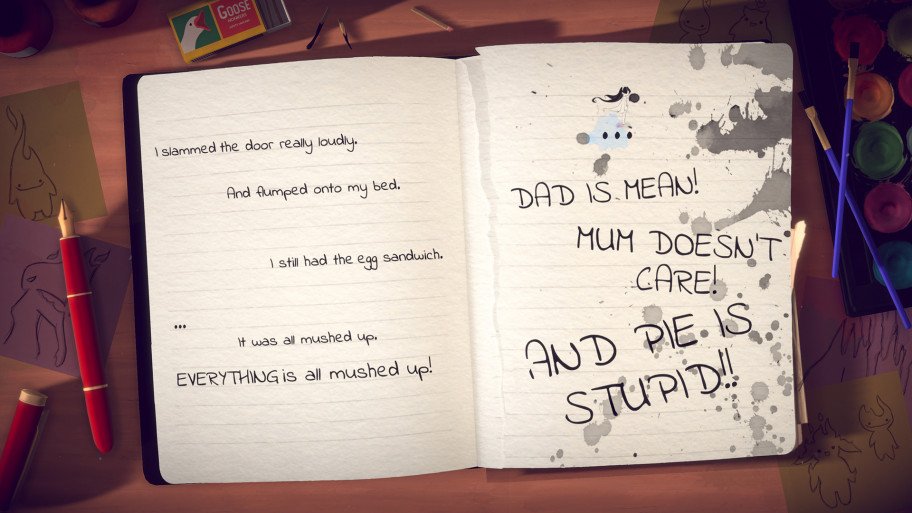 It is clear that Pratchett presses on pity, but I must admit that this time she does it with really talented and subtle. Including because it pinpoints the sentimental, but so understandable to all reality with adventures in the fictional world, where her heroine finds and loses friends, who seemed to be enemies yesterday, and now they are even ready to sacrifice themselves for her sake. 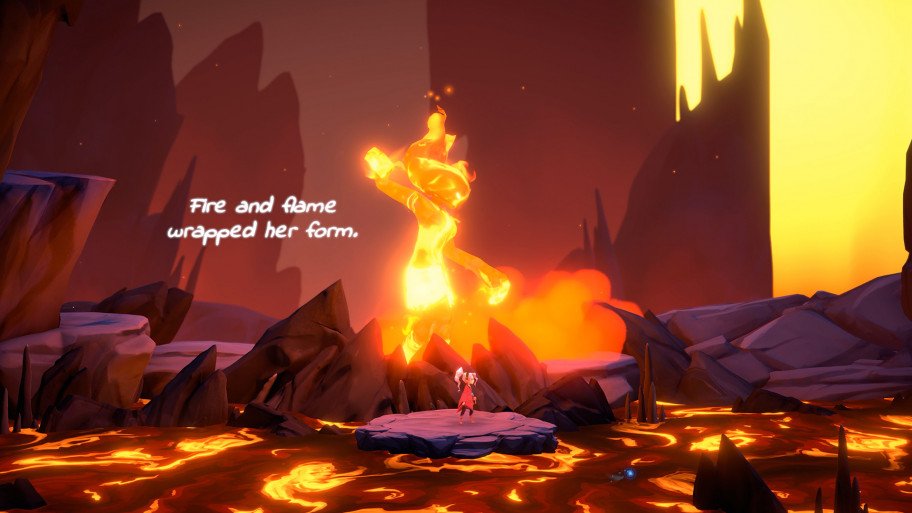 Like this we on the go, we repair the bridge and raise stones with the power of the word.

But on the pages of the diary, everything is done in a more interesting, original and tasteful way. There we control a little writer who jumps over the lines and letters that appear under her feet, assembles phrases from words, rearranges individual lines to use them as steps, draws and erases something, solves riddles, collects puzzles, flies on an airplane and , for example, recalls the story of her grandmother, how she and her little mother went to the cinema on “Star Wars”: Naturally, lines begin to flow through the diary, as in the famous introduction to all the films of the saga. And the girl calls her grandmother in an oxygen mask just like Dart-granny … 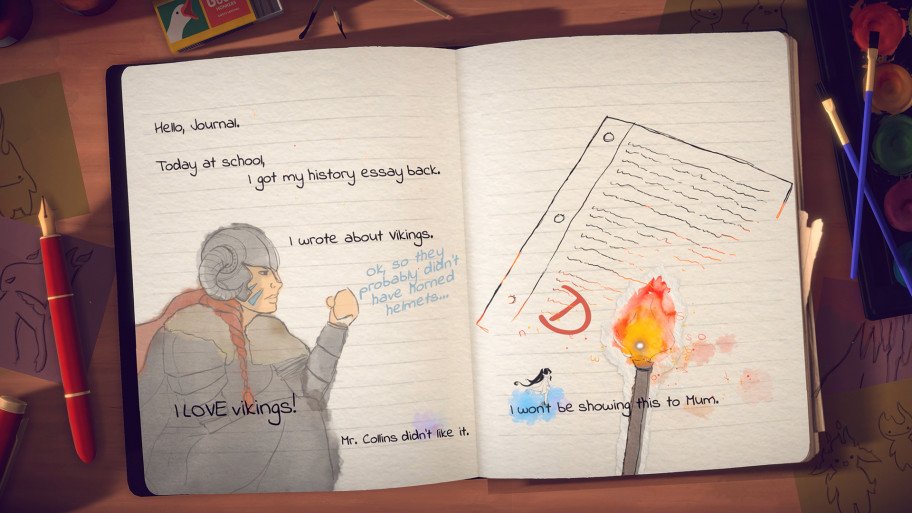 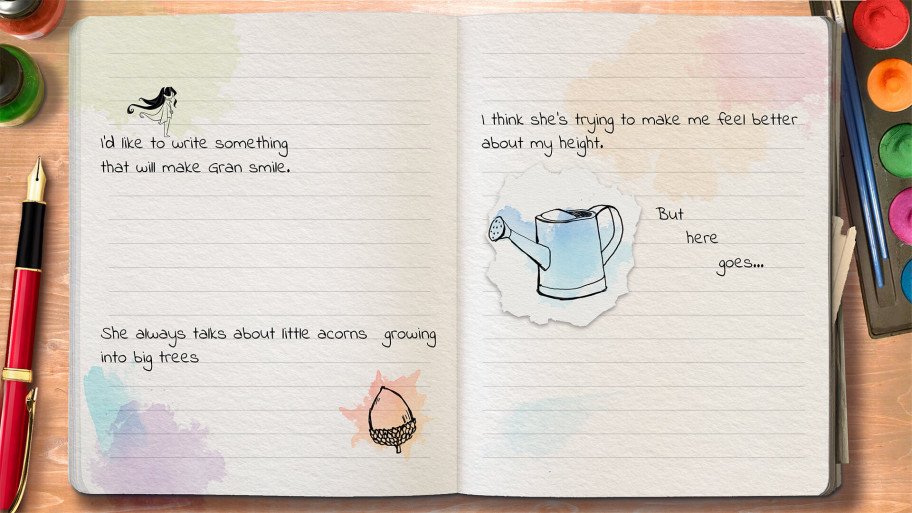 Amnesia: The Dark Descent can be run on Android, how to do it and what does sclerosis have to do with it?