MIUI 12.5 could debut next week

MIUI 12 has recently surfaced for most of the Xiaomi lineup, but the company is about to unveil the next iteration of its UI. However, this MIUI 12.5, not MIUI 13as one might expect, and it is quite could be launched on December 29[b] along with the flagship series of smartphones Xiaomi Mi 11…

Xiaomi started pushing the MIUI 12 update to its phones around May. Since then, the company has installed the update on most of its phones, although in some cases the process didn’t go as smoothly as we would like – there were some difficulties. For some unknown reason, the company is not migrating to MIUI 13, as one might expect, but is going to present the latest version of its software – MIUI 12.5. According to the head of software development Jin Fang, Xiaomi will unveil MIUI 12.5 this month. The presentation’s exact date has not yet been set, but the latest information gives a rough idea of ​​when the event will take place. 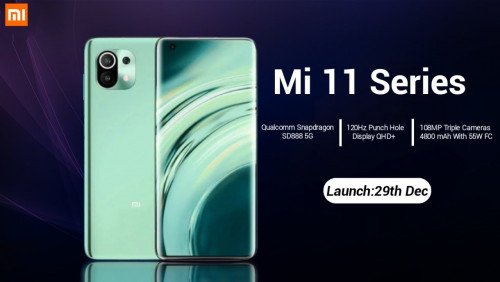 According to reports received last week, Xiaomi will launch the Mi 11 series of smartphones on December 29… Thus, there is a high probability that the company will release MIUI 12.5 on the same day as the new flagship phones. It’s an industry-wide trend, with companies like Huawei and Samsung introducing new software alongside the debut of a new flagship series. We will keep you updated on how events unfold.

China vows to respond to withdrawal of Chinese telecoms from NYSE

Apple Grants Patent Proving It Is Developing Its Own Search Engine