Indie games are sometimes likened to arthouse films – they are also made by a small group of enthusiasts who want to realize their unusual ideas on a tight budget. However, some people associate the word “arthouse” primarily with a strange movie – with one that will not be immediately clear, where it is full of symbolism and hidden meanings, which is difficult to recommend to an ordinary viewer. There are noticeably fewer such examples in the gaming industry, but Mundaun fits this description perfectly.

This is another game that was almost entirely made by one person (except for the sound), and the author’s handwriting is clearly visible here. All textures in Mundaun were hand-drawn with pencils on paper, resulting in a unique visual style. This is not a game, the color palette of which was repainted in black and white – it was originally conceived that way. 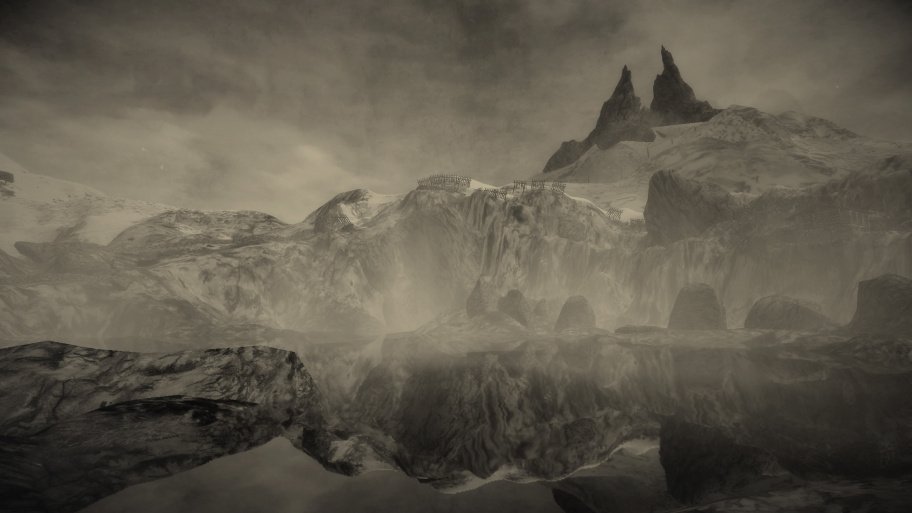 There are also beautiful views.

This alone makes the atmosphere unusual, but there are a couple more interesting solutions here. IN Mundaun only one dubbing option is available – in Romansh. It is spoken by only a few tens of thousands of people around the world, and almost all of them live in one area in Switzerland. In the UNESCO Red Book of Languages, Romansh is included in the list of endangered languages. And the fact that the characters in the game speak in a real, but almost unknown language, makes the adventure even more atmospheric.

Well, the location of Mundown itself is also not invented – this is the name of the mountain in one of the resort regions of Switzerland, where the ski area is located. The developer knows these places very well and tried to transfer some elements from reality to the game – there is a similar architecture of low buildings, a chapel with images of saints on the walls and ceiling, lifts leading to the top of the mountain. An entertaining video was filmed about the process of creating the game and the sources of inspiration – it is interesting to watch it both before and after the passage.

Mundaun is a horror, and it scares not with screamers (although, unfortunately, there is one), but with an unusual atmosphere. This word is repeated too often in the text, but this is the main thing on which everything rests here. The game is both creepy and interesting at the same time, what awaits you around the next corner. I would like to see which location is next, what’s inside the next house, what paintings hang on the walls there and what notes someone left. It can be uncomfortable here, even when nothing seems to be happening – just the creak of the floorboards or the breath of the wind make you a little nervous. 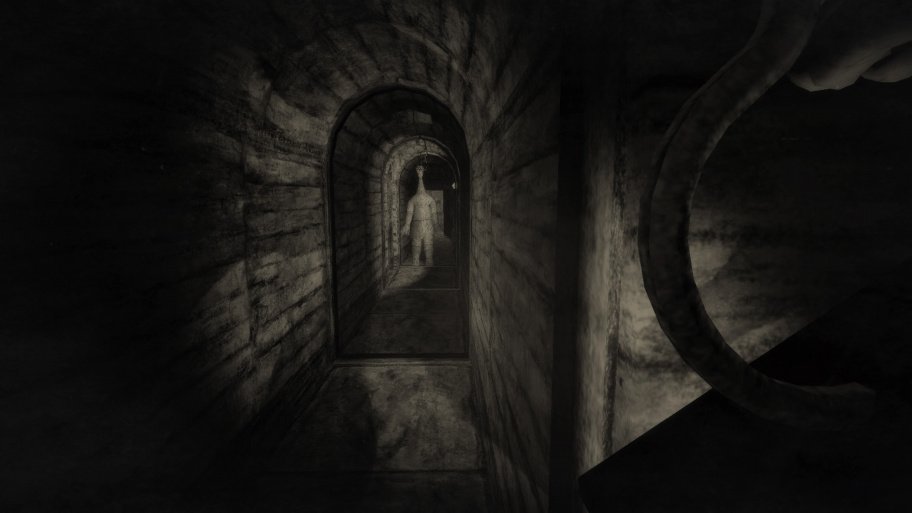 If only he didn’t turn …

At the same time, the plot keeps the screen. It is because of history Mundaun seems like a real arthouse. The plot is quite simple: the grandson arrives at the place of the death of his grandfather, who seemed to have died during a fire in a barn, but the hero quickly begins to realize that something is wrong here. The local holy father suspiciously leaves the conversation, the circumstances of death are unusual, and it is not possible to say goodbye to a relative – a hole was simply dug in the cemetery, but there is no coffin. All the fun begins further, when you can’t wait to find out what else was in the developer’s head and what absurd ideas he brought to life.

The story remains mundane, but the situations the hero finds himself in (and the characters with whom he communicates) cannot be called anything other than strange. The plot is very addicting and does not disappoint, there is such a close connection between it and the atmosphere of the game that one is amazed. Until the finale (and there are two endings) Mundaun does not fizzle out for all six hours. 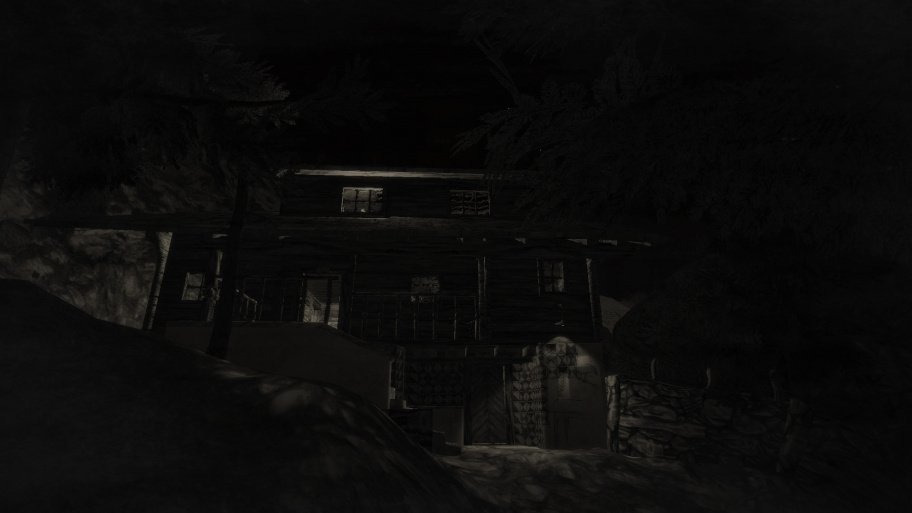 There is safety in numbers

But questions may arise about the gameplay. Nothing new Mundaun does not offer, combining elements that we have seen in many similar games. There is an inventory where the found items are stored, and you can use them in certain situations. There are monsters that appear mainly at night – their design is based on little-known Swiss folklore. But if in many horror movies the character is helpless and forced to hide in closets, then here you can fight back the monsters – stab them with a pitchfork, move in a car, or even shoot them when you get a rifle.

It all works crookedly. The combat system seems to be deliberately made badly, so that I did not want to enter into conflicts with anyone (they even give an “achievement” for passing without killing). Some collectibles improve performance – for example, after finding instructions for using the rifle, the scope will shake less (but this does not help much). It is worth noting that there are practically no situations in which you need to defeat someone – there is a chance either to skip the monster ahead, or to run past. The hero can be paralyzed by fear for a second, but this rarely leads to death, especially if you have improved the corresponding parameters.

But the revived straw effigies are not allowed to set on fire.

One of the main problems of the game is not always the correct reaction to attempts to interact with an object. You can aim the sight at the object, and nothing happens – you need to move away or look at a slightly different angle, and then everything will work out. This is especially annoying when you try to open one of the two drawers in the chest of drawers or one window, next to which there are two more – even if you look at the desired object and press the button, you will not always achieve the desired result.

In addition, in a couple of moments the game gives not very clear instructions, forcing you to wander around the location in an attempt to advance further. More often than not, everything is very clear – the following problem is written in the diary, and sometimes clues like black-and-white figures appear on the way, indicating the right path. But sometimes there is nothing like that, and the locations here are large – three regions connected with each other by tunnels. And the character does not move too fast (especially in the snow, if you do not find snowshoes). On the other hand, these walks help you stumble upon secrets – small buildings where you can brew coffee to increase health, or hidden keys that are surprisingly suitable for most lock caches. 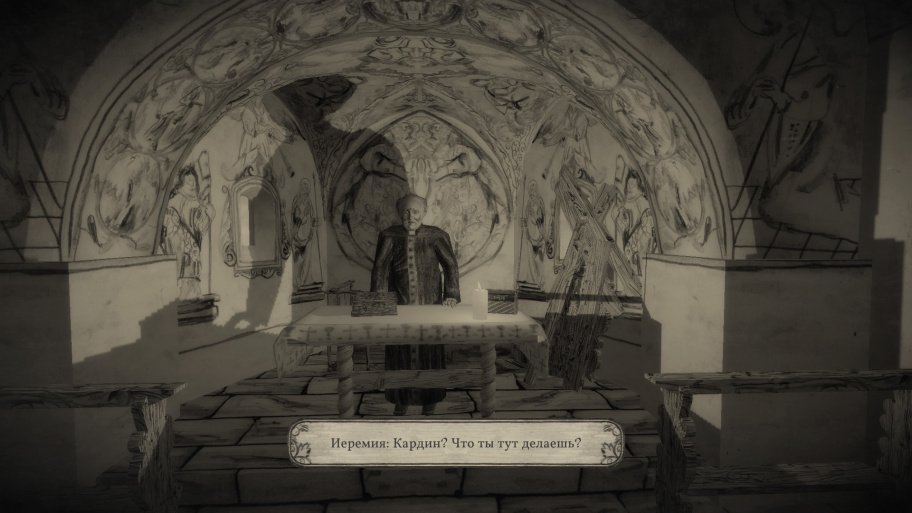 The characters are not drawn and animated in the best way, but they fit perfectly into the environment.

In general, the game works – you cannot say that the gameplay is bad here, it is just that sometimes you have to forgive something. Yes, the inventory is not the most convenient, and it is not always clear what you just took. Yes, it was not without game conventions – when you pick up a box of matches, in fact, it symbolizes only one match and disappears after use. Yes, some elements, such as the ability to set fire to hay, are not needed at all. But when you understand how everything works here (and it happens quite quickly) and agree with all the rules, you pay less and less attention to these shortcomings.

Mundaun Is one of those games that you get a lot of fun playing through, but you don’t know if you can recommend them to everyone. Of course, this is in many ways a unique project – you will not find such an atmosphere and manner of storytelling in the daytime with fire. Not everything is perfect here, but over time you turn a blind eye to the shortcomings to see what surprises this amazing combination of non-standard ideas and template gameplay elements will present. As a result, you don’t regret the time spent and you are glad that you didn’t leave such a pearl unattended.

Pros: unusual visual style, thanks to which a unique atmosphere is achieved; intriguing plot; locations are interesting to explore; excellent sound design.

Minuses: curvature of some gameplay elements; you can get stuck in a couple of scenes not knowing what to do next.