Samsung is gearing up to launch a new entry-level Android smartphone. Samsung Galaxy A02s with model number SM-A025G has appeared in the popular GeekBench benchmark database.

The phone scored 756 points in the single-core test and 3934 points in the multi-core test. A few days ago, the phone was spotted in the Bluetooth SIG database with model number SM-A025F. The same phone is expected to be released in different regions under the names Samsung Galaxy A02s and Galaxy M02.

GeekBench confirms that the Samsung Galaxy A02s runs Android 10 operating system and has 3GB of RAM. Presumably, the Galaxy A02s may be equipped with an eight-core Qualcomm Snapdragon 450 SoC. 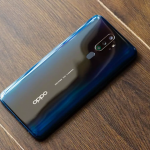 Positioning accuracy up to 1 meter. Oppo introduced a new technology for smartphones

Galaxy A11 is Samsung’s latest budget phone to get One UI 3.1