Relevant for the platform: NSW

Games in which you go on a safari seem to be an idea on the surface, but almost no one tried to implement it. This is understandable – if you propose hunting for existing animals, then there should be a lot of them. And everyone needs to be drawn and animated, and hardly anyone will undertake such a difficult project. With Pokemon in this regard, it is a little easier, if only because they are fictional. A similar experiment was carried out back in 1999 on the Nintendo 64, and now they have tried again.

Do all the work for the rest

At the beginning New pokémon Snap we find ourselves in the Lental region, where we meet Professor Mirror and his assistant. They work in the laboratory, and their task is to study all types of Pokémon and learn more about themselves and about the entire ecosystem of the nearby islands. The character is immediately given a research camera, with the help of which he has to photograph all the creatures he sees, and the professor will evaluate these pictures and enter them into the photodex.

In the original, besides the protagonist and the professor, there were no characters, so the plot was very schematic. Here the situation has changed, but not much: new heroes have appeared, there are more videos, and some dialogues have even been voiced – after Pokémon Sword it looks strange. But the story clearly doesn’t deserve to be played for its sake – as, indeed, in all Pokémon games. The professor, together with his assistants, is trying to understand the nature of large luminous Pokémon (in the original – illumina pokémon), so he does not let him go to all the islands at once and everything needs to be studied gradually – that’s the whole story. 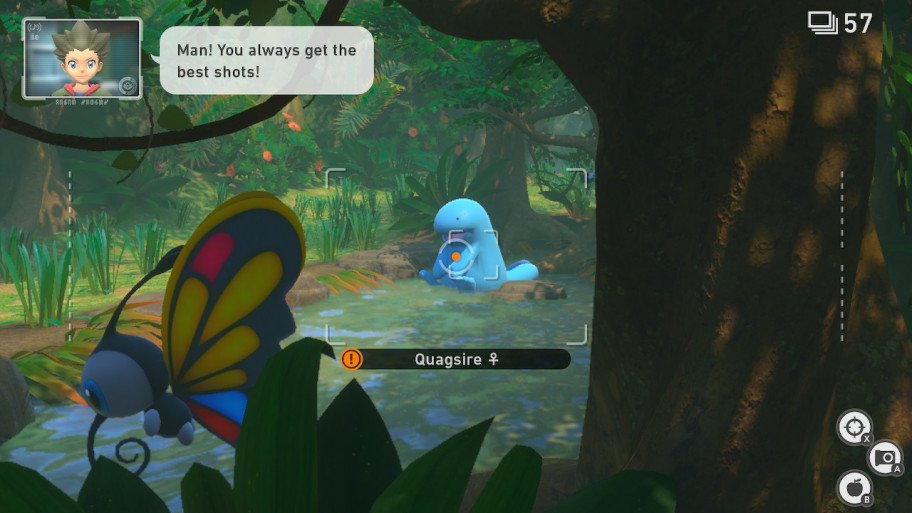 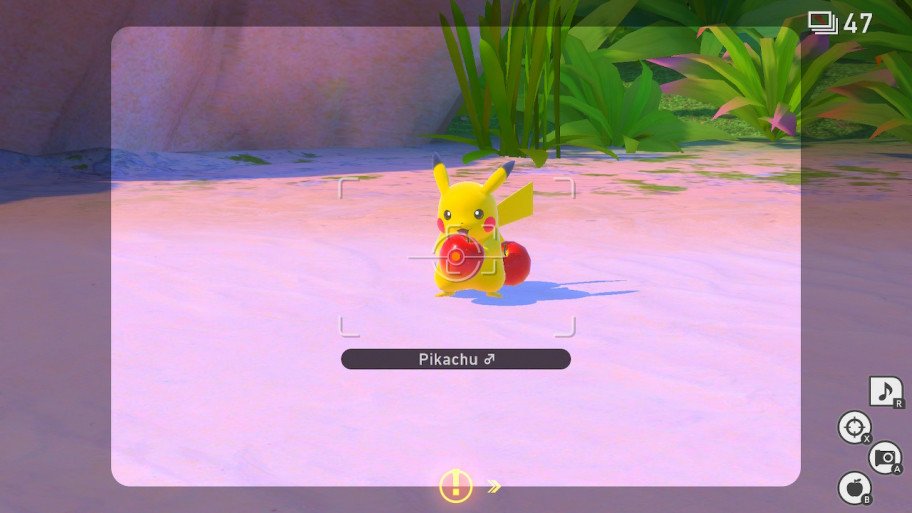 It was necessary to do this.

A world full of secrets

For the most part, everything in the game is scripted – if the birds flew overhead at a certain point, then they will always fly like that. However, this world does not make it less alive, especially thanks to the many surprises that each separate location throws up. When you first visit her, you see only a small fraction of what she really has to offer. The better your photos, the higher the level of the researcher, and the amount of living creatures depends on him. Plus, the locations have night versions, where creatures can be completely different, and those who slept during the day wake up after sunset.

Assignments help to find the most interesting opportunities – the professor and other characters regularly throw them up, as if hinting to the player that, simply traveling from start to finish, he doesn’t really see anything. You will be asked to take a photo of a certain Pokemon when it laughs or is standing on its front paw, or you will be asked to find someone in the tall grass. There are more difficult tasks – for example, taking a picture in which one Pokemon is fighting with another, or grabs him and takes him somewhere. This is where experiments begin: you need to throw a fruit at someone at the right time, somewhere you need to activate a scanner, attract someone with music, and so on.

For a good shot, you will have to repeat the process, restarting the expedition.

This is complicated by the fact that the descriptions of orders are sometimes too vague. One of them says that the pidget bird does not approach people, but it can be attracted by the fruit. It would seem – you throw the fruit so that it comes closer, and you take a picture. But no, more actions are required, but guess what. Unfortunately, the game does not report the completion of the task until you go to the laboratory and show the photos to the professor, so you have to hope for luck and only assume that you did everything right. Plus, if you have already taken the desired picture before receiving the task, the game will not take it into account and you will have to photograph the Pokemon again.

This is where the image rating system helps, which has changed slightly since the original. The number of points depends on several parameters. Posture is important – if the pokemon is jumping or flying, it’s better than if it just stands. The size of the creature in the photo is important – if you took a picture from afar, then you will get few points. The direction of the gaze is important – photos in which the creature is looking at the camera are especially highly valued. It is important whether the Pokemon is centered in the picture. Well, the environment matters – here the background is preferably beautiful, and it would be better to catch other Pokémon in the process of shooting. In the original, bonus points were awarded to photographs where several identical creatures were captured, but here such a strange rule is no longer there. 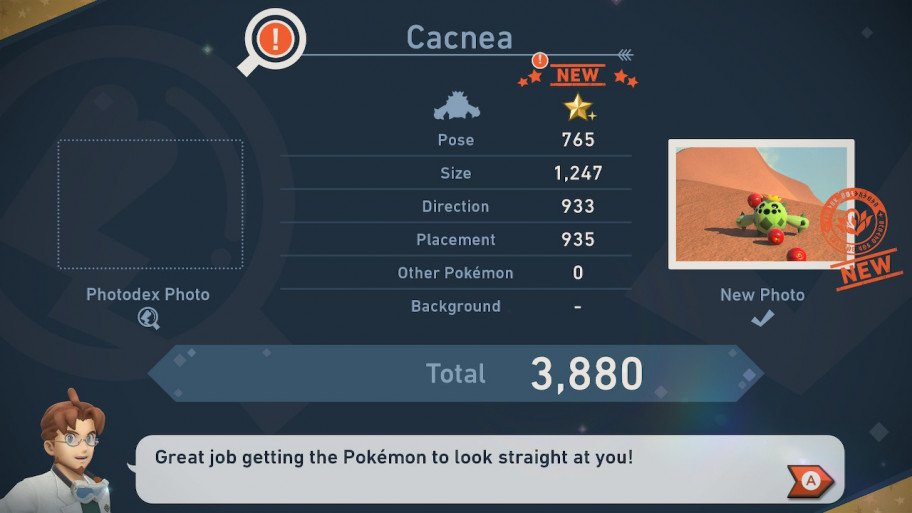 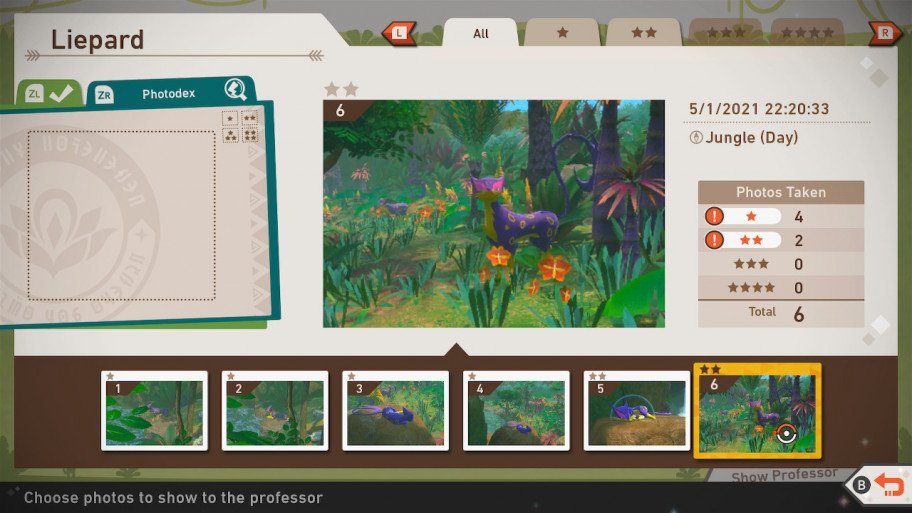 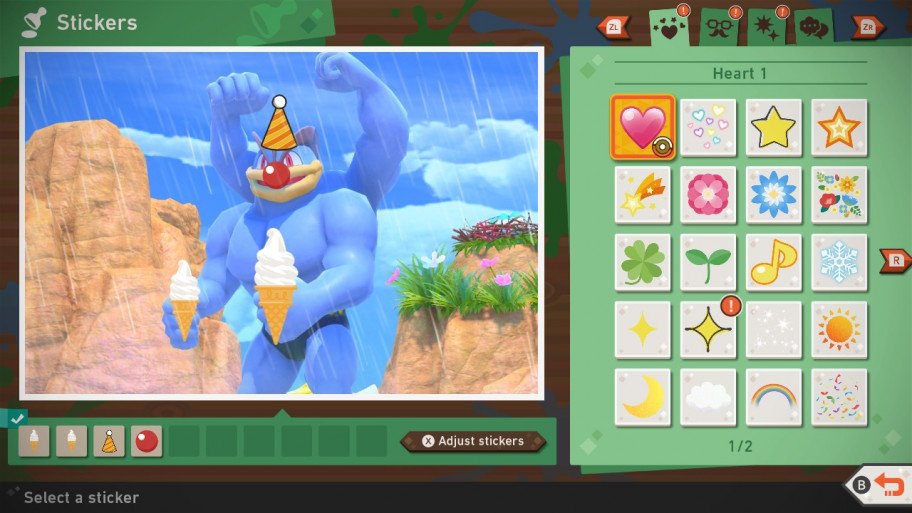 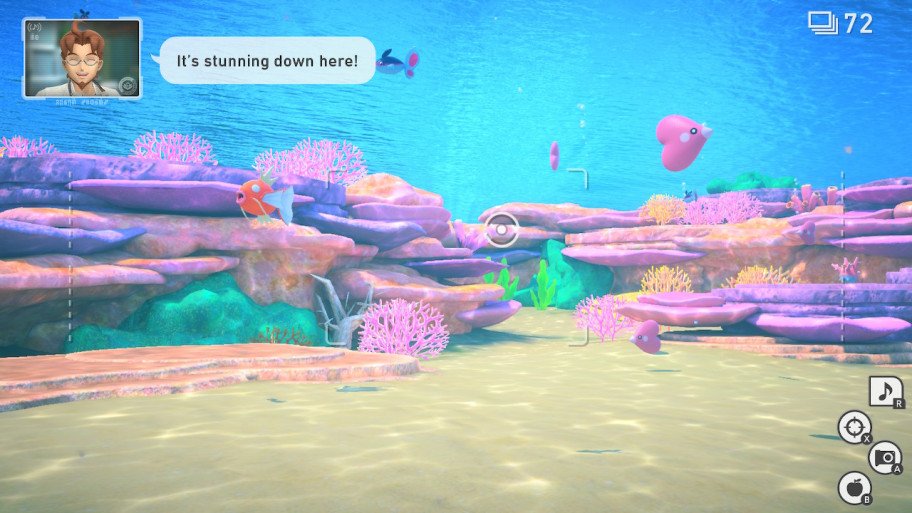