The PlayStation 4 has released the open-world sandbox Nostos, previously available only on PC. The game includes cross-platform multiplayer so all users can play together. The disadvantage of this port is the lack of support for virtual reality glasses, which is in Steam’s version.

Nostos was released on December 6, 2019, for PC. Players generally praised the gameplay but criticized the project for a huge number of bugs. 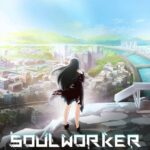