Nubia and Red Magic smartphones will no longer be available. ZTE will release new items under its brand

While other Chinese companies are spinning off their brands into separate companies, ZTE has decided to merge its brand’s previously established divisions.

Today, ZTE held an event in China during which it announced the new Blade 20 Pro 5G smartphone. The Chinese giant also revealed its plans for the coming year, which turned out to be quite ambitious.

While other Chinese companies are spinning off their brands into separate companies, ZTE has decided to merge its brand’s previously established divisions. Xu Ziyang, president of ZTE Corporation, announced that next year it would join its three mobile brands ZTE, Nubia, and Red Devil / Red Magic.

Blade and Axon smartphones are produced under the ZTE brand, Nubia produces phones under its name, and Red Magic specializes in gaming models. All new smartphones of these brands will be released with the ZTE logo next year.

The ZTE President also announced that the company plans to expand its retail presence by building up to 5,000 stores across China. ZTE said they would also complete the first batch of their ZTE 5G test centers next year.

Management also announced that next year ZTE would focus entirely on China and create a new brand image focused on technology, quality, and the younger generation. A “1 + 2 + N” strategy was announced that would integrate phones, personal and family data, and a variety of connected smart devices. 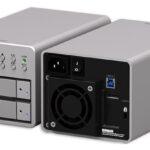 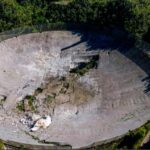 The world’s most famous radio telescope is destroyed. Arecibo decommissioned