The guys at Starbreeze have come a long way: they are the publishers of games such as Dead by Daylight (PC version), Payday 2, the shooter The Darkness and the heartbreaking story of Brothers: A Tale of Two Sons. It would seem that everything should go well with such a portfolio, but everything changed after the failure of Overkill’s The Walking Dead. Then Starbreeze sold the rights to System Shock 3, and its subsidiary company was handed over to Rockstar Games for $ 7.9 million. The mobile shooter Payday: Crime War did not manage to get out of the trial run at all – Starbreeze shut down the servers.

Now there is hope for fans of masked criminals: Starbreeze has partnered with the PopReach Corporation. This will allow the project to be developed and released to smartphones. PopReach is engaged in purely shareware projects, so you should expect a donation. By the way, Payday 3 is expected in 2023. 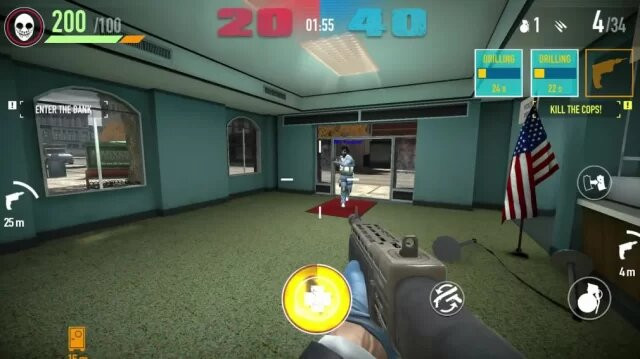 Payday: Crime War will be released on iOS and Android. No release date yet. We will learn more information about the project towards the end of 2021.