Do you know Krafton? These are the guys who made the original PUBG and are now working on mobile PUBG: New State. You probably don’t know that South Korea has a popular novel, The Bird That Drinks Tears. Krafton will adapt it for games and other projects. What do you need to know? The author of this piece is recognized as a pioneer of Korean fantasy. To work on the visuals, Krafton hired Hollywood concept artist Ian McCaig. He previously worked in Star Wars, The Avengers, Harry Potter, and even The Terminator.

The author of the piece, Yeon-do Lee, hopes that Krafton can make a game that will be popular even after 30 years. It is understandable why the creators of PUBG decided to take on the novel: this is a real franchise, the books of which are sold in millions of copies in Korea. Yeon-do’s worlds are complex and filled with complex characters (hello Sapkowski). 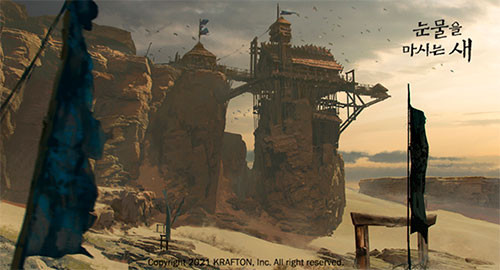 It is not yet known which platforms Krafton will bring the Bird That Drinks Tears games to. Probably the project is still in the early stages of development or even conceptualization.