Blizzard has released a new video explaining what to expect from the first season of Shadowlands in World of Warcraft.

This week, players will be able to explore the Castle of Nafria raid on Normal and Heroic Difficulties, while Mythic and the first wing of the Raid Search will open next week. Also, users will be able to access the first seasonal Shadowlands mod for Mythic Keys – “Full of Pride”. By defeating common enemies in Mythic Keys, you can summon Pride, which, when killed, will impose a powerful positive effect on group members.

Other novelties include unique rewards for completing raids, participating in rated PvP battles, and completing certain tasks. All bonuses are opened in a special storage located in Oribos. 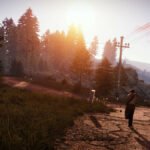 It turns out that Population Zero was shut down, but almost no one noticed it.

Season 6 kicks off in Garena Free Fire: map updates, interface and much more