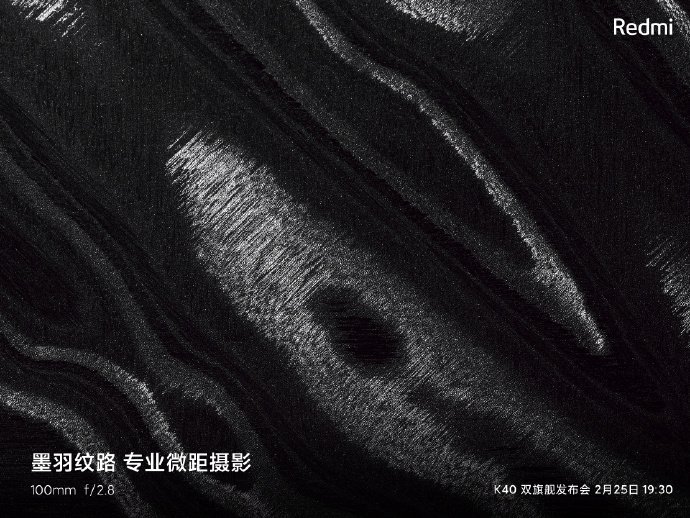 We have already seen many different static teasers dedicated to Redmi K40 smartphones, and now it’s time to take a look at the first official video. Epic music is hardly consistent with the video sequence, but this does not prevent you from viewing the smartphone from different angles.

As you can see, this time, Redmi has prepared something new in the form of a specially designed back panel: with its pattern, it resembles Damascus steel. According to rumours, only Redmi K40 Pro will boast of such a performance, but the back panel of the Redmi K40 will be designed with a simpler design.

Another news is that Redmi K40 will be able to take high-quality photos in macro shooting mode. The inscriptions on the teaser image above indicate that a separate camera module is used for this – with a lens with an F / 2.8 aperture and a focal length of 100 mm. Redmi believes that the images from this camera can be used as wallpaper or screensavers on the screen.