Replenishment in the family of budget devices: Oppo A54 5G and A74 5G presented in Europe

Between the global manufacturers of smartphones, a serious struggle sometimes unfolds, so Oppo is trying to keep up and conquer an increasing part of the market. This time, the corporation decided to expand its borders in Europe and presented a couple of brand new A-series devices – Oppo A54 and A74. The main focus is on low cost and 5G connectivity.

The mobile device has a 6.5-inch IPS LCD display with FHD + resolution. The screen refresh rate reaches 90 Hz. The Snapdragon 480 with a frequency of 2.0 GHz and the GPU Adreno 619 are responsible for the performance and power. The manufacturer has equipped the smartphone with 4 GB + 64 GB of memory. On the back there is an impressive camera module, on which the main lens is located at 48 MP, ultra at 8 MP, as well as additional ones at 2 MP. For selfies, there is a 16 MP camera.

For good autonomy, there is a 5000 mAh battery under the hood, but the lack of fast charging is a little upsetting. For safety, a fingerprint sensor is installed on the side. In addition, the smartphone supports functions: WiFi 802.11 b / g / n / ac, Bluetooth and NFC. The mobile device is available in a strict black version, as well as in a more interesting magenta color. The cost is from 324 dollars (24.200 rubles).

The smartphone is similar in appearance and other main features to the Oppo A54. The mobile device has exactly the same IPS LCD screen as its counterpart, with the same frequency and resolution. There are no changes in performance either, the budget employee runs on Snapdragon 480. The main difference lies in the amount of memory, the A74 comes with 6 GB + 128 GB of memory, and there is also a microSD slot. 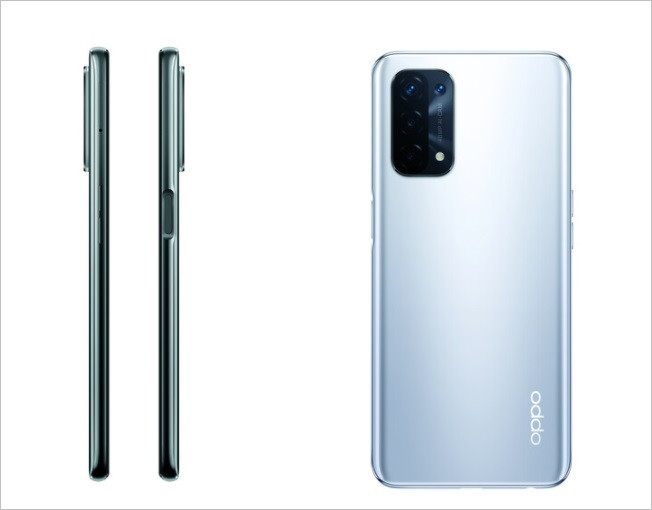 On the back there is a camera with four 48MP + 8MP + 2MP + 2MP lenses. On the front side there is a 16MP selfie camera. The smartphone was also equipped with a capacious 5000 mAh battery. The rest of the functions are exactly the same as A54. The device will be available in black and silver colors starting at $ 360.

It’s unclear why the company released two budget devices with the same specs, design and one single difference in memory size. Information about the appearance of smartphones in Russia has not yet been reported.