Samsung Galaxy M12 has passed Bluetooth certification, the announcement is not far off

The South Korean corporation Samsung is preparing to present the Galaxy M12 smartphone, the renderings of which began to appear on the Internet a month ago. This is also hinted at by the Bluetooth certification that the mobile device recently passed. It turns out that the official announcement from Samsung is very soon. In total, five Galaxy M12 models were tested. Some of them may end up with a slightly different name, for example, the Galaxy F12, because Samsung releases the same smartphone in different regions, changing the model name.

There are no specific details regarding the technical stuffing of the Galaxy M12 on the certification page. The only thing we know is that the smartphone will use the Bluetooth 5.0 module. This means: low power consumption, audio playback on two devices, and high data transfer rates over long distances. 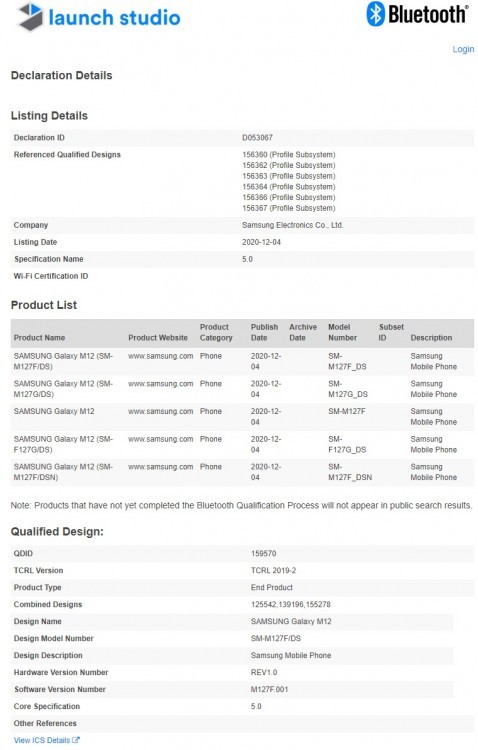 According to rumors, the Samsung Galaxy M12 will use a battery with a volume of 7,000 mAh. The 3.5mm audio input will not go anywhere. According to the renders, this model will have a small fringe that Samsung has nicknamed “Infinity-U”; this is where the front camera fits.