Let’s dare to suggest that the best RPG game released in 2020 will be Cyberpunk 2077. But if the Poles had postponed the release for another month or two, then SpellForce 3: Fallen God could well claim this title. Let me explain why.

Trolls with a human face

It is hardly worth recalling how mechanically interesting the SpellForce series is, which in 2003 offered a unique cocktail of RTS and RPG and has since generally followed this recipe. The first two parts with additions were accepted with a bang, but then dark times began for the series. And only with the release of the full-fledged SpellForce 3 from Grimlore Games in 2017, there was a long-awaited renaissance.

The third part is a prequel to the first game’s events. In Fallen God, we come close to where it all began, namely the confrontation between the magicians of the Circle and Phial Dargs, dark and almost immortal creatures of the renegade god Zarak. And to one very unfortunate ritual that split Eo’s world apart.

This is the first time we play as the trolls that inhabit the Urgat continent. Moreover, if the first issues of the series these creations of Zarak were presented mainly as primitive animals, we see them as a full-fledged people with their traditions. And the campaign for them is not a kind of wild orc raids, as is the case, for example, in the Warhammer series, but a much more complex and sad story. And the trolls themselves appear in Fallen God at times more human than people.

We play as Akroh, a young, newly elected leader of the Moon Brothers tribe, which is on the verge of extinction. People treat trolls like animals, poachers carve out whole camps for the sake of fangs, and then there is an outbreak of an unknown disease (trolls call it rot, but it seems this is the same blood heat that mowed down many races in the world of SpellForce ). And the change of power in the tribe did not come from a good life – the previous leader, Akrog’s father, was killed by people.

In general, the tribe is weakened and almost cornered. And at this moment, an unknown person in a mask comes to them, an outsider who promises help and a way out – if they free and awaken one of the Phial Dargs. And the body of that is divided into parts by the Circle’s magicians and is under protection.

The thing seems to be not very good. But this is not a story about how evil or selfish tribes conduct a harmful ritual to revive the fallen dark god and destroy the world. The trolls truly believe that Phial Darg will help them survive. This is a story of survival in a situation where everyone and everything around, it would seem, is against you. When you are hunted like animals, they do not understand, and they do not want to understand.

Naturally, this cannot end well. This exciting 30-hour campaign has several emotional endings, each of which is sad in its way. And you will experience powerful emotions because, during the passage, you will sincerely bite your soul to these big, strong, but sometimes childishly naive guys.

This is mostly due to the way trolls are presented in the game. They have their strange language (that’s why many of them don’t understand them): people are called “fragile,” their weapons are “knocking,” “metal,” “big crusher,” “mighty spew,” and so on. And they speak of themselves exclusively in the third person. “Grunvar dreams that someday they will find a real home,” says Grunvar Greyhide, an associate of the chieftain. “Akrog wants the same!” – Akrog answers him.

They have a religion, rituals, some of which seem barbaric – they voluntarily sacrifice themselves and even eat their relatives’ flesh. But the Moon Brothers practice this only in rare cases – they do not like other cannibal trolls either. And they, like the same Grunvar, collect sacred flowers and dream of a real home.

They do not rush headlong to beat and destroy everything around, but can think before doing something. Throughout the campaign, almost every mission involves choice situations. For example, in one of the assignments, we decide whether to rob the “fragile” village in search of food or negotiate with them. Even when we come in peace, the writers throw up situations that make us decide again what to do: then we will find a dead troll and start our investigation; then we will stumble upon slavers who offer to surrender the entire village to them in exchange for a generous reward and help.

Considering how much evil the “Fragaria” deliver to the trolls, it is tempting to go precisely the hard way. But here, we must also remember that many of Akrog’s decisions influence the formation of his younger brother, Noag. The latter, like Grunvar and another important companion, Zazka, travels with the leader.

Accordingly, he becomes softer or tougher, learns to value himself or the tribe more. And this is reflected, among other things, on the availability of skills, on whether he will receive bonuses to defense and the chance to block or to attack.

Each character has its character. Zazka and Grunvar dislike each other and often quarrel. And this is not just typical for many RPG quarrels between partners in the spirit of “A dwarf with a beer belly does not like an elf”, but a rather tragic story associated with the fact that they wanted to kill Zazka in childhood. And Akrog again has to decide who is right and who is wrong.

Thanks to our partners, perhaps it was in Fallen God that we saw the most advanced character generation mechanics. After all, it is necessary not only to create the main character but also to choose specializations for all his allies immediately.

In addition to two trees of abilities (and they are also divided into many branches), they have unique skills used while exploring the world and solving plot puzzles. Akrog can see the past events, his “younger blood” – to break through some walls and obstacles, Zazka – to crawl through holes in the ground into locations inaccessible to others. And Grunvar – to read in other languages. And the higher this skill, the more cool blessings and spells found on special altars he will be able to pronounce.

With Hero Specializations, which sometimes make SpellForce look like The Lost Vikings, exploring the levels is even more fun. And the missions themselves regularly and competently alternate – sometimes strategic, role-playing, then protect an important altar from waves of people. We solve riddles in the next temple, where the hand of a fallen god is hidden. Sometimes we decide for ourselves – we will attack an enemy settlement according to the classical scheme to destroy it or expropriate the resources we need from the fields and small sectors, without touching the village itself.

There are also changes in strategic gameplay. Part is connected with the emergence of a new race. Trolls have units that become stronger when they devour their kindred.

Also, they have an interesting training system for fighters. First, we create basic units, walking or flying. Then the same crusher on foot can be sent for retraining to a fist camp – he will be made a more uncompromising melee warrior. Then even more and more abrupt – there are many options.

Or you can send an already advanced fist-fighter to a throwing camp to quickly re-profile him into a unit for long distances. This is especially useful when dealing with flying opponents. And when we are going to storm enemy bases, we will need to convert someone into wall breakers. The trolls also have iron gatherers who can extract it from the air.

On a separate tribal camp map, you can study upgrades for the entire troll economy in between missions.

Also, the system of sectors has become even better and more logical – including thanks to the emergence of sanctuaries, which allow these sectors to be specialized, for example, in the preparation of food or the extraction of stone.

However, as before, it is often necessary to specialize in the construction of defense towers.

Finally, Fallen God benefited from the crafting system: almost every item, including scrolls and books, for special characters, can be disassembled into materials so that they can create potions, equipment, and even some important plot items. Moreover, there is an eminent blacksmith-man among these special characters, turned into a pig by his brother. And the trolls, which is strange, did not even eat it – there was also a place for humor in this sad story.

What this pig doesn’t do is there is a bunch of epic gear. True, drawings are needed.

And there was also a place for an exciting multiplayer – there are different modes, including a duel with email messages. With the advent of the troll race, playing on the Web has become even more enjoyable. On the eve of Fallen God’s release, the authors even released a free version – SpellForce 3: Versus to get acquainted with the races and modes.

In SpellForce 3: Fallen, God is, of course, their problems – for example, is not the most user-friendly interface and tools. And in some situations, the characters prevent each other from passing. Once my heroes stubbornly refuse to attack the mechanisms that kept the golems alive. Well, that is, things are mostly technical. However, all heroes belong to the same race (and even to the same tribe) will not appeal to all lovers of variety in party RPGs. But in all other respects, the addition turned out better than the original and SpellForce 3: Soul Harvest. And in general, perhaps the most role-playing among many, even the oldest releases of the series.

Cons: all key characters in the party belong to the same race, although they are endowed with different characters; technical flaws.

SAKUNA OF RICE AND RUIN: A COMPLETE REVIEW AND DOWNLOAD 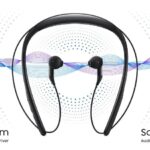 Samsung’s New Wireless Earbuds With 18-hour Battery life Are Only $ 50. Level U2 Introduced