Star Wars: Knights of the Old Republic 2 is now pre-ordered for Ios

Without unnecessary announcements from the Aspyr Media studio, we learned one exciting news: the legendary and classic role-playing game Star Wars: Knights of the Old Republic 2 is preparing for release on mobile devices, namely on iOS. This is the sequel to the first part, which takes place five years later. According to the plot, the Sith destroyed almost all the Jedi, and now they are finally preparing to destroy the Old Republic.

It turns out that we are the last hope of the Republic, one Jedi. The fate of the entire galaxy will depend on our decisions because we will have to choose – to become a valiant Jedi or completely plunge into Darkness and go over to the dark side of the Force.

Star Wars: Knights of the Old Republic 2 will be released on iOS on December 18th. This is a premium game and can be pre-ordered now. The issue price is  ‎$9.99. The project will weigh almost 4 GB. It will even be compatible with the iPhone 5S, at least according to the App Store page. Nothing is known about the Android version. 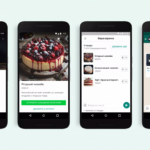 Whatsapp Is Finally Becoming A Store. A “Basket” Appeared In The Messenger