Leonardo, Michelangelo, Raphael and Donatello will return in a new Beat ’em up game called Teenage Mutant Ninja Turtles: Shredder’s Revenge. Developed by the studio Tribute Games, responsible for numerous platformers such as Panzer Paladin, Mercenary Kings, Flinthook, Ninja Senki DX and others. The publisher is Dotemu, which released Streets of Rage 4.

Teenage Mutant Ninja Turtles: Shredder’s Revenge is a classic retro style Beat ’em up that can be played in four-player co-op. All four turtles are available to choose from, each with their own skills and fighting style. As the developers explain, each character, vehicle, weapon, item and background is inspired by the original 1987 TV show, making you feel like you’ve jumped into the TV.

The release date for Teenage Mutant Ninja Turtles: Shredder’s Revenge is still unknown. The game is being developed for PC and unnamed consoles. The Steam page is already available. 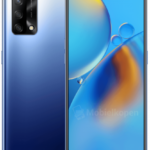 renders and key specs hit the web before launch