A few days ago, we witnessed the debut of the first high-end mid-range smartphone with 5G support called Redmi Note 9T 5G. Not much time has passed since that moment, but news about the model has already begun to appear on the Internet. Redmi Note 10 Pro…

Although information from none of our sources not officially confirmed, its reliability is relatively high. First, we emphasize that we can again count on the excellent upper mid-range segment, in which Redmi, as a manufacturer, usually does its best.

Thanks to the 91mobiles portal, we have access to some of the Redmi Note 10 Pro smartphone’s main features. It is also reported that the Note 10 series smartphones will appear on the market in at least three colours, namely in black, white and green. 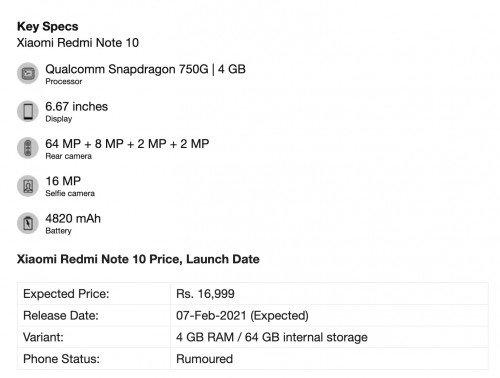 As you can see in the image above, the device will be powered by a powerful mid-range processor called Qualcomm. Snapdragon 750G supports data exchange in the fifth generation networks and will receive 4 GB of RAM.

We can expect a display with a diagonal of 6.67 inches at the front, while support for a higher refresh rate is not excluded. The rear panel will house a quad-camera: a 64MP main sensor, an 8MP wide-angle lens and two 2MP sensors.

Finally, it became known that the device will be powered battery with a capacity of 4820, which is a decent spec. We will probably see quite high power fast charging, but we don’t have that yet.

The price will be possible to buy Redmi Note 10 Pro in the Indian market for 16,999 Indian rupees, which is approx 192 EUR / 234 USD… We will be able to find out more information in February when the smartphone should be officially presented. 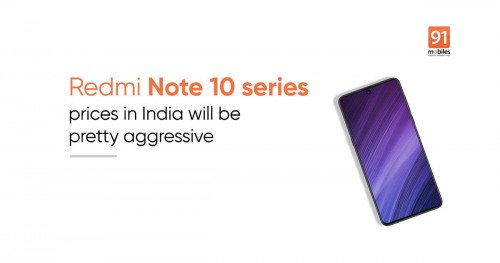 And, of course, we will continue to monitor the situation and provide the latest news. If you do not want to miss something important, follow our website, read the news, participate in discussions.