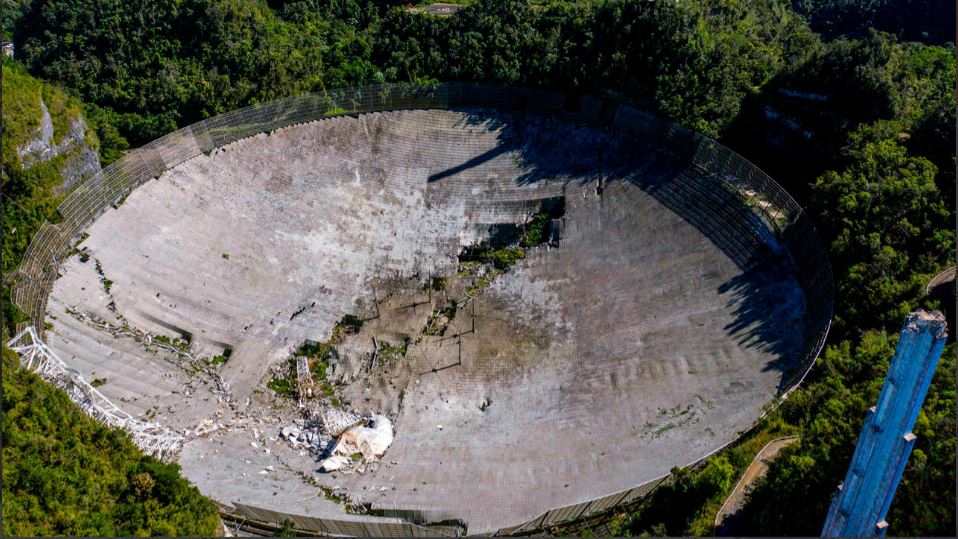 The world’s most famous radio telescope is destroyed. Arecibo decommissioned

The observatory has operated for over 50 years.

A significant loss marked the end of 2020 for astronomers. The other day the legendary Arecibo radio telescope was destroyed.

It became lost to science a little earlier. In August, one of the cables, designed to hold the receiver platform above the reflector plate, burst, causing the plate to receive minor damage. Then, in November, the second cable burst, and the US National Science Foundation decided to stop using the telescope. The reason was that the damage made the observatory dangerous to repair.

The Arecibo telescope was built over 50 years ago – in 1963. At the time of its construction, it was a colossal structure. With a giant dish with a diameter of almost 305 m, this giant remained the largest radio telescope of this type until recently. At the beginning of this year, with the full commissioning of the 500-meter Chinese Five hundred meter Aperture Spherical Telescope (FAST), Arecibo lost its leadership.

Apple shares set a new record, the company is already worth more than $ 2.4 trillion