In January, a Xiaomi device with model number M2101K9AG was certified by the US FCC. The Commission’s IMEI database states that this device is called Xiaomi Mi 11 Lite 4G… After the FCC, the phone has received certifications from other platforms such as BIS India, NBTC Thailand, IMDA Singapore, EEC Europe, SIRIM Malaysia and Bluetooth. Images of the phone recently appeared on Weibo, and now everyone can appreciate its appearance.

The first image below shows the model number M2101K9AG. It can be seen that the device runs Android 11 with MIUI 12’s proprietary custom skin. The phone uses an as yet unnamed octa-core processor clocked at up to 2.3 GHz. The device also received 6 GB of RAM. The second image shows the design of the back of the smartphone. It looks like it has a glass case back with a square-shaped main photo module that houses a triple camera and LED flash. 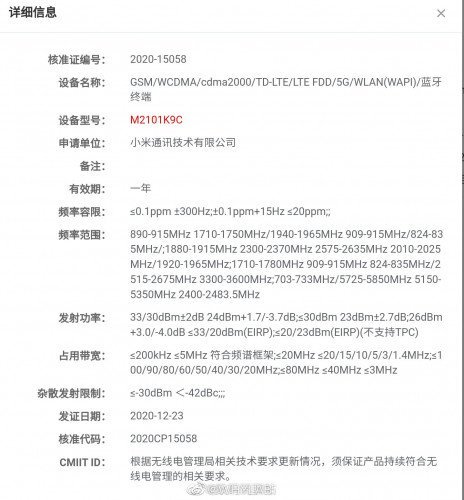 According to the leak, Xiaomi Mi CC11 will be the first phone with the next generation Snapdragon 7-series chipset on board, which is supposed to be named Snapdragon 775G… The phone is expected to have a battery with a capacity of 4150 mAh…

For photography, Xiaomi Mi CC11 may have a 64MP camera as the main sensor… The phone is expected to support the 5x optical zoom. The rest of the details of the device are kept secret by the company. The smartphone could probably be officially unveiled in the next few weeks. 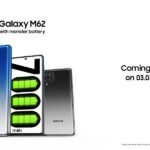 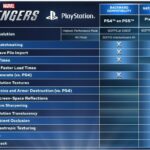