Finally released on PC The Legend of Heroes: Trails of Cold Steel IV Is a game designed to complete one of the longest and most epic story arcs in Japanese RPG history. How successful was the grand final and was it a final at all? Maybe just an ellipsis?

In the review The Legend of Heroes: Trails of Cold Steel III I described in detail the history of this unique series and the main plot motives of the arc, which has been published since 2004 and is devoted to personal and political conflicts in the Ereboria empire. The main character, let me remind you, is Rin Schwarzer, who first studied and served, then seemed to have stopped the civil war and himself headed the updated Class VII in his native military academy.

To say that the third part of the series ended dramatically is too soft. Some of the familiar characters died, others seemed to be insidious murderers and traitors, Rin himself was kidnapped, the emperor was killed, on the verge of a new civil war and even the end of the world, if an ancient curse is realized, which is already beginning to act, changing the flora and fauna. In this situation, Rin’s students from the new Class VII begin their search for him in an attempt to fix, stop and save everything.

You are sincerely worried about the main character.

For newcomers from the outside, it looks rather ridiculous – pop-eyed boys and girls in intricate costumes conduct banal dialogues about how important it is to unite and stand firm in this difficult hour; consoled with pompous speeches of yesterday’s traitor, saying that he is not to blame for what happened and must pull himself together for Rin’s sake. And they wipe away a tear, looking at how the kids play – they say, it’s good that at least everything is in order with them in these difficult times. At the same time, after 10 minutes they can wash together and touch each other’s boobs. 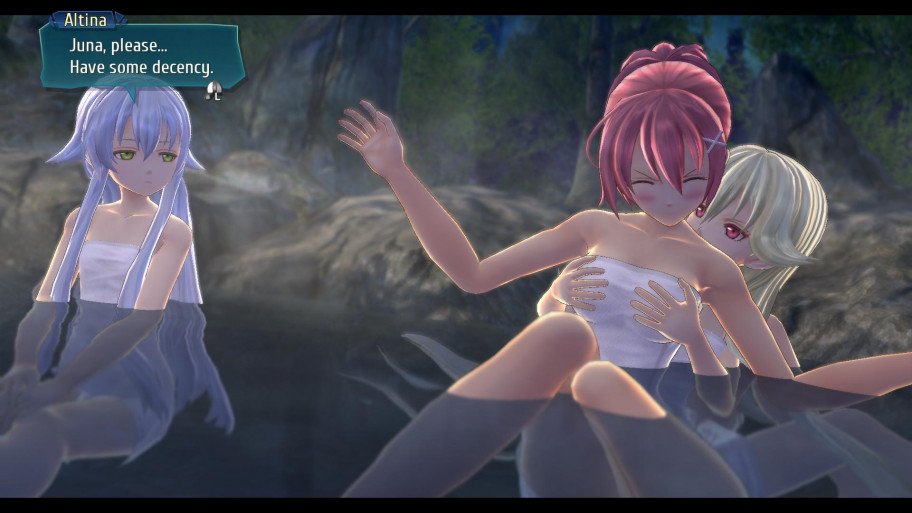 In general, everything is very Japanese, besides, it is pathetic, banal and really does not understand anything – there are too many characters who remember something there. 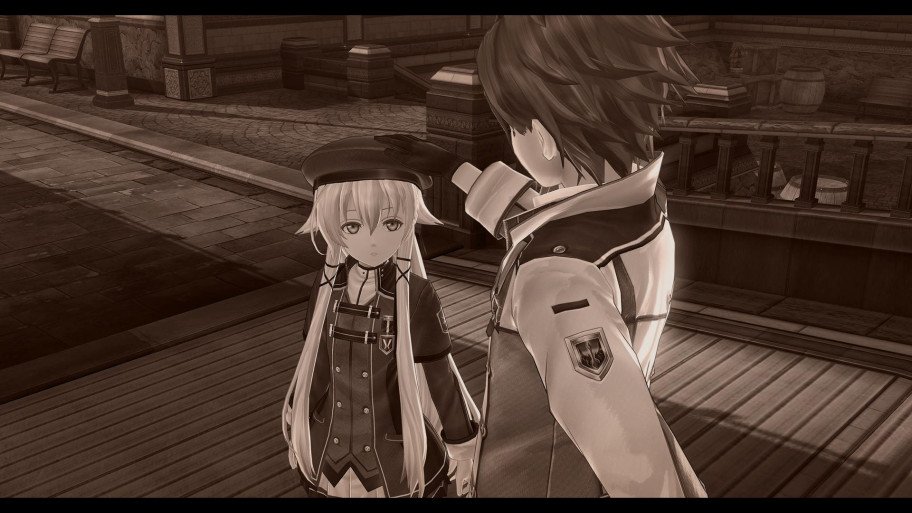 All memories are painted in such tones.

The situation is aggravated by the fact that the plot, which, due to an extremely dramatic plot, starts much more vigorously than in Trails of cold steel iii, in the middle sags noticeably – we are forced to wander in an airship around the empire, explore and complete side quests before the story moves on. 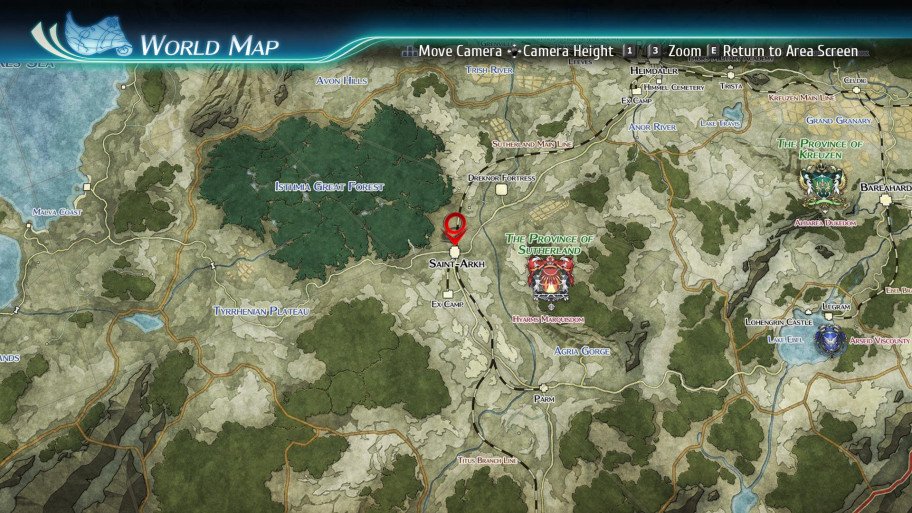 On the map there is where to roam, what to see and visit.

We say goodbye to them. And goodbye is not for us

But the trick is that The Legend of Heroes: Trails of Cold Steel IV – this game is not for beginners at all. If you wish, you can study a separate section about previous events, but it is better to play the previous parts yourself. Because to start your acquaintance with the series with Trails of cold steel iv, and then complaining about “trite” and “incomprehensible” is like starting to read “War and Peace” from the end or a book series about the witcher.

The comparisons are not accidental. Trails of cold steel – this is really a lump, where the world, and the characters, and numerous storylines are worked out in detail, which are woven into a complex tangle of scandals, intrigues, tears, nostalgia, friendship and romance. 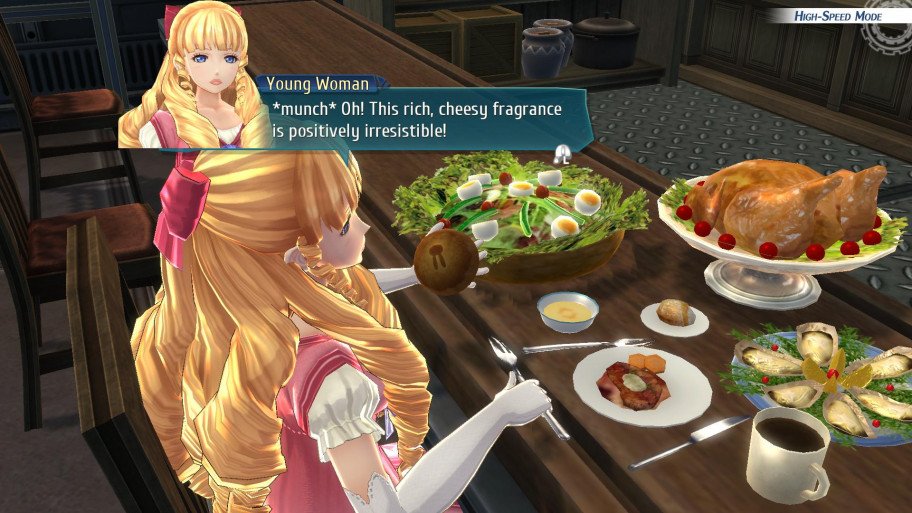 With humor, too, everything is in order.

And only loyal fans of the series will be able to understand this tangle, for whom it will not be difficult to understand. On the contrary, for them these “banal” speeches of the heroes, their meetings and memories are like a balm for the soul. After all, the authors bet on creating and maintaining emotional connections between characters that do not completely change their composition in each new game (as, for example, in Final Fantasy), but have been developing, leaving and returning for the past 17 years. 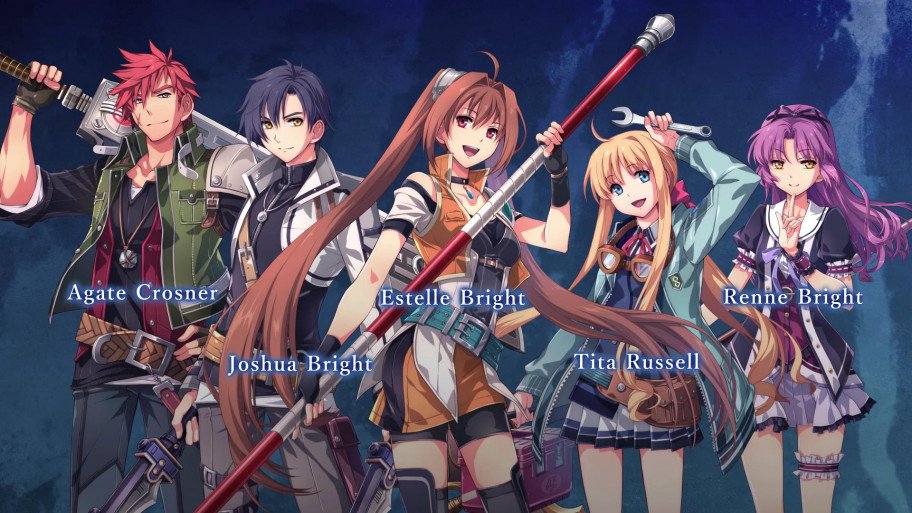 And it is in Trails of cold steel iv almost all of them come together – here is the largest cast of characters, including both this and other arcs in the series. Here is a separate trailer about them:

But for fans, every meeting with familiar characters and the opportunity to play for Lloyd or, for example, for Estelle – the name day of the heart. Just read the comments like “I’m 40 years old, but when I saw the heroes on the screen again Sky and Zero/Ao, then squealed like a schoolgirl “or” I can’t even find the words to describe all the delight that I experienced when I saw Estelle and KiA. ” And how personally I was glad to see Yuna and Altina again … 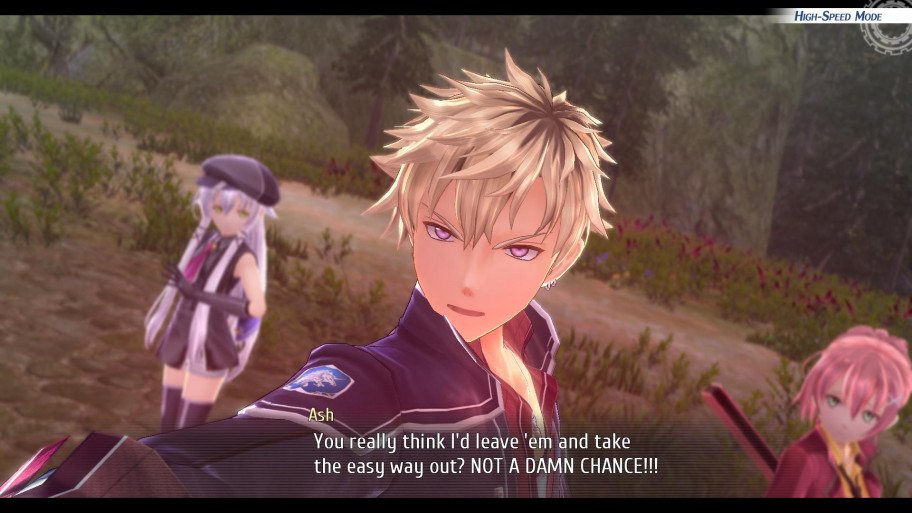 And I also had something to say to Asha.

This despite the fact that in addition to such fan sentiment in the script Trails of cold steel iv there are also objective advantages. Even in comparison with the intense events of the second and third parts, the number of dramatic and intriguing twists has increased here, as has the overall level of the production. Yes, somewhere in the middle, the pace of the story slows down, and this may not please even the veterans of the series, who want to quickly know how it all ends.

But, on the other hand, this is still not a visual novel, but a large Japanese RPG, where you need to allocate time and space for grinding, and for exploring the world, and for side tasks that raise the party’s reputation. Moreover, it has become more convenient to explore – everything interesting is marked with different markers on the map. You can travel by horse, there is an extremely comfortable system of fast travel. 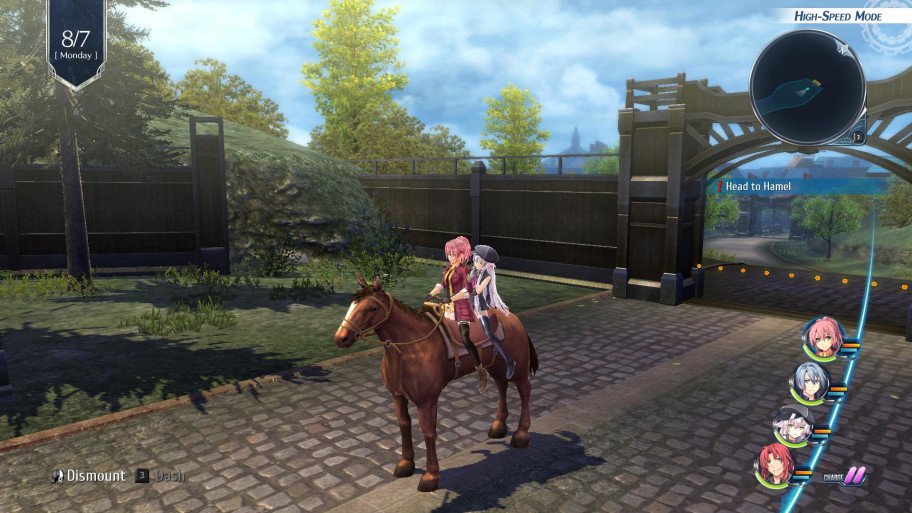 True, in my PC version, horse control was almost buggy.

In addition, even outside of plot events, we strengthen the bonds between characters and participate in special events (social interactions, or Bonding Events) that reveal characters, continue and complete their personal stories – and this, believe me, is no less interesting. Moreover, you will not be able to view all the events – you have to painfully choose who to follow more closely.

In any case, there is no need to get bored – in Trails of cold steel iv many mini-games, including the own CCG Vintage Masters, which this time went even deeper, and a local version of the puzzle Puyo puyo… Plus the must-see fishing, cooking and sightseeing photography. 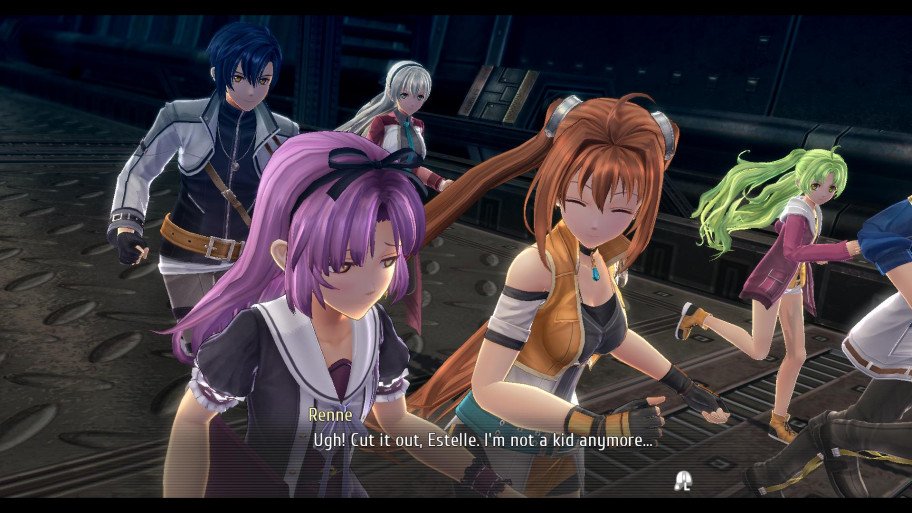 The writers, as usual, often switch us between characters.

Renewal and return of the old

In terms of gameplay The Legend of Heroes: Trails of Cold Steel IV is almost identical to the third part, so you can read more about the gameplay in the same review. There are battle orders in place, giving bonuses to the whole group, and connections between characters, and joint techniques, and spells, and the quartz system, and craft.

Additional and combo attacks are activated if you press the desired button in time.

Enemies are still more or less sensitive to various types of elemental, piercing-cutting and other damage. But the main thing is that they need to be stunned in time in order to get out of the most difficult situations.

The use of unique spells of characters, as usual, resembles a mini-cartoon.

Some mechanics have been improved. For example, unique powerful spells (Lost Arts) returned from the early parts. From there, chests with especially dangerous monsters migrated, against which only certain characters can fight – and as a reward, they pump their unique battle orders. At the same time, now you are always free to return through your laptop to the still unopened chests. 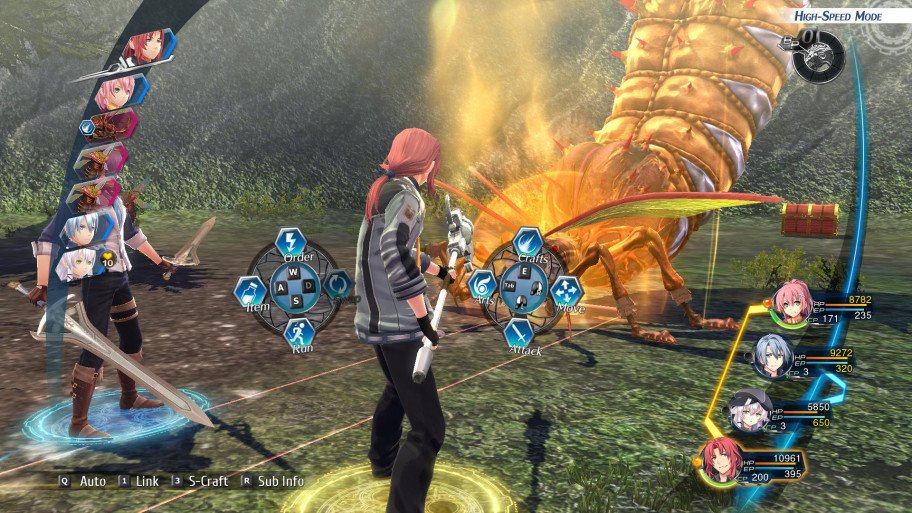 In general, there are more elite monsters and bosses, and in general, compared to the third part, the difficulty has grown – grinding on “hard” and “nightmare” is almost mandatory. Some bosses have even learned their own battle orders. And this increased power of monsters is quite logically explained by the plot itself, namely by the action of a curse that brings the end of the world closer. 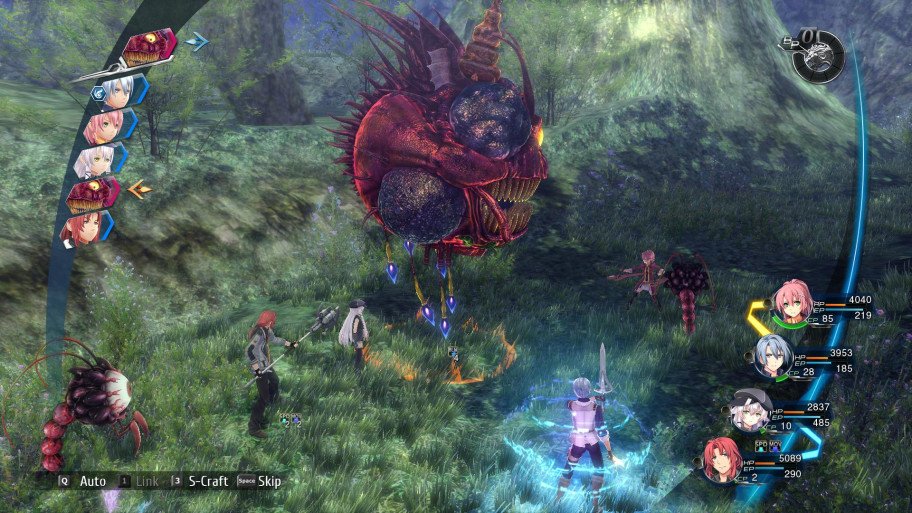 The bosses are scary.

On the other hand, it is now allowed to summon Battle Mechs for help right in battle. And in general, the battles on robots have become noticeably more. And the limit of points for using combat orders in fights has also increased – this gives more tactical scope.

True, such a colossus can only be summoned once per battle.

Not modern, but beautiful

The disadvantages here have to be almost sucked out of the thumb. Well, yes, the graphics and animation give off a bit of mothballs, but for such a gigantic game in terms of content, this is not so important. Yes, even with this on my laptop the picture often slowed down, but these are more likely problems of my laptop, and not the port as a whole. 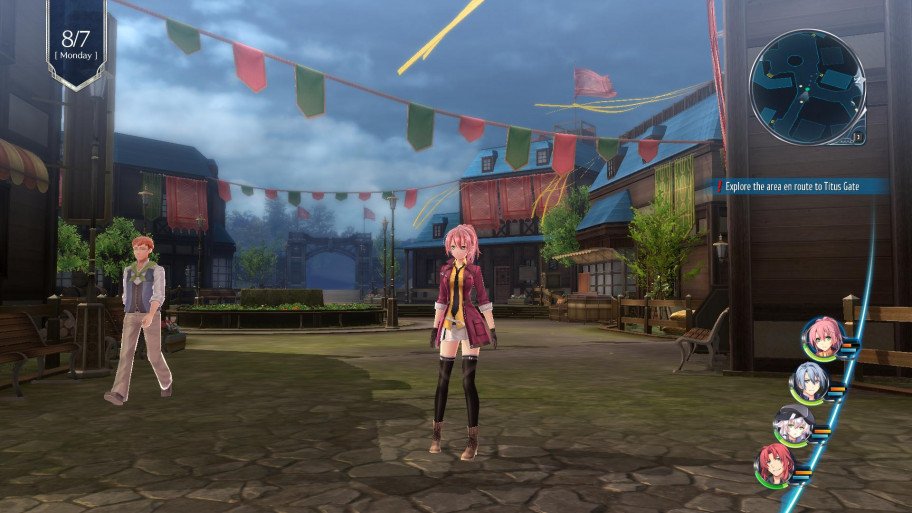 The game does not look super modern, but overall it is pleasant.

Yes, there are sags in the pace of the storytelling and grind. And with a huge cast of characters, it seems that someone has worked better than others – and the uniqueness of many of them in battles is leveled over time. But this is rather nit-picking.

The battles may seem drawn out, but you can always turn on the turbo mode.

Anyway Trails of cold steel iv – an excellent grand finale of a really great and very significant series for the genre, which evokes a lot of sincere emotions from its fans. And beginners who have seen enough of these tears and snot may now want to start their acquaintance with the arch Trails of cold steel…

As for the question asked at the very beginning, whether it is a full stop or an ellipsis, it is more likely the latter. But we’ll find out for sure after the western version comes out. The Legend of Heroes: Hajimari no Kiseki – it is this game that is designed to stretch the bridge between the old and new stories. There are three main characters at once, and Rin Schwarzer is just one of them. So we wait, hope and believe.

Pros: a dramatic and epic plot that covers the story of a magnificent and very long series; increased level of drama and direction; many familiar and detailed characters from previous games; polished compared to the third part of the gameplay; not the most modern, but quite nice picture; many fan services; excellent, as always, soundtrack; expressive voice acting not only in Japanese, but also in English.

Minuses: the plot sags in the middle; at high levels of difficulty, you need to actively engage in grinding; antediluvian animation.

Electronic Arts bought the forgotten Glu Mobile for $ 2.1 billion, what does that mean?