A real summer has begun on the street – the heat up to 30 degrees makes mobile gamers go out more often and indulge in the rays of the Sun. But one thing remains the same – a weekly podcast from AppTime Media “Briefly about the main thing”, where we cover the best news for the outgoing week. By the way, the release will also be hot, so keep a soft drink or ice cream on hand, and let’s go!

The Truckers of Europe 3 project was released on iOS and Android. It allows you to open a freight forwarding company and travel independently on the well-groomed roads of Europe. The game captures your eye from the very first seconds with realistic car and environment models, as well as RTX-level lighting. Unfortunately, the trucks are not licensed and you will not be fined for violating traffic rules, although other cars in traffic try to keep their distance, although some complain about the intelligence of bot drivers. Well, expect a change in the weather, which will certainly lead to unpleasant incidents on the road due to wet asphalt.

YOU CAN ALSO READ:   The tactical shooter Ready or Not has entered the early access stage on Steam

Rejoice, Tim Cook fans – the looter shooter Lost Light is now available on iOS as part of a beta test. To gain access to it, you need to fill out an application, a link to it in the latest news. The good news is that the system requirements are not high – you need an iPhone 8 or higher. The servers will close on the 4th of July, so hurry up – every day there is less and less time. The developers report that since its launch on Android and PC, Lost Light has entered the top 10 Google Play games, and 2 million gamers have already played it. Well, let’s wish NetEase good luck, because after the release of Arena Breakout, their offspring will have a severe competitor.

You can win in Diablo Immortal without a donation, but this is not certain

From every iron after the release of Diablo Immortal, only one hears: “Money is everything” or “I don’t need PvP, I play for fun.” One way or another, in order to dominate others, one player spent $50,000 on pumping gems, raising the resonance level to 7,000. He poured not his hard-earned money, as other streamers do, on which he started hunting, but thanks to hundreds of millions of gold in World of Warcraft . On the other hand, one gamer got Immortal status without spending a dime. Our readers immediately suspected something was wrong, saying that whale friends helped him or he was just lucky, since there are still Immortal bots now. What do you think? Write your guesses in the comments.

YOU CAN ALSO READ:   The second CBT of the multiplayer first-person shooter CROWZ has started

Alpha Ace will briefly replace Counter-Strike for you

For the Alpha Ace shooter, a new beta test for Android has begun with a bunch of rewards for those who log in daily and reach level 20. The gameplay takes place in the first person and often resembles the legendary Counter-Strike. I am glad that by default the game does not have auto-guidance and other auxiliary features – you need to aim and shoot on your own. Top players will be able to shoot the enemy from afar with a sniper rifle, and after a short training, go to kill bots on corridor maps. For victories, you get a new rank and unlock new guns. In general, it will go to bezrybe.

Tower of Fantasy is an alternative to Genshin Impact, but with a focus on multiplayer. Initially, the game was available exclusively in Asia, but now the beta test of the global version on Android and PC has begun. Testing will last until June 27, so hurry up, especially since places are limited and you won’t be able to download from official sources; our installation file will come to the rescue. Gamers on iOS, unfortunately, will have to wait. I must say right away that you need to prepare a lot of space on your smartphone – the PC version weighs about 20 GB. Well, a little hint – climb the high tower in the center of the map and get a frame.

Hello Neighbor: Diaries tells a terrible secret about the Neighbor

The mobile game Hello Neighbor: Diaries appeared on both platforms and is a kind of cropped version of the first part about the evil Neighbor. This is a free part, so you can already go to someone else’s house, look for keys there and use them to open locks, because a secret is hidden behind them. But do not think that everything is so simple – every time a Neighbor catches you, the anxiety indicator grows, and locations can change along with the size of the house. The good news is that you do not have to start all over again – as you progress, all the items found appear in the hub room.

YOU CAN ALSO READ:   Bless Unleashed developers shared information about new changes in the PC version

Tencent Mobile did something that even major publishers on PC and consoles failed to do – it released an early version of Moonlight Blade Mobile with the ability to create an avatar that looks like a real person, if not for a pinch of anime style. The game launched in South Korea on iOS and Android, adding weather-changing locations where rain creates puddles and your sword destroys bamboo trees. Expect another hub city where you can meet other players and very beautiful outfits, albeit premium ones. Yes, you’re hearing this from someone who doesn’t really like donation MMOs. Be sure to try Moonlight Blade Mobile.

And that’s all for me, dear friends. Thank you for watching to the end – we are trying only for you. Subscribe to the channel, put your fingers up and write in the comments what game you are waiting for next week and why. See you soon! 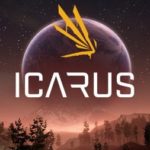