The Chongqing Micro-LED Innovation Forum and Konka Semiconductor Display Technology and Product Launch Conference were held in China. At the press conference, Li Hongtao, Vice President of the Konka Group and Chairman of the Chongqing Institute of Optoelectronic Technology, gave a speech and introduced the Konka Group’s achievements semiconductor industry. At the end of the conference, Konka announced the world’s first watch with a MicroLED display.

According to the company’s information, the Konka Aphaea Watch received a 2-inch MicroLED screen with a glass substrate only 0.12 mm thick. This screen’s maximum brightness is 1500 cd / m22, the display covers 147% of the DCI-P3 color space and can operate in temperatures from -30 to 70 degrees Celsius. Moreover, the operating time of these hours can reach 35 days.

MicroLED uses self-emitting backlighting just like OLED panels. MicroLED features very high contrast, deep blacks, and fast response times. At the same time, the MicroLED screen has a higher brightness and is more stable than the OLED due to its inorganic nature.

Although Konka did not disclose the display’s manufacturer for this watch, sources believe it is BOE. The Chinese display manufacturer started mass production of MicroLED panels last year.

Apple is rumored to use MicroLED for its smartwatches, augmented reality devices, and other unknown products.

Microsoft started warning about the dangers of Cyberpunk 2077 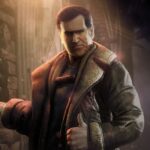 The best horror games 2020 for iOS and Android: Dead by Daylight, Boris and the Dark Survival and others