Xiaomi is arguably one of the largest exporters of technology from China, and even domestically, the brand is trendy. This is why the number of fans eagerly awaiting the company’s forthcoming tablet looks unprecedented. It’s been a long time since the tech giant revamped its tablet lineup. Xiaomi has already confirmed that it has not abandoned the tablet market. There are speculations that the brand is working on a successor to the Mi Pad 4, and it will be called Mi Pad 5…

Recently, one of the insiders shared a sketch of a stylus said to be a proprietary Xiaomi product designed for a tablet. The new Mi Pad 5 may be equipped with it, but the information has not yet been officially confirmed. The patent sketch shows that Mi Stylus has a design similar to the Apple Pencil. In fact, there is nothing extraordinary about this since the stylus looks like a regular pen but with a cap-like design at the bottom. There are suggestions that the device will have a wired interface USB Type-Cto be used to charge it. But there may be a Bluetooth connection as well. 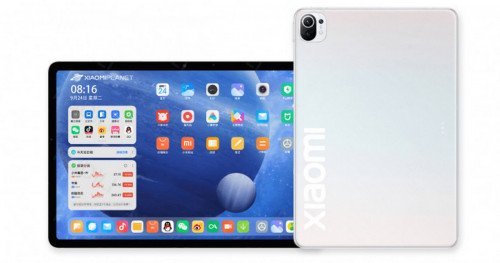 The sketch also shows that the stylus will have a magnetic area in the centre that can be used to attach to the tablet at any time. This is in line with previously known rumours that the Mi Pad 5 will have an aluminium alloy back panel.

If the Mi Pad 5 does have a stylus, it will definitely be an important feature, but we’re not sure about that yet. So do not harbour vain hopes – the company may not confirm this assumption… Nor do we expect features to go beyond basic ones like touch.

Recall that, according to reports from insiders, Mi Pad 5 is equipped with a chipset Snapdragon 870… The tablet is expected to have an excellent dispersion system that should greatly improve its performance, especially gaming. There is also a high probability that the device will be running a new operating system. MIUI for Padspecially designed for tablets. In this case, the user interface will be different from the mobile interface.