Xiaomi Mi 11 or Honor V40: comparison of the characteristics of the two Chinese flagships

Independent company Honor has started to grow again in the Chinese market after Huawei sold its brand and may soon grow globally. Honor is currently the sixth-largest smartphone manufacturer in China. Basically, this credit is the release of the new flagship Honor V40. At the same time, another flagship killer Xiaomi Mi 11, was released. Let’s compare which of the smartphones is better in terms of price and quality?

Xiaomi Mi 11 is produced with a very high display-to-body ratio and a small camera device, as well as with Victus Gorilla Glass. The Honor V40 also has a very nice design, thanks to the small hole for the selfie camera and the large rear camera device. Compared to Mi 11, Honor V40 is thinner and much more compact.

Xiaomi offers a more modern display, and it supports a higher Quad HD + resolution with 1440 x 3200 pixels. The screen displays up to a billion colours with a refresh rate of 120Hz and a maximum brightness of 1500 nits. Also has HDR10 + technology. The Honor V40 is not impressive in these specifications. It also supports a billion colours and HDR10 + technology, but the display brightness and resolution are lower.

Xiaomi Mi 11 leads the way with its 108MP main camera with image stabilization and support for 8K video recording. The Honor V40 is also a smartphone with a good 50MP triple camera, but not ahead of Xiaomi in this regard. Both devices are good smartphones, but far enough from the flagships with the best cameras on the market. The cameras of both smartphones consist of the main camera, an ultra-wide and a macro camera. Each lacks a telephoto lens and optical zoom. 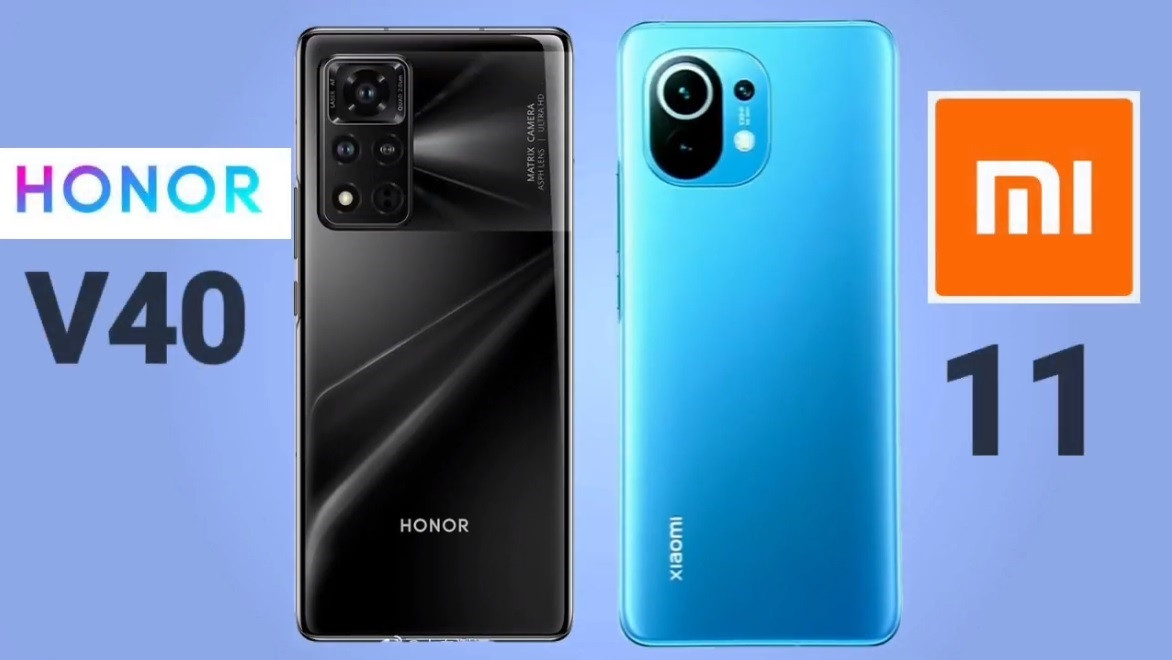 The Xiaomi Mi 11 has a 4600mAh battery which lasts longer than the 4000mAh Honor V40 regardless of the display efficiency. The processor that powers the Xiaomi Mi 11 has better performance, which means that the power consumption is much lower. The Honor V40 has faster charging with a maximum power of 66W. Both smartphones support wireless charging with a maximum power of 50W and reverse wireless charging technology.

The Xiaomi Mi 11 in the Chinese market is about $ 730, while the Honor V40 has a price tag of $ 555. Honor V40 can be purchased for less, but Xiaomi Mi 11 remains the best smartphone in different characteristics: display, processor and camera.