The developers of the superhero action game Marvel’s Avengers have shared the version’s details for the next-generation consoles. The game will run even faster and have better graphics than the previous generation.

On PlayStation 5, players will be able to switch between two graphical options:

Microsoft’s consoles will only have one graphics option: native 4K on Xbox Series X and native 1440p on Xbox Series S. The frame rate is not specified.

In addition to the above, PlayStation 5 players will experience gamepad tactile feedback and spatial audio. You can see a full comparison of versions for all consoles in the images below.

Marvel’s Avengers is coming to PlayStation 5 and Xbox Series X | S on March 18, 2021, with a major update bringing Hawkeye to the game. 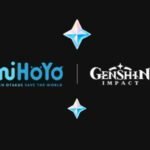 Genshin Impact developers are about to put us in virtual reality