A pixel-perfect adventure that is very similar in complexity to the Dark Souls series and is called Hyper Light Drifter made it to our selection of discounts from Studio Abylight. These guys also released an arcade runner called Ninja Chowdown. He tells the story of an unlucky and weighty ninja named Donatus. He was robbed of the Omniscience Donut by a ninja from another food clan, and we must stop them. On the way, you need to pick up donuts, which Donattsu eats with joy.

Along with this, we will deal with bosses who represent different clans: someone loves pizza, someone likes a barbecue, and so on. In general, everything is related to food here; everything sounds quite tasty, but the enemies are dangerous, so be careful.

There are 35 levels in the game, which are completed in a maximum of 3 minutes. Gamers can customize not only Donatz himself but also his pet. We have a shuriken as a weapon. Ninja Chowdown is available on iOS. There is no information about the version for Android. 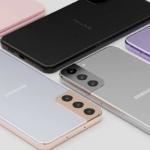 Samsung Galaxy S21 with Snapdragon 888 spotted in Geekbench, but test result is not impressive

When will your Galaxy receive the One UI 3.0 stable update?