The developers of the mobile Action RPG Torchlight: Infinite have published two short videos where you can take a look at the gameplay for the character of the Berserker class. In addition to bright flashes from skill and dynamic electronic music, the authors presented two options for assembling the hero, which will be effective in the collapse of everything and everything around.

Recall that Action RPG Torchlight: Infinite will be released in October 2022 on iOS and Android, and there will also be a client for PC. In addition, the project will receive support for Russian-language localization at the release. 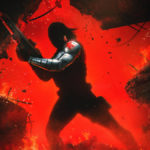