Money for Wheel of fate asked through Kickstarter, promising a lot of interesting “chips” and luring, among other things, that the game is being made by the designer Mass effect 2 Miles Holmes (Miles Holmes). What happened in this rather ambitious RPG in the end, and what did not?

In history, everything is not just traditional, but stereotyped. Almost immediately, we learn that our hero (or heroine) is the chosen Avatar who must save the world. And he was elected to this position by the title Wheel of Fate. Destiny in this world is a good force that binds all beings and maintains order in the universe. And then there is Misfortune – this is a “radish” that refers to the forces of Chaos, breaks ties and makes those it infects mad.

The rest is not difficult to imagine. The Wheel of Fate in its temple communicates with the Avatar, guides him. And the first thing to do is to defend the city closest to the temple. Well, chase the bad guys who laugh viciously and are preparing to conduct a ritual of summoning an even more evil and big monster. 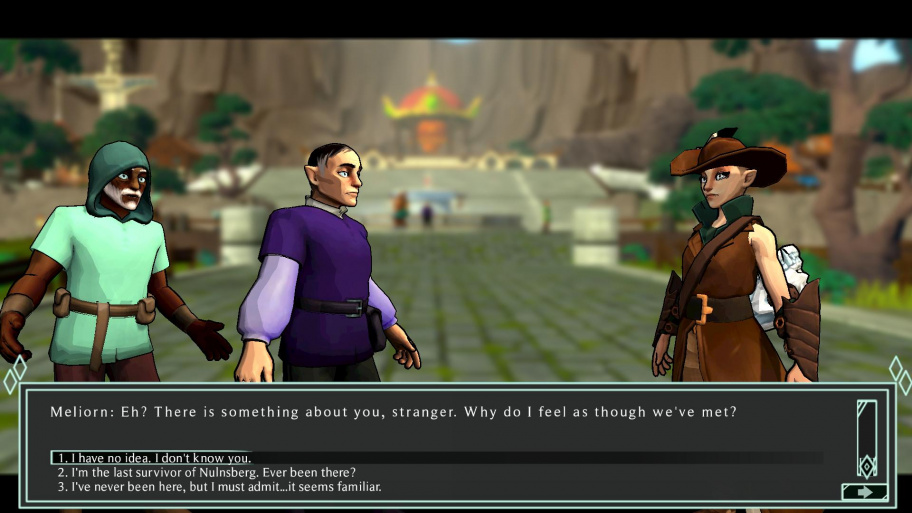 The last survivor becomes the chosen Avatar – who would doubt it?

The gameplay, on the one hand, is also standard. We fight in turn-based battles, recruit companions of different classes into the party, complete quests, pump parameters and skills, buy potions and new equipment. We clear long enough dungeons filled not only with enemies, but also traps and chests. Plus there is craft according to found or purchased recipes.

Plot quests are more or less interesting (more precisely, interestingly furnished, when, for example, you have to search for clues throughout the city), but the side quests are entirely from the “Find and bring so much and so” series. 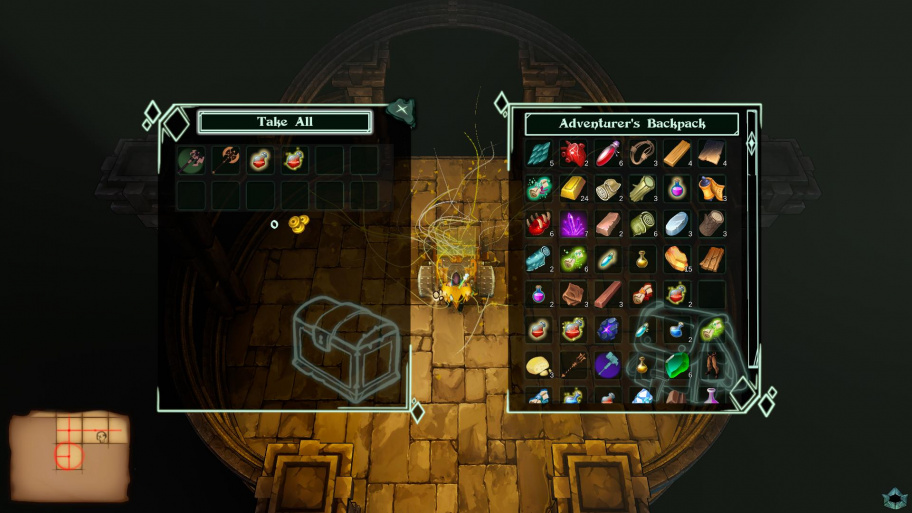 There are tons of everything to collect and distribute to the suffering. Fortunately, the inventory here is dimensionless.

On the other hand, there is …

Firstly, in battles, all actions are built on the QTE. The fights themselves are step-by-step, in the spirit of JRPG, but with peculiarities – in our turn we choose what we will do, but we do not do it right away, but first we wait for the enemy to choose his actions. Then the one who spends less time on it does his plan faster – the corresponding scale is displayed on the screen separately.

Normal attacks or the use of items from the inventory occur almost instantly, but skills that allow you to hit in the area, put deadly marks, heal allies, and so on, require different preparation times.

So, whether we just attack, defend, use the ability – in any case, success and effectiveness depend on how accurately and correctly we press the same button (on the keyboard it is Q) to stop the ring in the center of the circle. The same is true when we are attacked – if stopped in time, then the damage will be minimal. 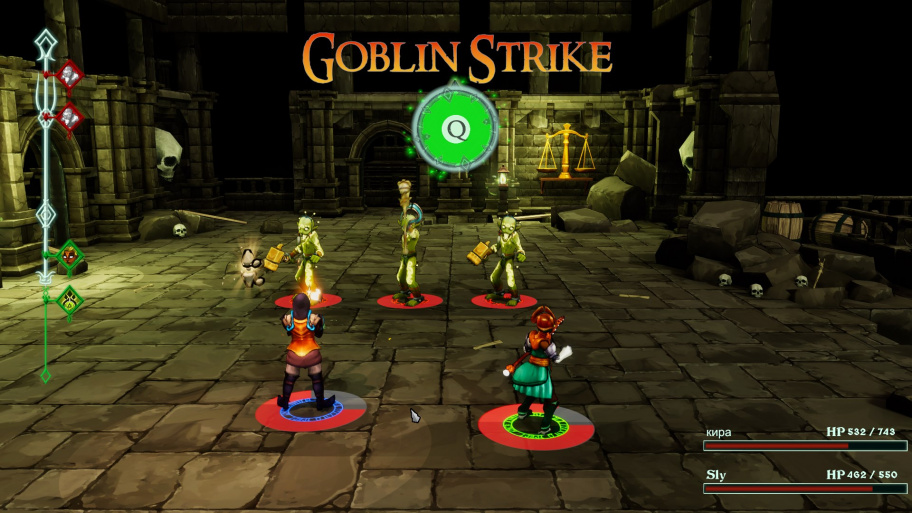 And so – throughout the game. If at first “one-button” fights seem funny, then they get bored. Unlike other games that use a similar scheme (for example, Paper mario), in Wheel of fate this is implemented less conveniently and more boring, perhaps, rehearsal – you need to press one button, besides, in other games QTE is not the only means of influencing the outcome of the battle, but here everything is built on repetition.

Secondly, from time to time you need to take care of the city, the mayor of which we are elected at the very beginning of the game. It is necessary to rebuild and repair buildings – the mayor’s office, the smithy, the quarter of magicians or doctors, the garrison. Plus, to appoint workers there so that these buildings generate materials for which we, in fact, build and repair. 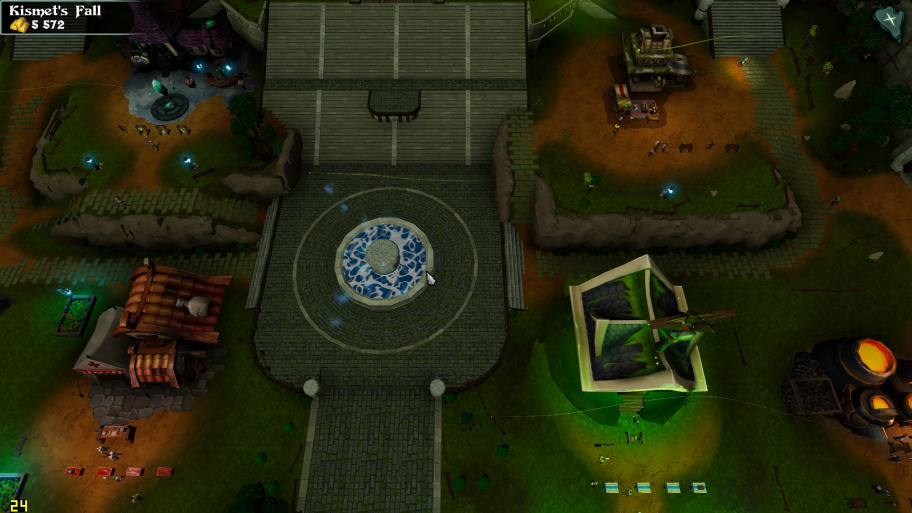 Buildings can still be pumped in the city management window, but there is not much point in this.

However, all this turns into a profanation – only a couple of times in the plot it makes sense to protect and repair something. The rest of the time, this is a useless function. Yes, buildings allow you to buy magic equipment (in the mages’ quarter) or potions (from healers), but you could put up the appropriate shops in the city and update the assortment there without the mechanics of “town planning”. In addition, there is never a shortage of materials or labor. Well, why was it necessary to fence a vegetable garden?

The Wheel of Fate also affects the content of the traps.

Finally, there is the Wheel of Destiny. This is a separate scale that fills up as you progress through the story and complete quests. How it is filled – tasks, dungeons and their contents are updated (plus new passages open in the temple): enemies, chests, and so on. And it seems that we, with our decisions and replicas, determine exactly how everything will be updated.

The authors call it Advanced AI Dungeon Master. It sounds interesting, but in fact these are variations of a more or less sensible randomness. It would be better, by God, we tried to make our decisions influence the plot (there is practically no such thing). 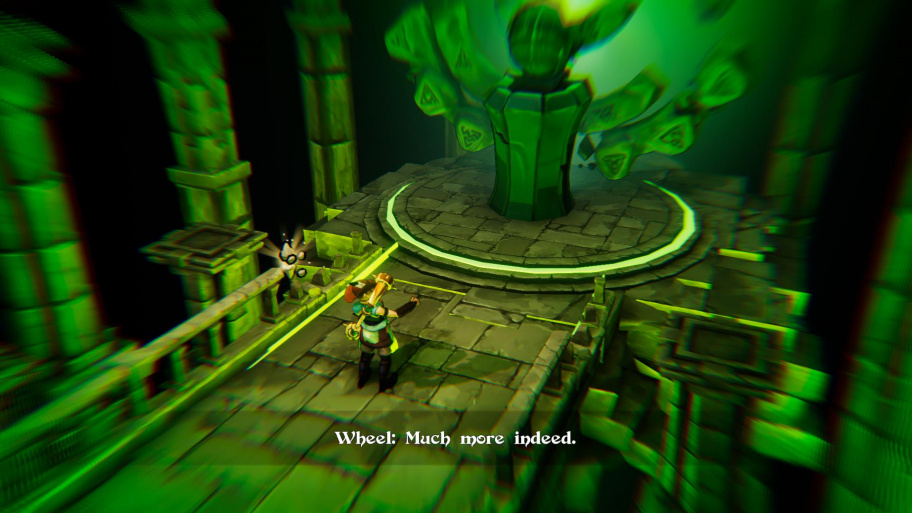 The wheel is talking here.

IN Wheel of fate nice art and rich colors, but overall the picture seems outdated – check out, for example, what the water looks like here: 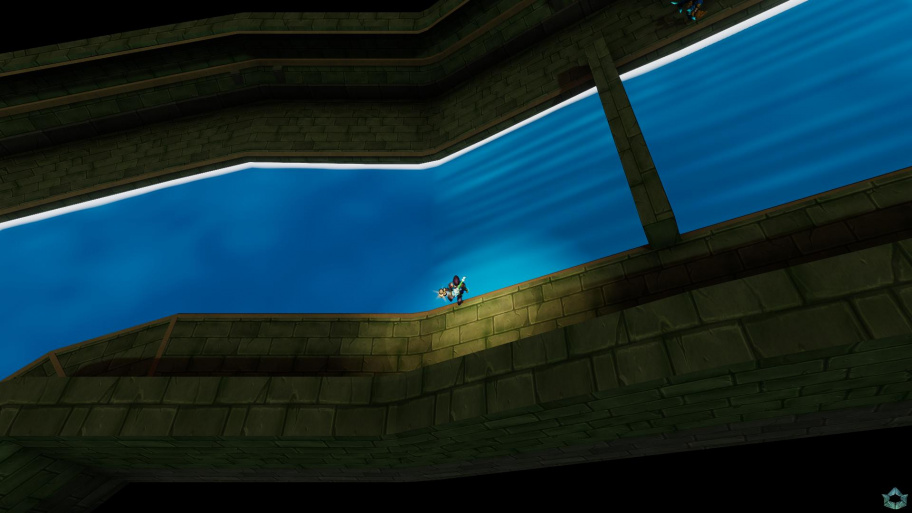 You will definitely not be able to drown in this.

The controls in some places are very inconvenient, like the mini-map. Scripts in quests break down every now and then, the game crashes periodically, other bugs happen – with the interface, for example.

I have not yet said that craft is almost useless here; that in battles a character of any class for some reason can use any weapon – the shooter will activate a class ability (like rain from arrows), even if he is not holding a bow, but a sword. There are also problems with the balance – you can endure crowds of enemies for hours with one left, yawning, and then suddenly a huge boss appears, frankly and out of place overcomplicated. 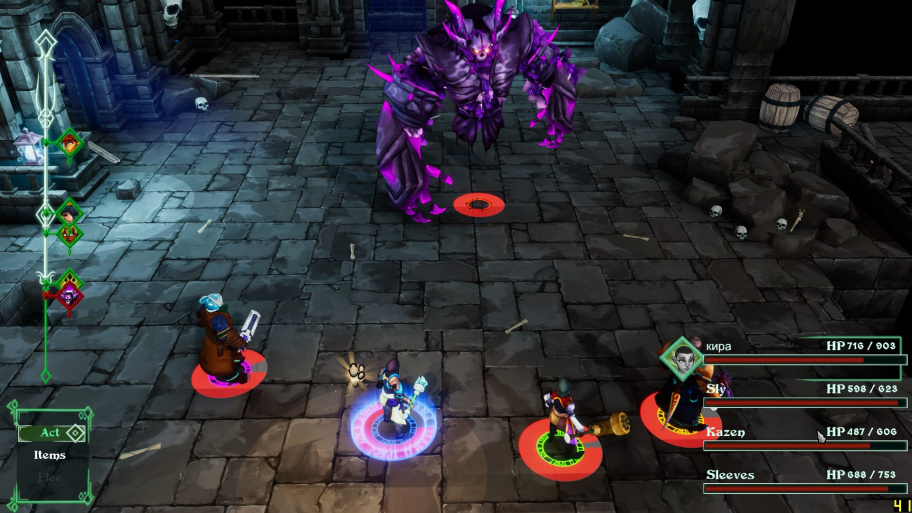 I had to tinker with him, but this is a rare exception.

Eventually Wheel of fate gives the impression of a game that bent under the weight of its own ambitions. There are interesting ideas, but their execution is frankly unimportant.

Pros: have their own ideas; good music and art.

More than 15 multiplayer games on Android and IOS: what to play with friends in 2021?